【EVENT REPORT】
Onitsuka Tiger held the presentation of MEXICO 66™ CACTFUL™,
the first-ever product using a cactus-derived material,
at the Embassy of Mexico in Japan

The product launch party was attended by many gorgeous guests, including TWICE MOMO,
who has been appointed as the brand ambassador for the Asian region! 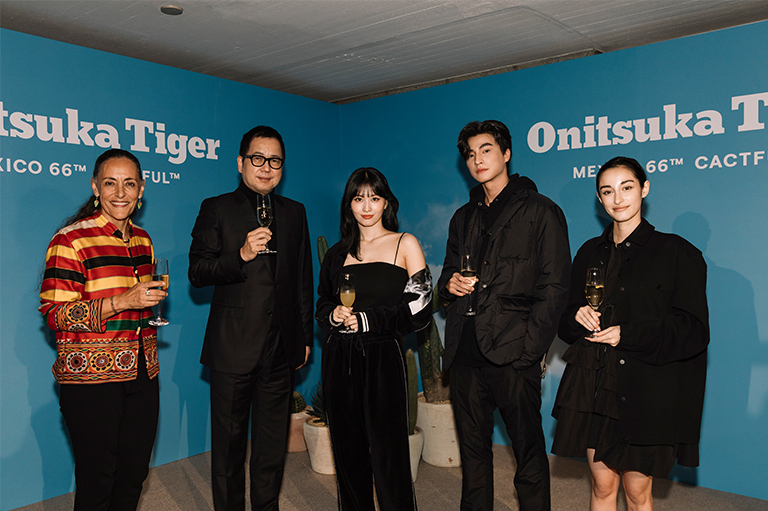 Onitsuka Tiger has announced the launch of the MEXICO 66™ CACTFUL™ sneaker, a new version of the brand’s signature MEXICO 66™ shoe model using a cactus-derived material more than 20% in the upper for the first time. We have co-developed a new material with DESSERTO (R) engineers that uses Mexican cactus fibers as the raw material for the upper, which features a production process that targets reducing environmental impact and meets the quality and product standards established by Onitsuka Tiger’s intelligent technology and can be deployed on a global scale. While keeping the iconic design elements of the MEXICO 66™, five custom colors are available to enhance the soft texture that is characteristic of this material, which is difficult to express in real leather. Another feature of this cactus-derived material is lightweight, which is utilized in shoe design, as well as containing a proportion of recycled materials in the shoelaces and other parts.

At the presentation, Ryoji Shoda, Head of Onitsuka Tiger Company, and H.E. Ms. Melba Pría, Ambassador of Mexico to Japan, took the stage and explained that not only an affinity of common roots—Mexico—one of the reasons that gave birth to the MEXICO 66™, a symbol of Onitsuka Tiger, to this material, which is derived from the Nopal cactus that grows in abundance in Mexico, but also the potential of this environmentally friendly material led to the development of this innovative material and the release of the new product. 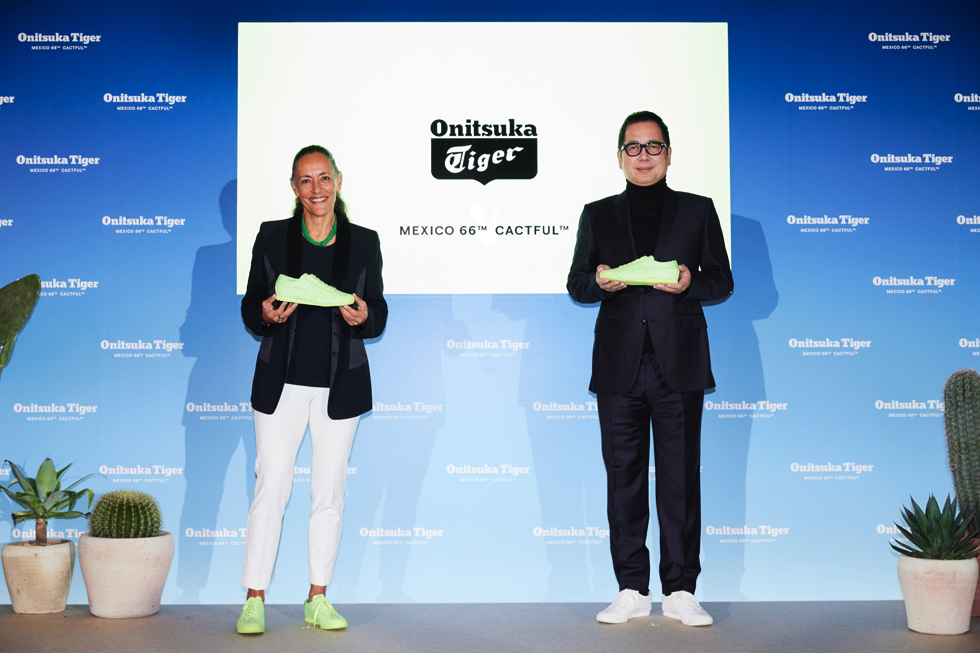 During the product launch party, prominent guests from around the world, including TWICE MOMO, who became the brand ambassador for the Asian region, and Gulf Kanawut, an actor from Thailand, appeared on the Green Carpet inspired by the cactus.

The MEXICO 66™ CACTFUL™ will be available at Onitsuka Tiger flagship stores in 15 countries worldwide from January 2023. Enjoy the texture and coloring that can only be reproduced from cacti grown in the land of Mexico 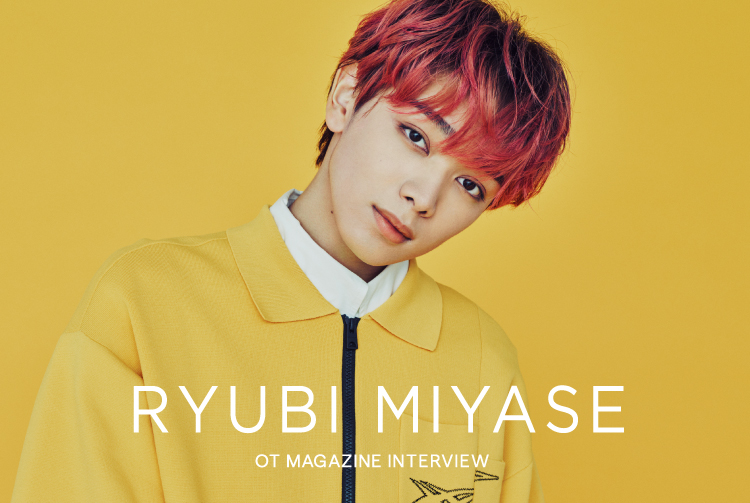