The Onitsuka Tiger 2019 Autumn / Winter Collection, the newest Onitsuka Tiger collection debut, was unveiled on April 15th at Case B in Harajuku. The theme of the season is Downtown Rave. The Berlin club scene provided the basis of this look, which morphed into a central style of the Euro fashion scene, inspired by a collection of styles from the 90s club kid generation. 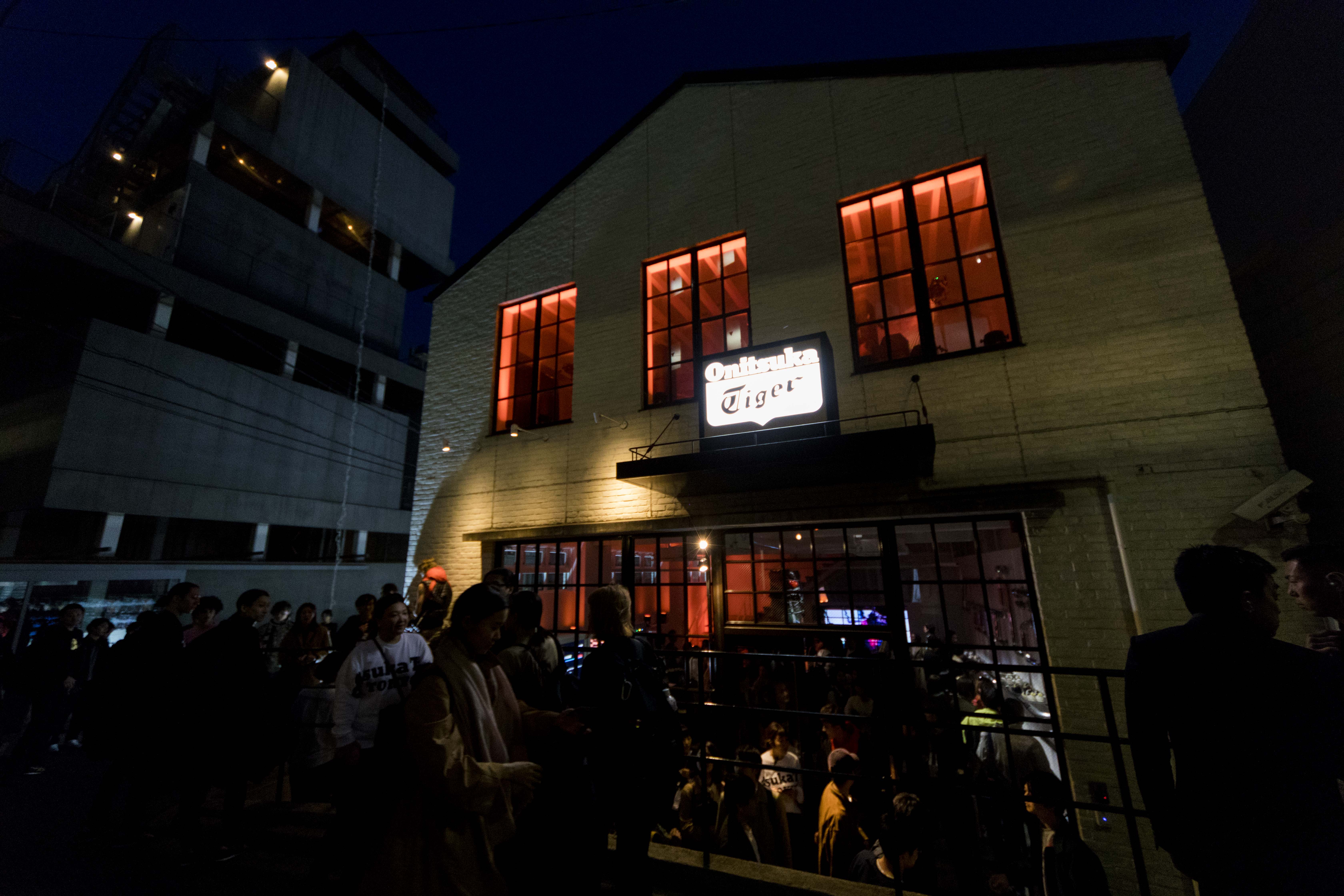 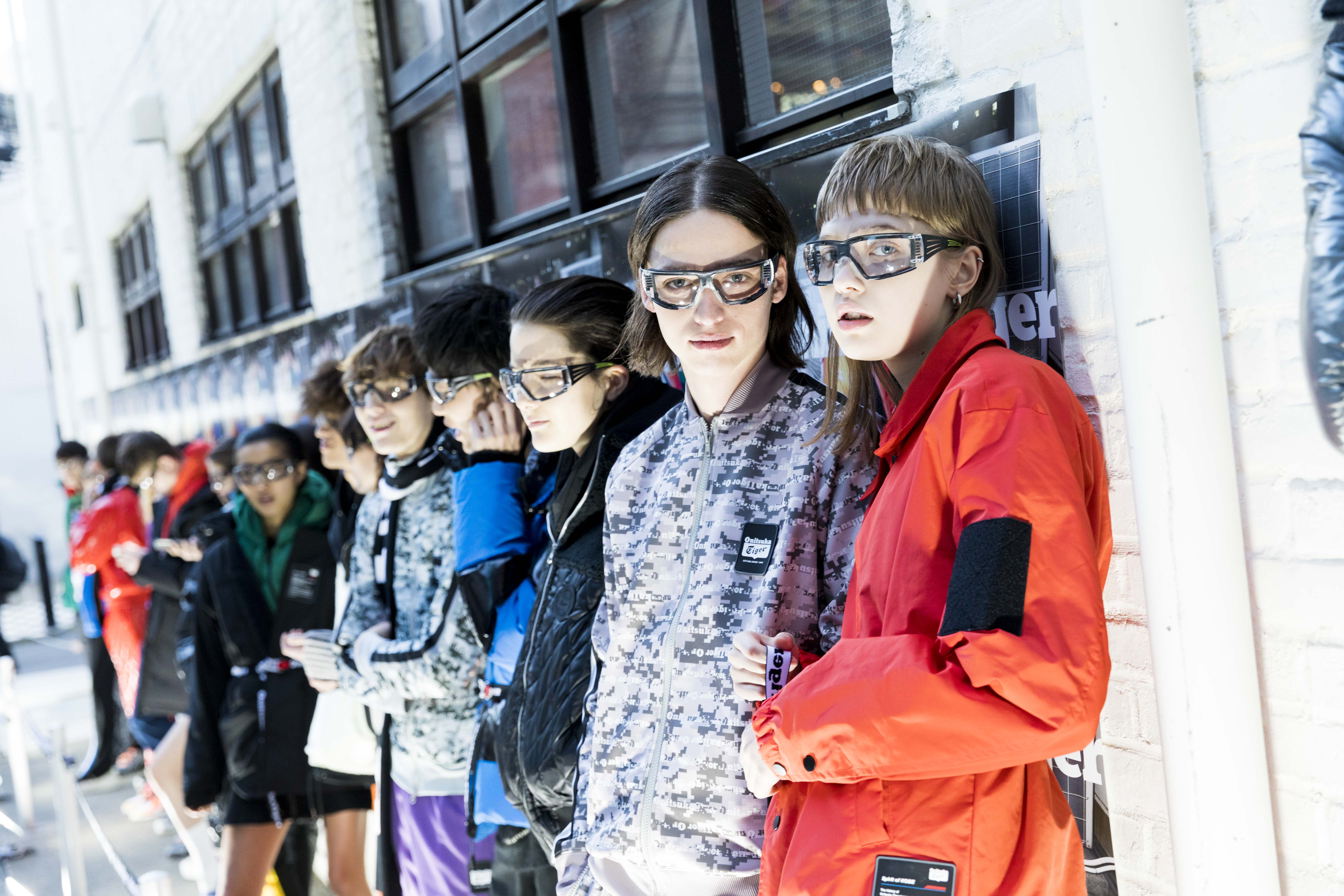 Arriving at the party venue, the first thing to take note of was the exterior of the building, which was surrounded by models.

At the club entrance, there were lots of people in line adorned in a range of Onitsuka Tiger gear, almost like a brilliant show window with their best-of collection. People passing by in the street were stopped dead in their tracks to catch a glimpse of the spectacle. 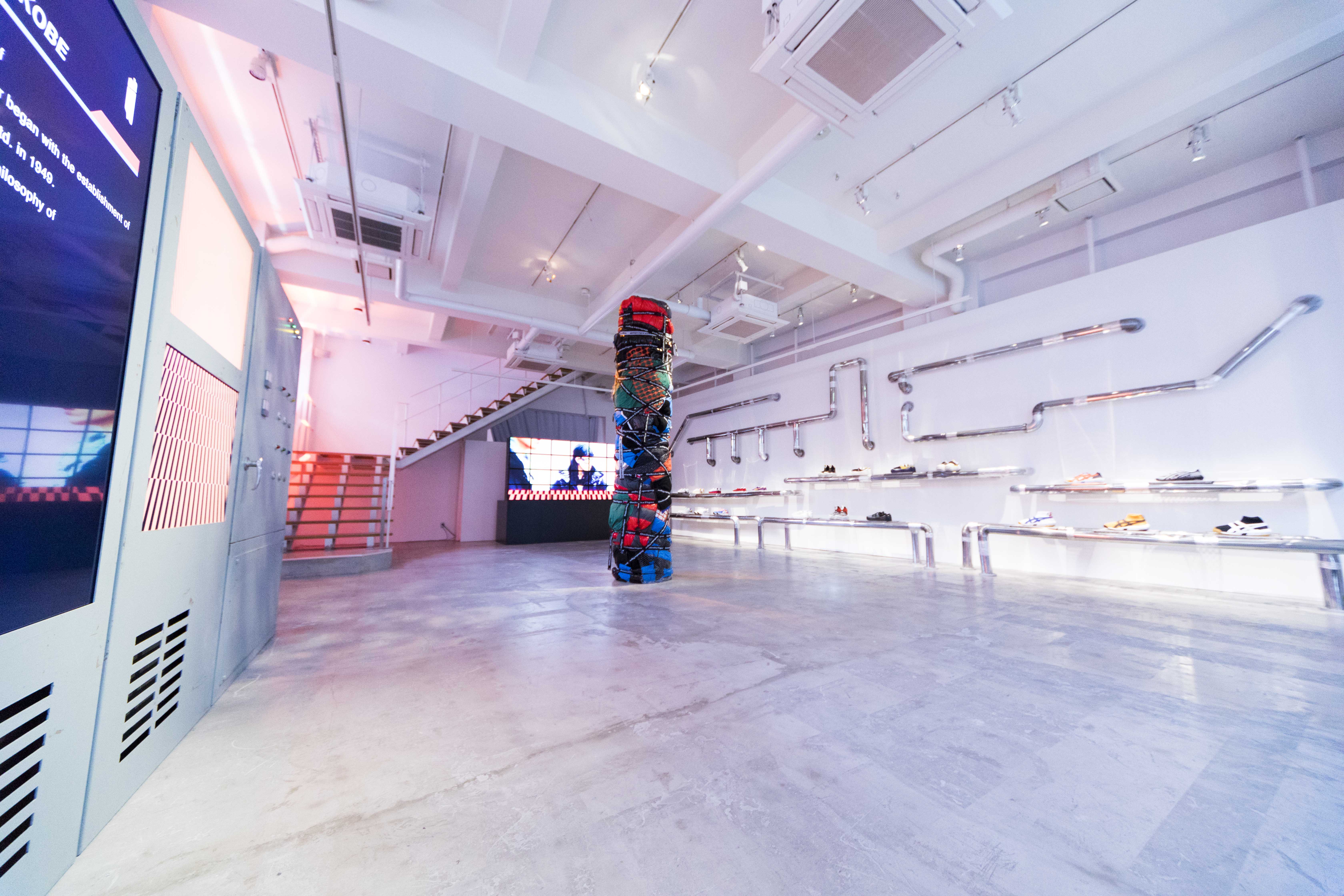 Inside the venue, there were all kinds of sounds and digital art conjuring up images of the 90s club scene in Europe, it had a very underground vibe. In the center of the floor, apparel items were stacked up into a tower, a symbolic gesture of enshrining the Onitsuka Tiger name. Plus, there was a futuristic display, made with pipes and featuring a new lineup of shoes. The vivid colors and novel designs made a lasting impression, catching the interest of all kinds of people. 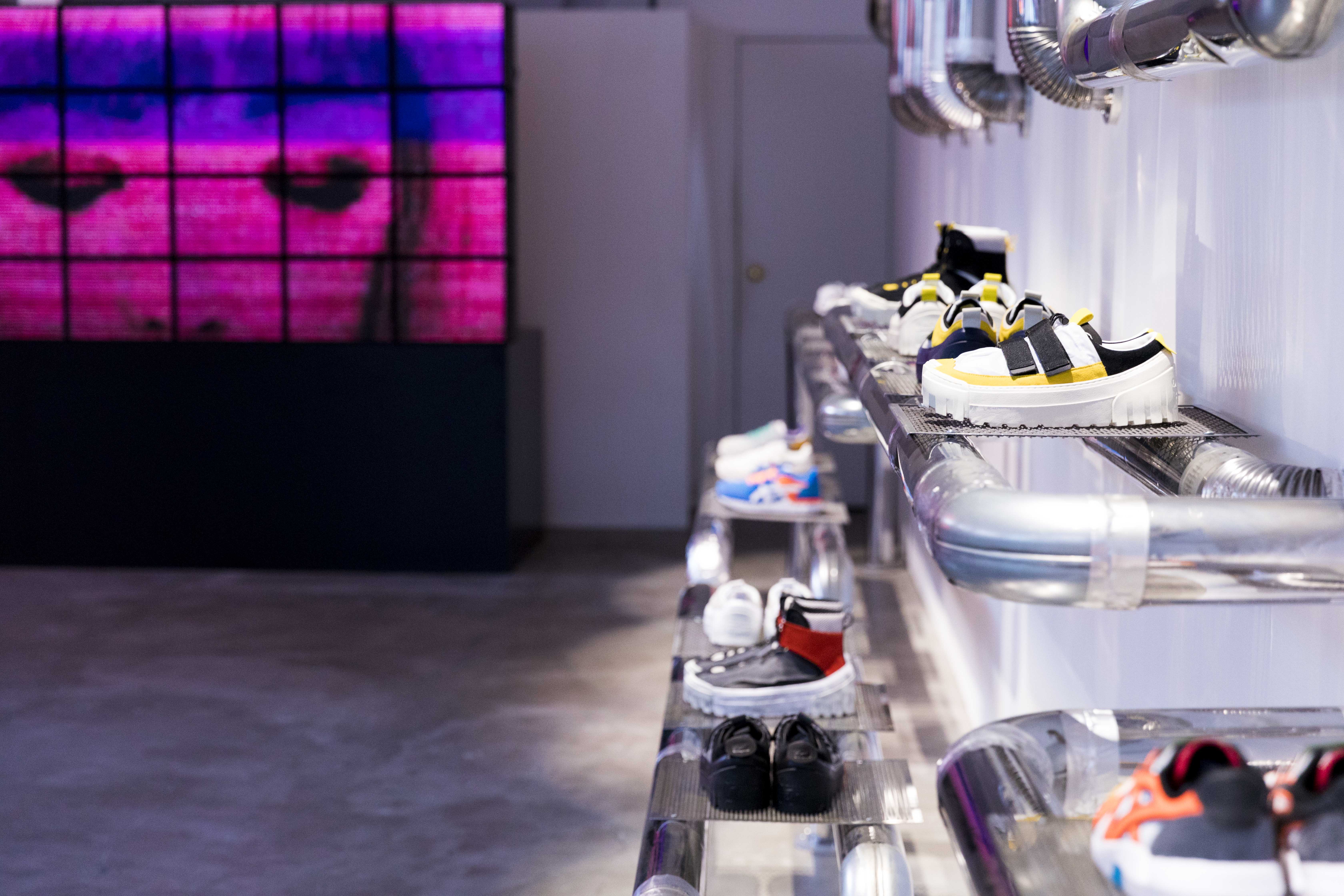 The highlights of the Autumn / Winter Collection that visitors caught a glimpse of centered on stylish athletic wear with designs featuring patches and prints emblazoned with bold slogans, graphic snowboarding fashion, and other looks characteristic of the classic underground club scene ensemble; simple, loose-fitting, and comfortable, as well as contemporary designs. And for footwear, the shoe lineup was all thick soles and big logos, with lots of bold, in-your-face design elements.

Everything at the 2019 Autumn / Winter unveiling event, from the layout and sound system, right down to the finger food, was prepared with an Onitsuka Tiger fashion viewpoint and this new line. There was a great response from fashion bloggers and the media, as well as the fashionista community and other fashion people, all excited about the new seasonal Collection. 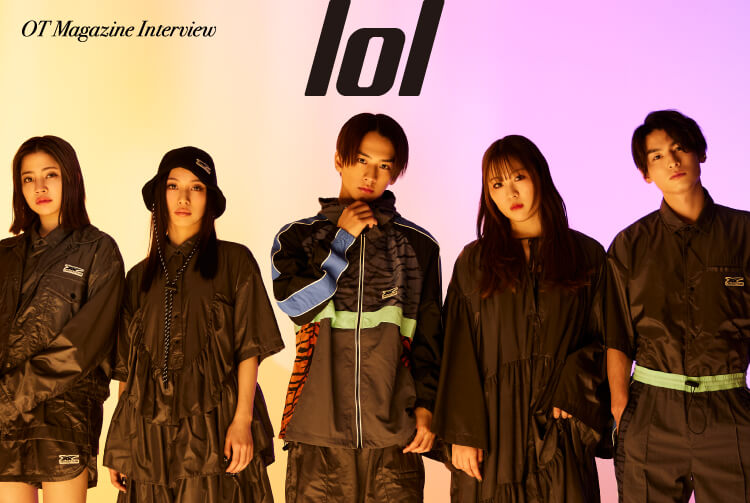