The NIPPON MADE series, whose show the world the quality of Japanese craftsmanship, now has a new MEXICO 66 DELUXE item. With an autumn colors motif, the design is classic Japanese.

The elegant color scheme featuring a mountain range bursting with autumn foliage is the work of a traditional handcraft dyeing technique called the Daisen Yuzen method. Daisen Yuzen originates from Tottori Prefecture, the hometown of Onitsuka Tiger’s founder and the birthplace of this kimono dyeing technique, which is used in dyeing the fabric in different colors several times to create a deep color gradation. 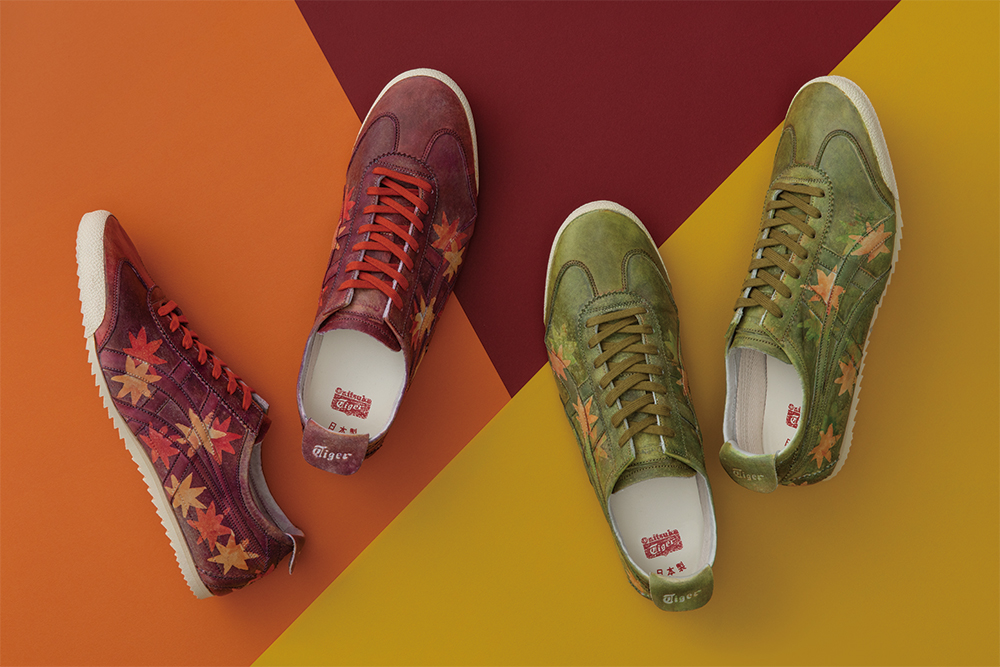 For this new model, the craftsman uses several kinds of dye in an ombre dyeing process, after which it’s dried, and the autumn leaves are hand-drawn one by one using a brush; then the process is repeated. The artisans’ secret techniques draw forth the essence of the autumn leaf colors, creating a distinct color scheme which brings the image to life.

There are two options to choose from: FIERY RED×SANDSTORM leaves quite the vivid impressions, whereas HUNTER GREEN×SANDSTORM is very chic. Wear these when you want your feet to be the center of attention.

The MEXICO 66 DELUXE skillfully recreates scenes of Autumn in Japan, and with all the craftwork done by the domestic artisans of the NIPPON MADE series, you can see our delicate yet bold view of the world. It functions as a veritable collection of Japanese artisanal quality.