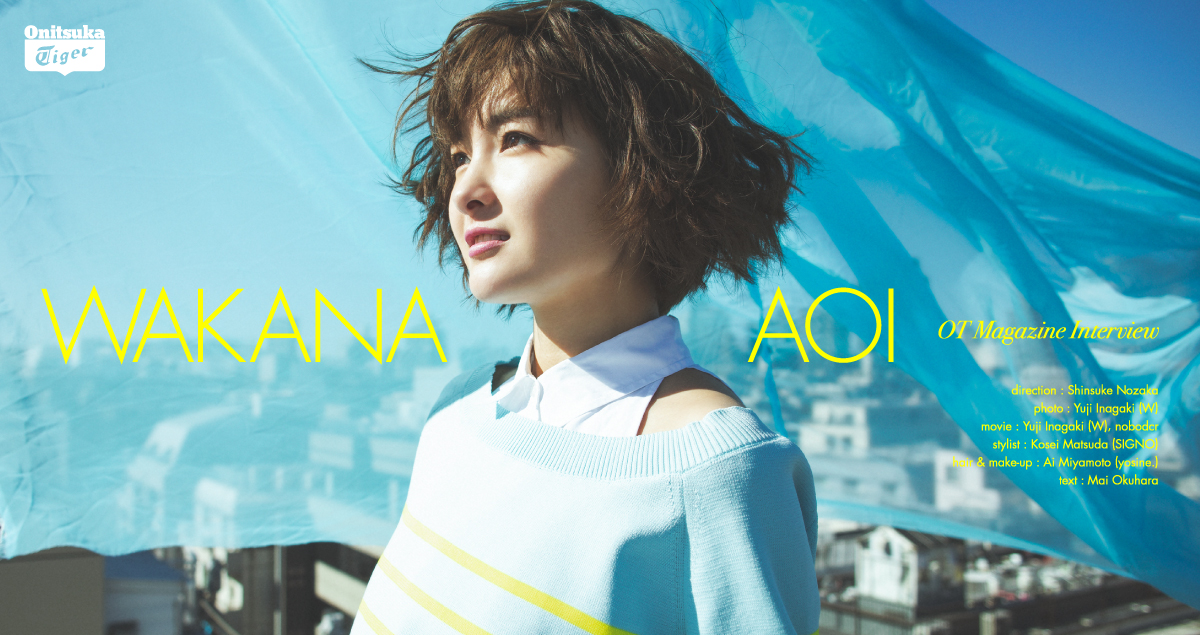 I want to challenge myself at anything I take an interest in!

In this photo shoot which was set up under a clear bright sky, Wakana Aoi was all smiles receiving power from the sun and the color of her clothes. She undertakes everything earnestly with quiet, strong determination. I asked her about how she envisions her future, including the kind of actor she sees herself becoming. 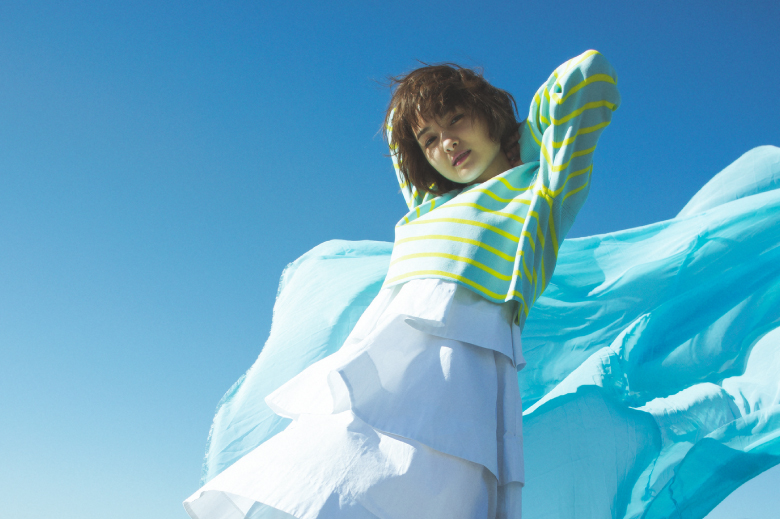 The ensemble for Look2 has been accented with bright colors appropriate for spring. She usually opts for a casual style of clothes for her ordinary garb and prefers distinct, dark colors. She particularly likes red and often chooses red colored items, but recently yellow colored items in her wardrobe have increased. “This dress up was what I imagined an Onitsuka Tiger garb to be. The yellows used as an accent were colors I have recently been fond of myself. I have been naturally drawn to yellow items and recently purchased a bag and a knit. I feel happy just holding them, so it may be my lucky color for this year.” 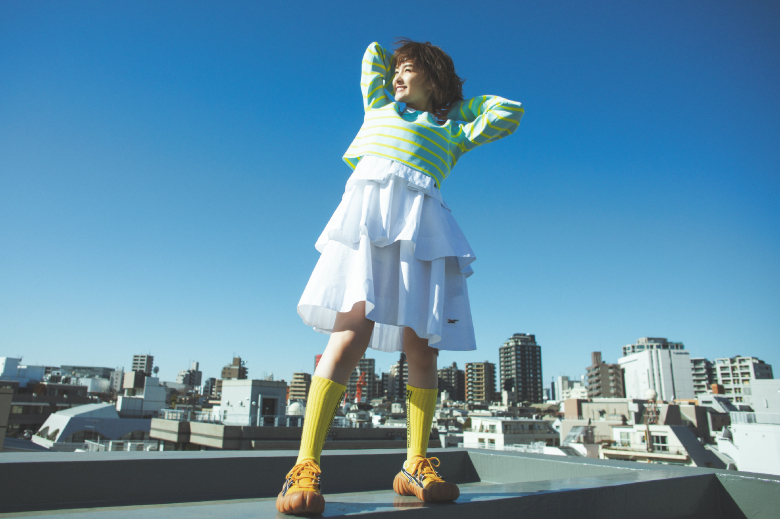 What kind of girl does she envision herself becoming ten years from now? I asked her about the ideal female image she aspires to. “I want to be someone who is generous for having breadth of character. A person who can handle a hard situation calmly and adeptly. The person I am now is liable to get flustered (laughing). If I am inwardly flustered at times, I will calmly deal with a situation so as not to cause confusion. I want to be the kind of person who makes others feel safe just for being around. A person with the fortitude to be inclusive.”

As an actor, Wakana plays different roles. What does she think about and put effort into in creating a role? “Because I have been acting since I was a kid, there are many things I can’t do that normal people my age can do without thinking about. I may play the role of an OL at a company or a member of a family unit — suffice it to say, people who are not entertainers who associate with industry players on a daily basis. It is a very particular kind of industry I work in, which is why I want to cultivate common sense sensibilities and keep in touch with current trends by talking with friends and reading, etc.”

In 2020, people struggled on despite the coronavirus stopping them from accomplishing their goals. When all work came to a stop and then started up again to a certain point, Wakana was so happy to be performing again. What kind of challenges will she take on as an actor henceforth? “When all the work stopped, I thought about the good things and the bad. There has been no other time in my life when everything has just stopped, so I became aware of just how much showbiz has become a part of my life. I want to continue honing my craft as an actor, but as I am generally interested in self-expression through words, I would like to try my hand at talking on the radio, writing, reciting stories, or any opportunity that will allow me to use words. I want to challenge myself with anything I take an interest in!” 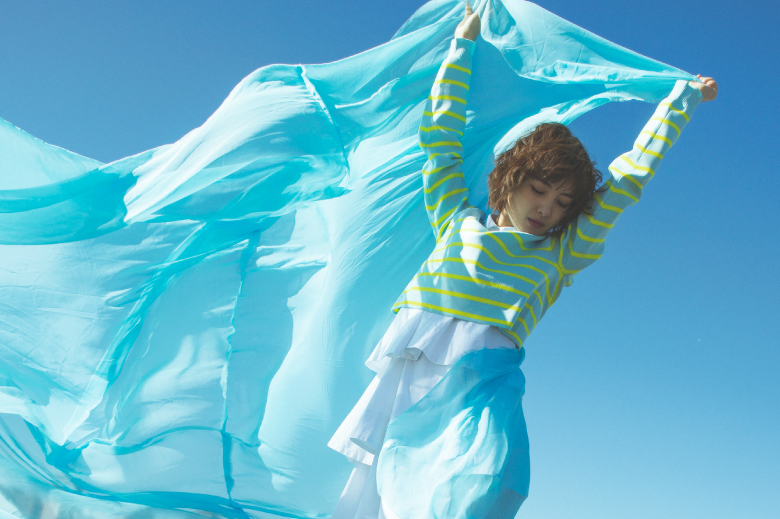 For the photo shoot, she accurately grasped the taste of the clothing wear and considered how to show herself. In the interview, she looked straight at me while choosing her words to properly convey what she wanted to say. Her earnestness was felt throughout. While remaining true to her diligent self, she will no doubt continue to press onward to achieve her goals.

Born June 30, 1998 in Kanagawa Prefecture.
Debuted as an actor in 2009. Since then, she has appeared in a broad range of television dramas, film, and TV commercials.
In 2017, she played the heroine Ten Fujioka in the NHK TV serial drama “Warotenka.”
In March, she will appear in the adaptation of a Broadway musical “The PROM,” as well as the WOWOW TV serial drama “Influence,” and the WOWOW original drama “Yonimo Kimyona Kimi Monogatari.” 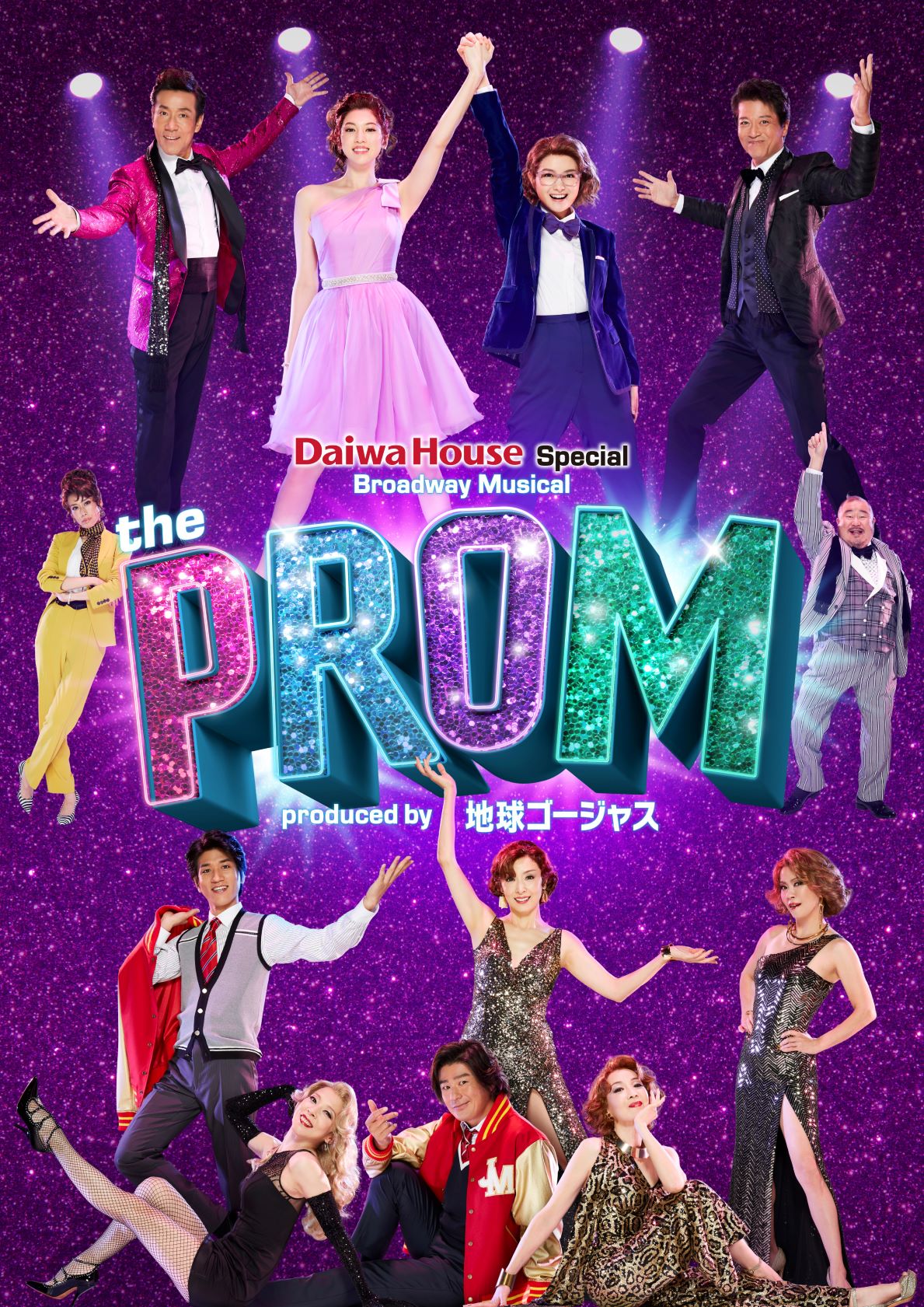 “The Prom” is a dance party for those graduating from high school in America. Emma (Wakana Aoi) a student at an Indiana State high school who tries to go to the prom with lesbian partner Alyssa (Ayaka Miyoshi), but the PTA does not want to accept diversity and cancels the prom. For this reason, Emma is bullied at school. Then down-on-their-luck former Broadway musical stars (D.D. Allen, Angie, Barry, Trent) hear about the ruckus and come to the town to help Emma and create their own publicity.