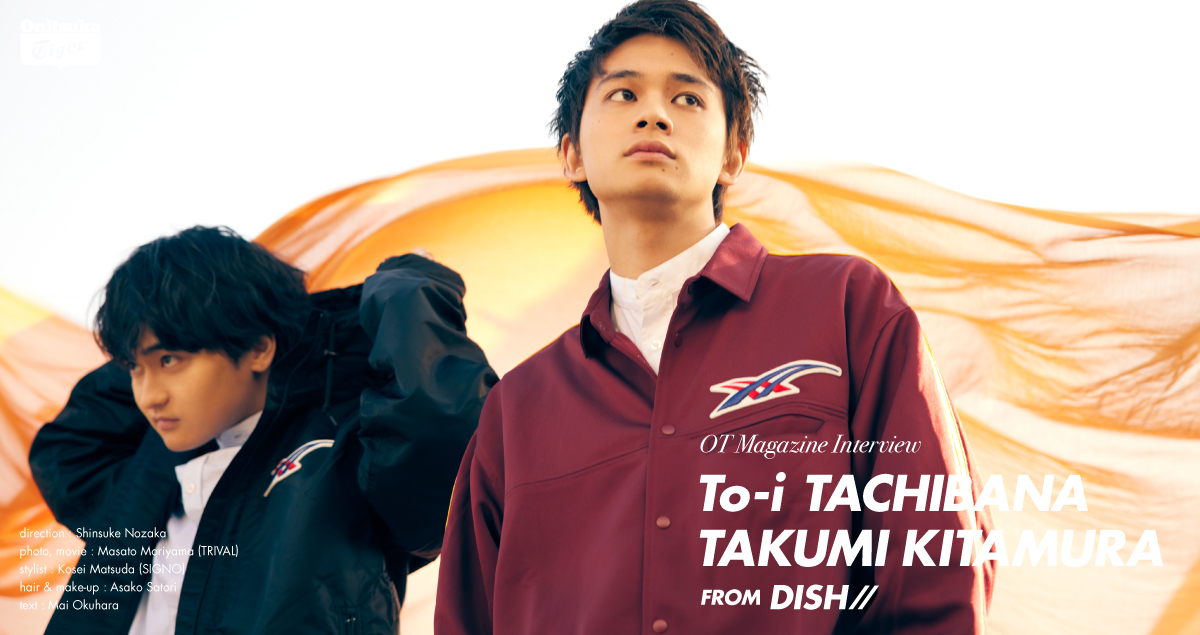 We want to show the new us through our work

It has been ten years since DISH// was formed. While coming face to face with the job of pro-ducing music, the band members have set new goals and aspirations. As they pursue these goals, how have they raised the bar for each other? I asked them about acting, music, and their thoughts on the other band members. I also asked them how they see themselves in the future. 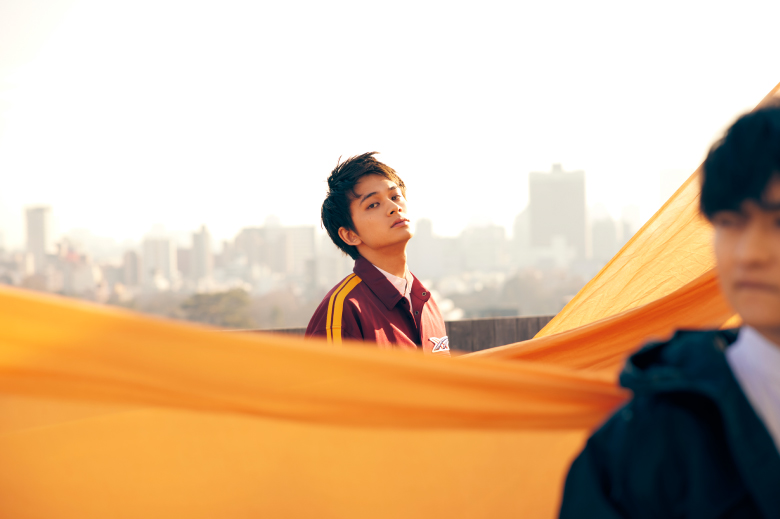 Coordinating a sporty element with a trim shirt. In LOOK 2, the goal was to pair up two differ-ent clothing styles. Kitamura and Tachibana were both happy with their outfits as they are en-sembles that they might normally throw on.
Kitamura: This outfit is comfortable and easy to wear. I like this sensibility of deliberately mix-ing and matching two different clothing styles — a track suit with a dress shirt. I often wear something like this too. The sneakers fit well and are comfortable; they are close to what I normally wear.
Tachibana: The windbreaker is an item I like. I personally have several windbreakers. I also like how it is a high-necked zipper. As my preference is casual street-wear, I think I pulled it off with this getup as it was not that different from what I normally wear. 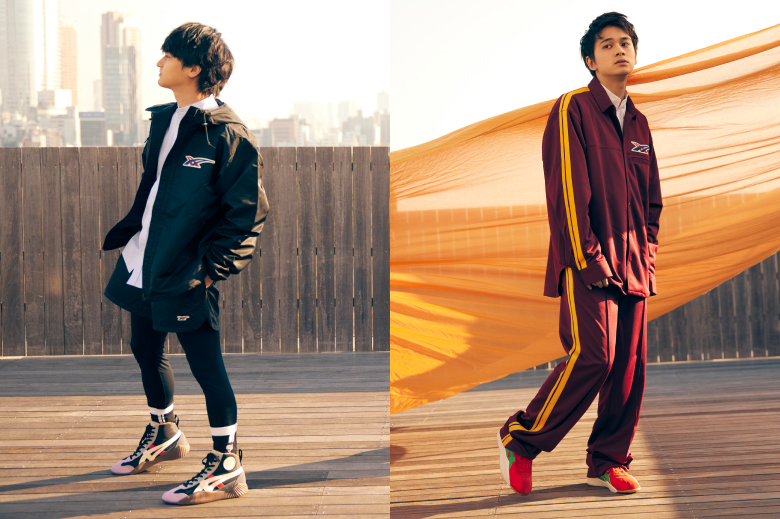 Synergy is created by combining two different clothing styles. Similarly, the characters of the band members combine to make the best music, and they have continued to share the spotlight for ten years now. They have each taken on roles in the band spontaneously. How do they see each other, and how have they influenced one another?
Kitamura: Toi and I coordinate the opinions of DISH// band members. We communicate mes-sages, and if the staff and band members are not on the same page, we discuss things over and over again. Drummer Daichi Izumi is cultured and gives us emotional support. We can always count on guitarist Masaki Yabe to afford the band with some objectivity.
Tachibana: Yes, that’s so true. Masaki has a lot of stamina when playing to a beat and is men-tally solid. Masaki is also easy to understand because he switches on and off between work and play. When he is off, you almost don’t recognize him if you see him outside, but he shines when he is on.
Kitamura: When he is on, he builds up a persona that is not himself. If Toi and I are energetic, Daichi and Masaki are passive.
The four of them had been friends before forming DISH// and have spent half their lives to-gether. They fought at times in the beginning, but now they share everything whether at work or play. They feel at ease around each other as though they have been friends since childhood. What kind of changes has the band undergone with their music?
Kitamura: I have recently started to feel that it was good that I pursued music. Music is a pro-cess of creating 1 from 0. Actors turn 1 into 100 or 1000. While both jobs are expressive, they are slightly different in terms of the creative process. The process of turning 0 into 1 is a lot of fun and I feel I will continue to pursue music forever.
Tachibana: How I see and listen to music has changed. Making music has now become more enjoyable for me and I feel my life is more fulfilling. When I hear sounds, there are times when I see them as colors. It is like I feel a sound as a color. This tune must be this color. When I write lyrics, I think about moments when a certain color appears in everyday life, and then I connect them to words. The song “QQ (Queens)” in the album “X” is a lifestyle song. It was easy to write because I have been enjoying my lifestyle recently.
Kitamura: Toi’s lyrics are very mild and smooth, yet hit the mark. They are complicated and have depth. He has written some popular DISH// songs. “Loop” in particular, I feel only Toi could have written. 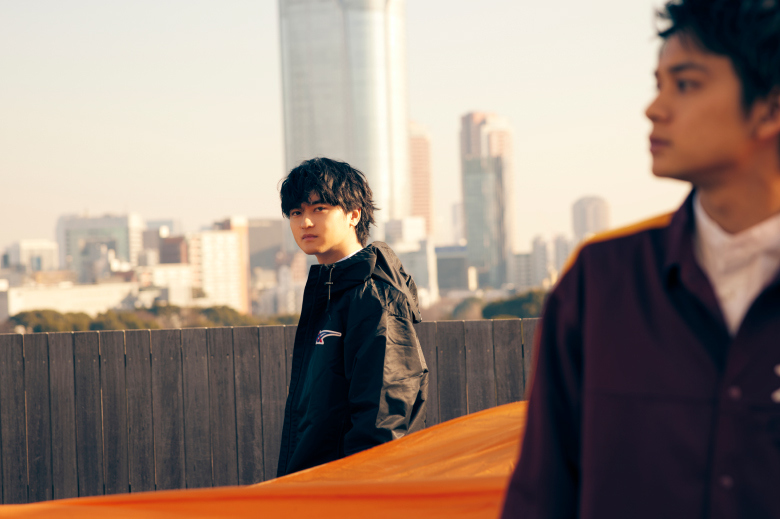 While the band made great strides in 2020, they were unable to accomplish their goals to the fullest due to the coronavirus pandemic. I have high hopes for them this year as actors and as DISH// band members in continuing to transmit their work.
Kitamura: We couldn’t do live gigs last year. Instead, we had a lot of breaks. During this time, when I thought about how to live my life so I would have no regrets, I reaffirmed how produc-ing things and self-expression are what gives me purpose in life. This includes acting, as well as writing, singing, and performing music. In 2020, we wrote a lot of songs. Album “X” is the fruit of this labor. This year, I would like to see these songs produced. Last year, due to our song “Neko” going viral, we were invited to perform on various music programs on TV, re-ceived an award in the Best Song category at The 62nd Japan Record Awards, and got to see some splendid scenery. So now this has given us some new goals to aspire to through our song writing.
Tachibana: Whenever a plan fell through, we were like “not again!” Put simply, it was difficult to plan ahead. We should come to terms with the state of affairs and accept things as they are. But this does not mean our lifestyle will change or that we are less motivated about our work. We shouldn’t expect too much from what the future will hold. We are just doing the things that we can do now. 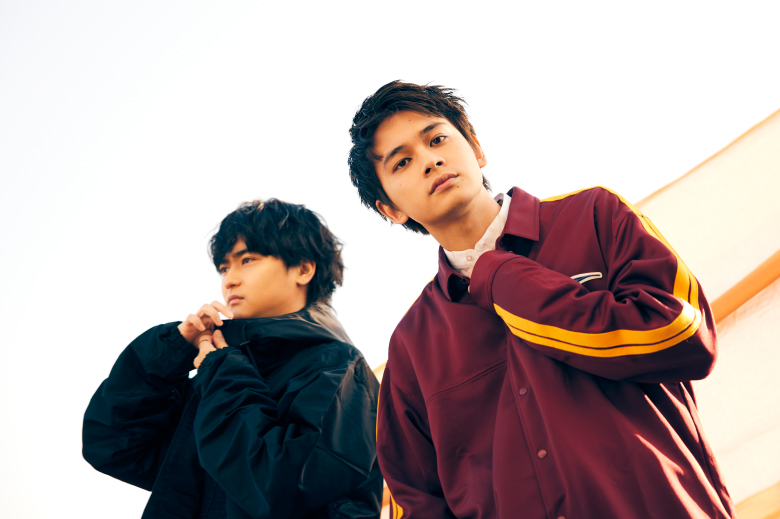 Both Kitamura and Tachibana have continued to hone their craft as actors and musicians. I asked them how they envision themselves in ten years time. Where will they be, what kind of people will they be, what will they be doing?
Kitamura: I have a firm idea of what I would like to be doing in 20 or 30 years time. I will first buy some land. Together with my future wife, I will open three shops in a single building that will house a curry restaurant, a coffee shop, and a used clothing shop. We will sell clothes that we like, coffee that we choose, and curry that we make. We will do what we enjoy every day, and occasionally take away the partition separating the three shops and turn it into a live house. I have been envisioning this for quite some time.
Tachibana: I hope to continue making music. We often talk about how we are jealous of bands senior to us bringing their families to festivals and such. Band member families watching the show from the seats come to the greenroom after the show and pleasantly chat with each other. I have always had a yen for that. No matter how old one gets, to be able to enjoy music to-gether with everyone’s families.
Kitamura: I would like to be married in ten years time.
Tachibana: In an interview ten years ago, we said we would like to be married with kids in ten years time. But now, ten years later, no one in the band is married (laughs). Our life’s theme is love, after all!
Kitamura: Yes, that’s true. Whether it is your work or music, love is most important! 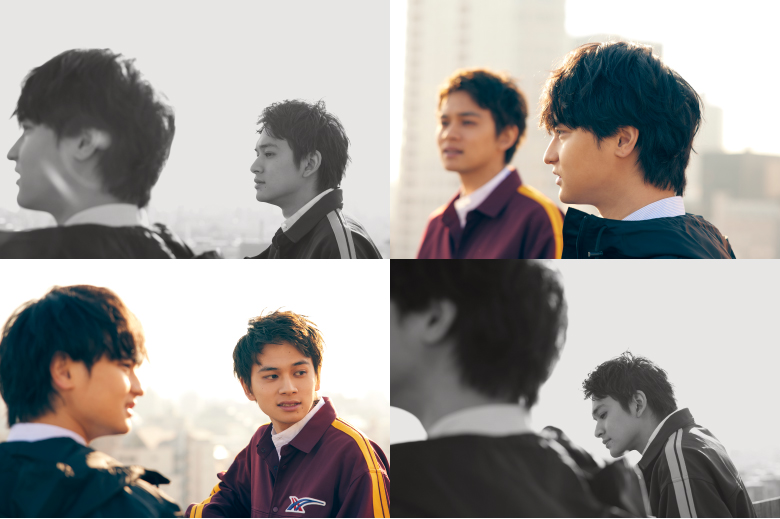 What will DISH// deliver this year and what challenges will they take on? And what kind of wonderful music will they produce? I can’t take my eyes off DISH// as they struggle on to ar-rive at the future they envision.

Takumi Kitamura
Born November 3, 1997
The film in which he plays a part, “Kudakechiru Tokoro wo Misete Ageru” is now playing.

Toi Tachibana
Born October 15, 1995
He is involved in a wide range of activities such as live radio and gaming. 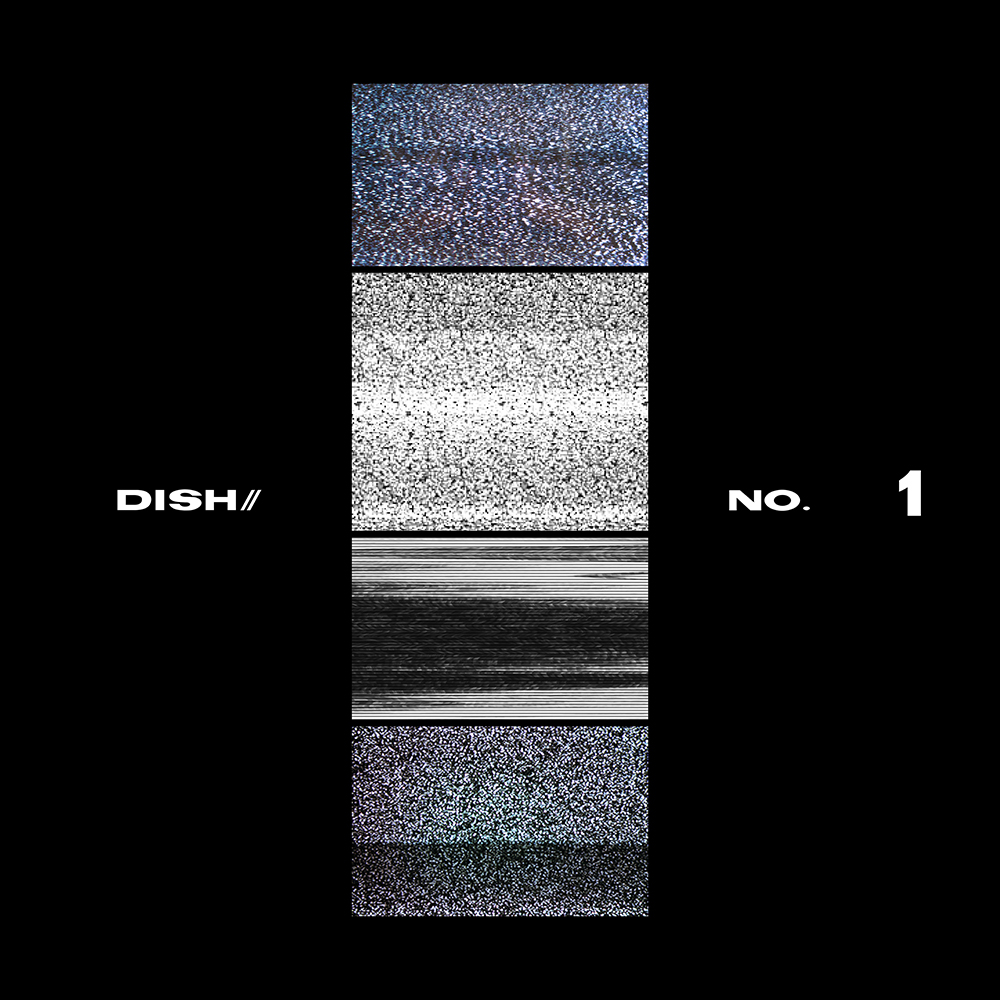 DISH//’s 4th album “X” is now on sale amid enormous popular acclaim.
Their long-awaited new song “No.1” is the theme song for the 5th season of the anime “My Hero Academia.”
https://dish-web.com/