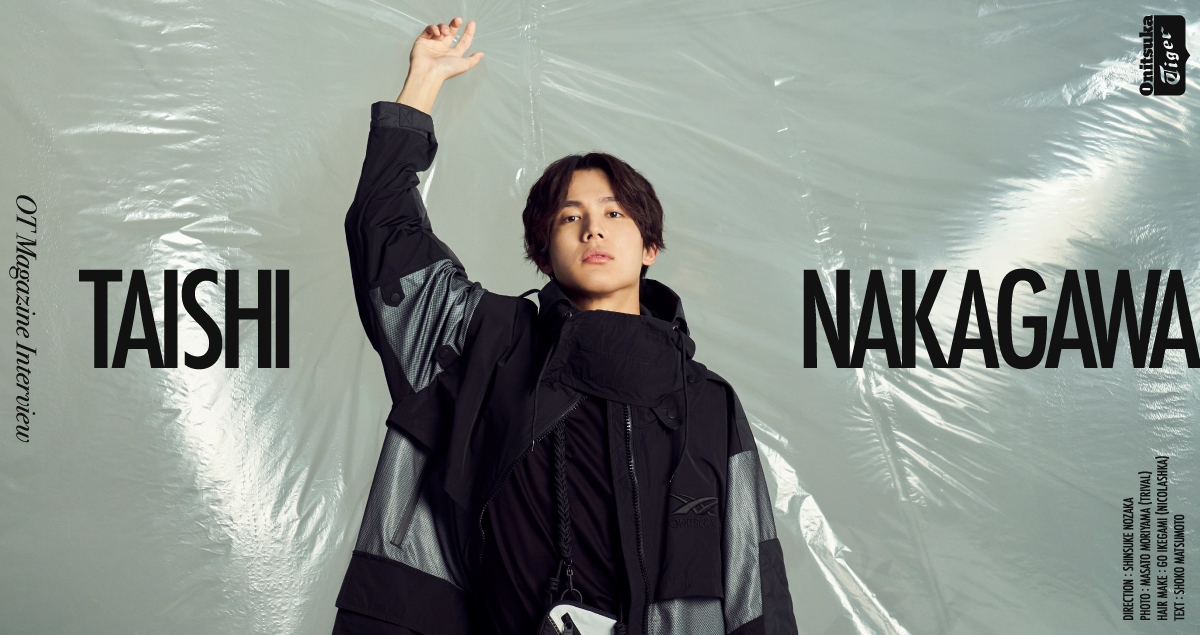 Establishing his own persona
while being open to change

Taishi Nakagawa has been acting since elementary school, adeptly playing roles in film, TV dramas, and short stories. He moves his lithe body freely in front of the camera. In two separate interviews, he talks about his work as an actor, his private life, and his aspirations for the coming year. 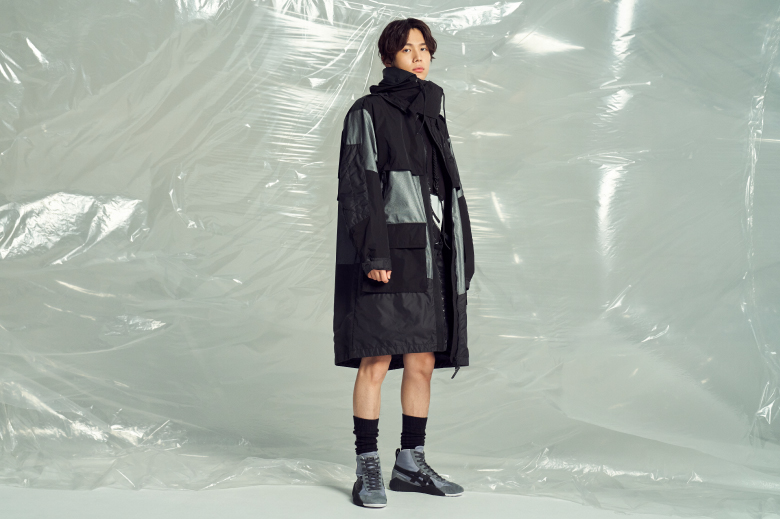 Acting since he was a small child, he is chameleon-like actor who can play diverse roles. At just 22 years of age, his career as an actor already spans more than 10 years. “In the beginning, I jumped into the acting world not knowing which end is up. But it was stimulating for me as an ordinary child to work together with adults to create something. I was gradually bitten by the acting bug – playing someone who is not myself. Before I realized it, 10 years had gone by. I consider acting to be my true calling, and hone my craft with a greater sense of responsibility and gravitas.” 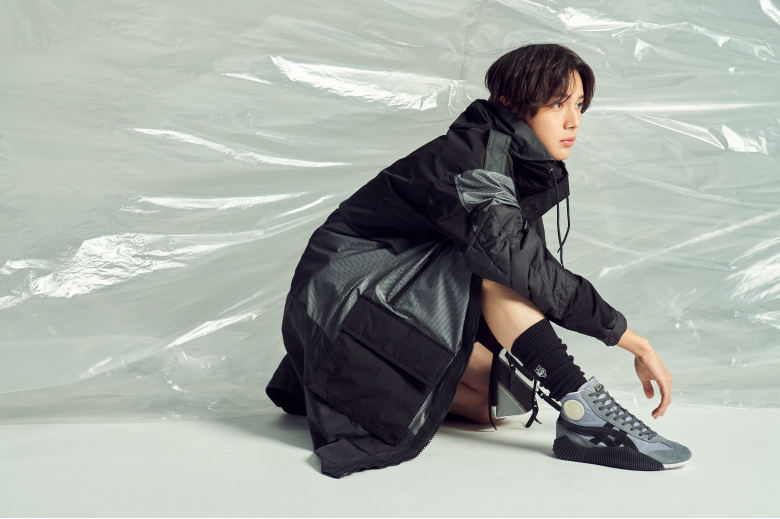 In addition to his acting, he is also generating buzz as a voice actor. In the anime “Josee, the Tiger and the Fish” to be released on December 25, he does the voice of Tsuneo, a university student. “While there is a large difference with a film or TV drama set, I am very fortunate to have worked as a voice actor on a number of anime. I feel that I am gaining more confidence with each new experience. The role that I play in this anime is one of the most true-to-life characters I have played so far and closest to my own nature, so I tried not to overly build a character and instead strove to be natural.” 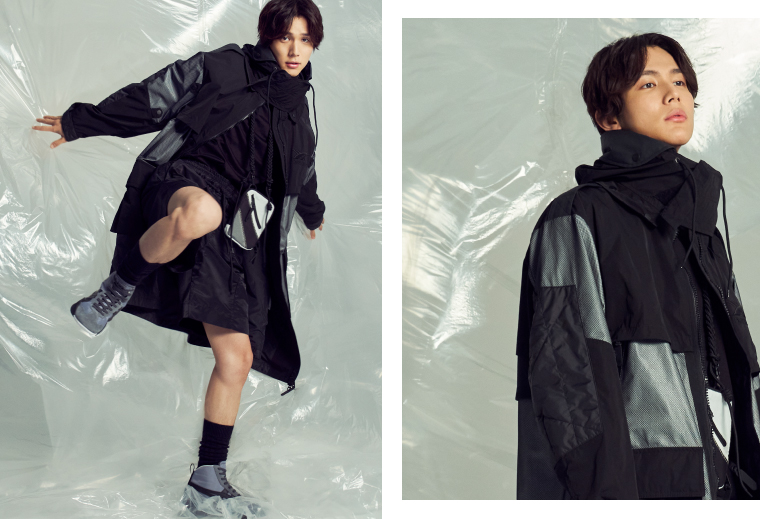 Ordinarily, he prefers a casual style and often wears a roomy outfit that enables him to swim inside his clothes. “While I would feel awkward if the outfit is too fashionable or elegant, I really liked the slightly wild mood of the Onitsuka Tiger pants and coat as the materials have an outdoors vibe. It was the perfect balance of wild and sporty. I also liked the combination of half pants and long coat with bulky shoes. This getup made me feel like trying it out on my own.” 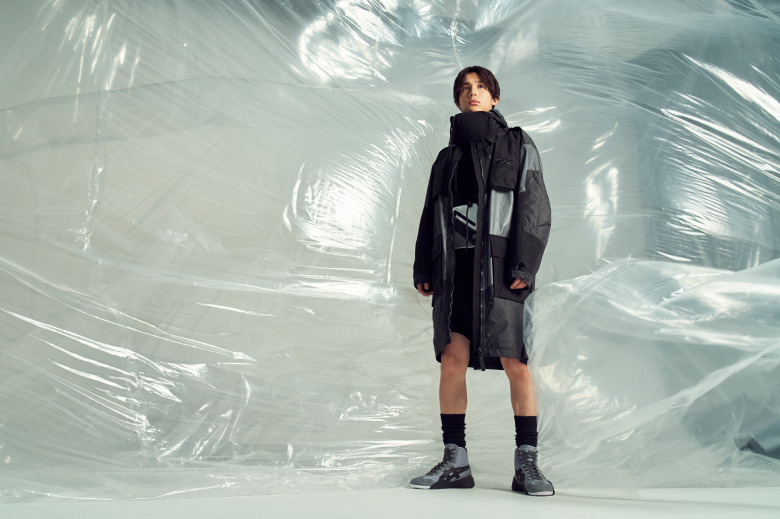 2020 was an unexpected year for everyone. There must have been many people who were forced to change their lifestyles. I asked him about his thoughts on the past year. “In the new year, I didn’t think that this year would turn out like it did. As we had time to get out of the workplace and time for self-reflection, I felt grateful for things which I had taken for granted before. I was so happy to be able to go on-site for work and enjoyed myself. I hope to continue to make strides while not forgetting this feeling.”

→In look.2 to be released in January, he talks about his private life including his hobbies and lifestyle.

Born June 14, 1998 in Tokyo. In 2019, Nakagawa received the Best New Actor Award at the 42nd Japan Academy Awards. His notable works include the film “Kids on the Slope,” the NHK period piece “Sanada Maru,” the TBS drama “Boys Over Flowers Season 2,” the NHK morning drama series “Natsuzora,” the TBS drama “You and I on the G string,” among others. Works standing by to be released include “I’ll Show You How I Break Apart” (April 9, 2021 release) and “Inubu!”(2021 release). In 2022, he is scheduled to appear in the NHK period piece “13 Retainers of Kamakura-dono.”

The film “Josee, the Tiger and the Fish”
For nationwide release on December 25 (Friday) 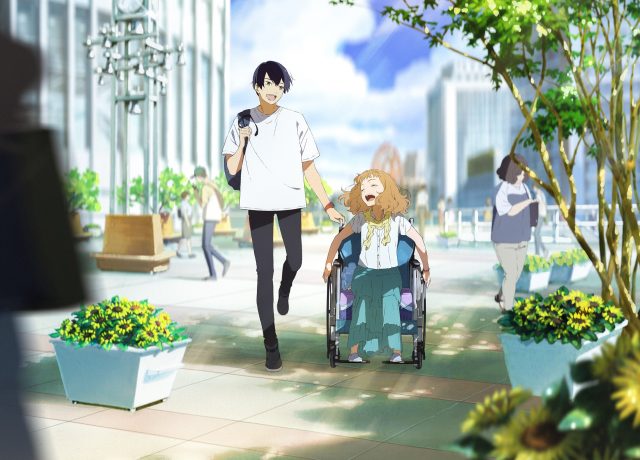 Tsuneo is a marine biology major who spends most of his time doing part-time work so that he can pursue his dreams. He meets wheelchair-bound Josee and starts part-time work as a home care worker for her. But cynical and bad mouthed Josee dumps on Tsuneo harshly, and Tsuneo rather than putting up with her pushes back without reserve. The distance between them narrows and with Tsuneo’s help, Josee leaps out into the wide world that is her dream.