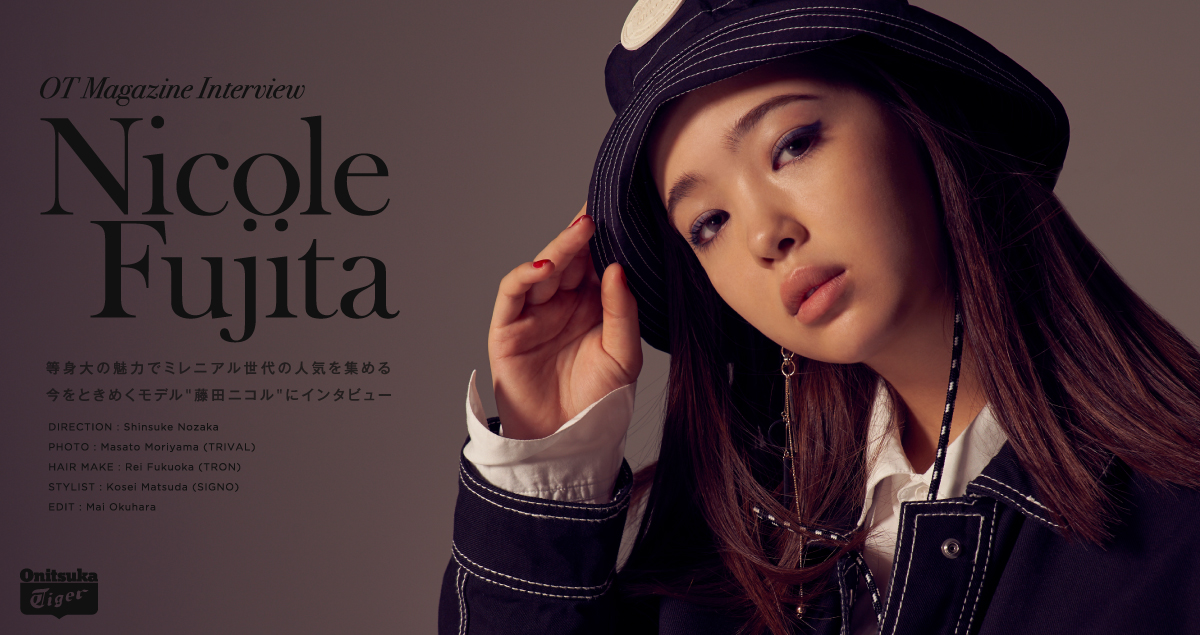 Her natural appearance makes her popular with the millennials
An interview with one of the hottest models around, Nicole Fujita

In addition to modeling, Nicole Fujita also has other sides to her talent roster, like her numerous appearances as a TV celebrity, plus the planning and supervision as producer of her hit brand NiCORON. We ask her about changes in her modeling career, and what she’s into these days, along with fashion and more. 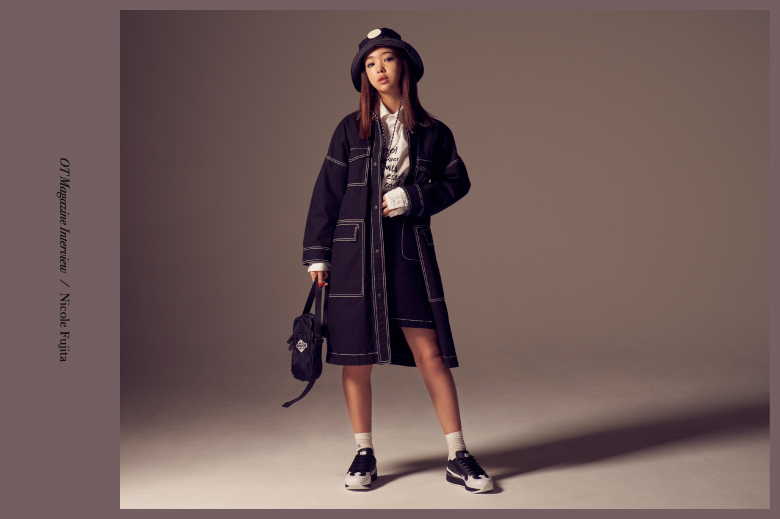 Individuality is simply being yourself
And having fun with fashion, without worrying about rules

Nicole Fujita has lots of TV appearances in a range of roles, attracting fans of all different ages. When asked about individuality, she carefully mulled over the question before sharing her point of view. “As far as fashion goes, people are always like, Oh yeah, you’re following that XYZ trend, right?, but it’s not about coming up with a personal set of rules or anything like that. I want to wear stuff from all kinds of different fashion genres. It’s hard to find out who you really are. But I think it’s probably best to just be yourself, that’s the most individualistic thing you can do.”

Her regular street clothes are all completely casual. She mentioned that when she’s doing a job that requires lots of different costumes or outfit changes, she usually wears sneakers. “I think casual clothes suit me best the way I am now. So I’m always wearing sneakers,” She only wears heels for special events happening during her days off. So that leaves her with a shoe closet that’s probably about 3/4 sneakers. 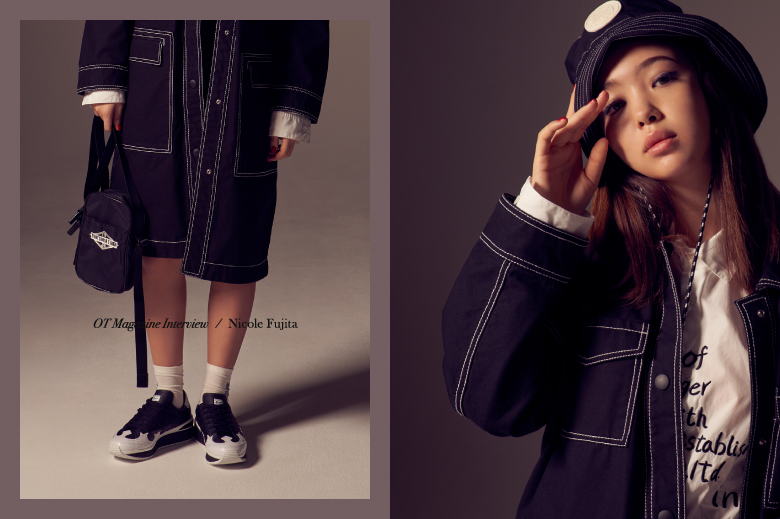 For this shoot she wore some stuff from the Onitsuka Tiger Spring and Summer collection, with two different kinds of patterns. So she was able to have two different looks; one showing a cool side, and one with a more feminine, natural look. “I haven’t ever really worn anything monotone before, so that was something new for me. My outfit had an urban street feel, along with a more edgy kind of fashionista makeup style, I thought that was a pretty cool look. And the bucket hat is something I’ve been wanting to try for this Spring, so I was happy about that. So yeah, we came up with the second styling set with a very Spring feel.” (slated for an April release)

The sources used for those looks came from magazines. She reads ViVi, a decidedly non-mainstream style, and also Popteen, in which she used to model. “Each magazine has its own tastes and trends, so it’s fun to check different kinds of magazines for ideas. Also, I check Instagram regularly. I’m following a bunch of accounts related to cosmetics, I really go over them in detail, and then try to copy them.” 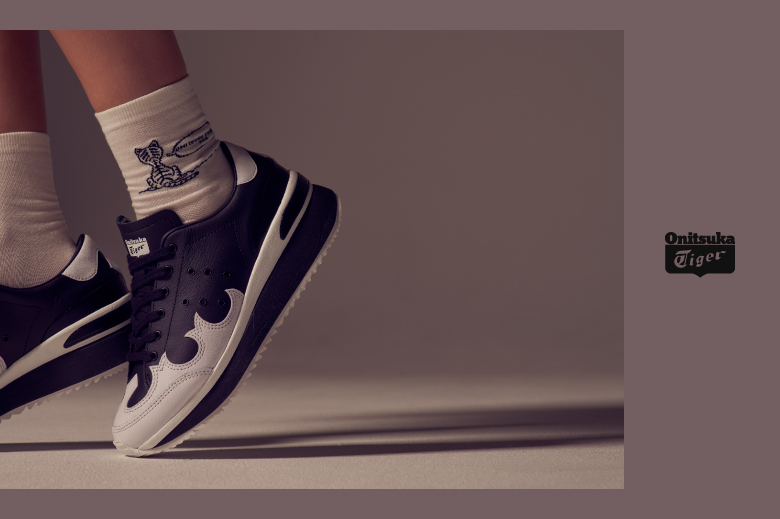 Her view on modeling has changed,
And she’s currently obsessed with working out.

After moving on from nicola and Popteen to now model exclusively for ViVi, Nicole has got her hands full. If the magazine you’re modeling for changes, then how does that make you change? “I don’t want to keep anything the same. Regardless of the fashion and makeup style I liked then, I’m in ViVi now. Whenever I move on from ViVi, I’ll be in appearing in another magazine that I like. If I just let myself go with the flow from within, I’ll naturally change.”

Since becoming an exclusive ViVi model, her professional perspective has changed. “When working at nicola and Popteen, I had to synchronize my movements with the sound of the camera shutter, but at ViVi, it hasn’t been like that at all. For my expressions and for my poses. It was kind of a shock at first. I realized I was still green in the modeling game.”

We talk about how much she’s grown since then as a model, and about how she’s totally into working out now. Once she makes her mind up to do something, she sees it through to the end, so she finds a way to make time for the gym on a regular basis. “It’s been a year and a half since becoming a ViVi model, and I’ve been going to the gym since then too. Before that I had never set foot in a gym. So yeah, I was out of shape, and my skin was in bad shape. If I exercise and eat right, then it’ll also be nice to lose weight. Pretty soon it’ll be warm and I’ll have to show my legs. Recently I’ve been focusing on my thighs. I used to have a complex about my legs, that’s initially what got me started in the gym, but it really hurts now to walk around and go up the stairs with sore muscles! But when it hurts like that, it’s like proof that my workouts are producing results.”

→In the April issue of Look.2, we discuss her outlook on work and her dreams, as well as what’s in store for the future, so don’t miss out next time as we dig deeper into our interview with Nicole Fujita!

She made her modeling debut in 2009 at the 13th annual Nicola Audition Grand Prix. After graduation and until 2017, she modeled for Popteen, where she developed professionally and made a name for herself. She’s working to establish herself as a “charismatic” teen model. Currently she’s a model for fashion magazine ViVi.

In 2018, she had 297 TV appearances, and twice consecutively ranked in the top ten female TV celebrities. She has also appeared in various commercials and other events, spanning the genre gap.

She launched her first brand in 2018, NiCoron. It was available last year at Shibuya 109 and Shinjuku Lumine Est, and in March of this year made its first Kansai appearance at Hep Five.