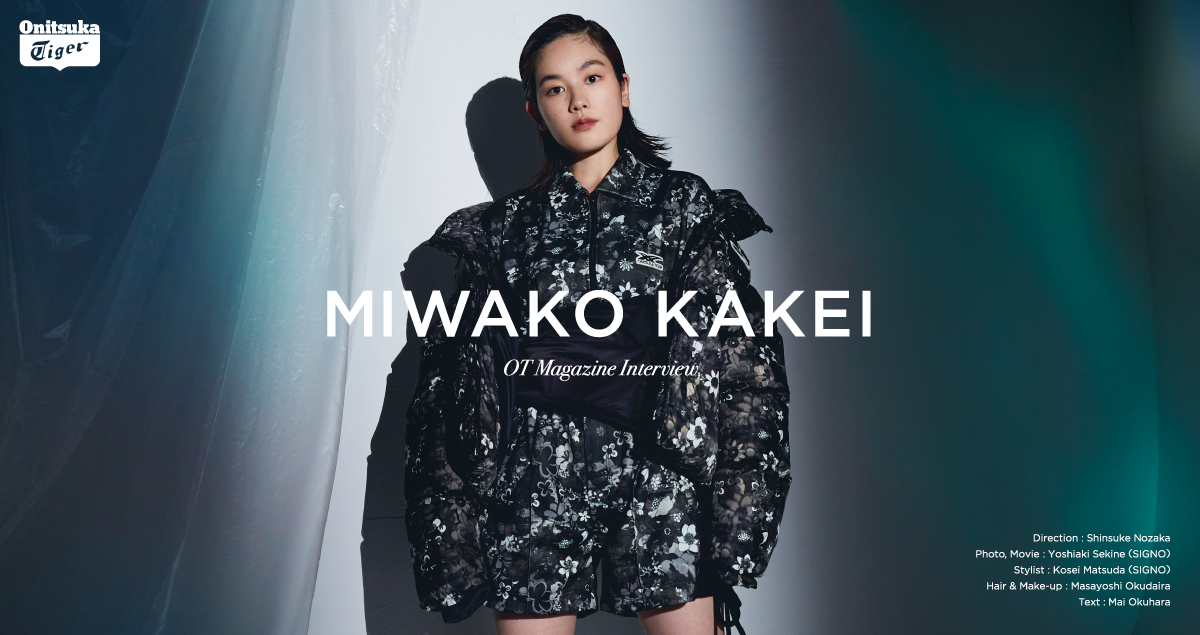 Putting on a popular image:
Disparities and new challenges are all nourishment for her as an actor

Miwako Kakei has various faces. She adorns herself in diverse fashion and makeup as a fashion magazine model, shows off her great body through her gravure pictures, and more recently has been broadening her range of expertise as an actor. She ex-udes a fuzzy and calming vibe, showing a natural aptitude for easing the tension. She is beloved by both men and girls.

She changes from her subdued vibe to show expressions and poses that are in line with the garb and mood. She displays the presence of a model. She talked about her true self and her image, and the roles that she plays as an actor. “I tend to play char-acters with a sweet, girly vibe. But actually, I am not like this at all. So when I play such characters while thinking ‘this is hard for me to play,’ I feel like that sweet girl-ish vibe enters me. The feeling of deriving new elements that are me from my role is fun.” I got a glimpse of the real her, as she cheerfully talks about her positive ac-ceptance of this discrepancy with her public persona. 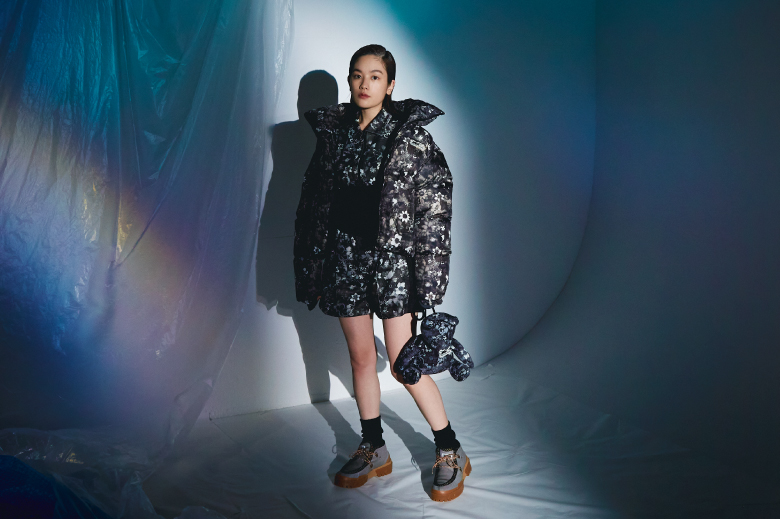 Look 1 is a matching set consisting of lovely floral patterned downjacket and mini-skirt that were produced in collaboration with “nowartt” featured in the Onitsuka Tiger 2021 Fall/Winter Collection. A style with a dual nature which juxtaposes a love-ly floral-print on forceful sportswear suits her personality. “I don’t normally wear pat-terns, but if I coordinated simple underwear with this downjacket, the floral pattern will look sharp and cute. I also like the sense of volume and men’s silhouette.” 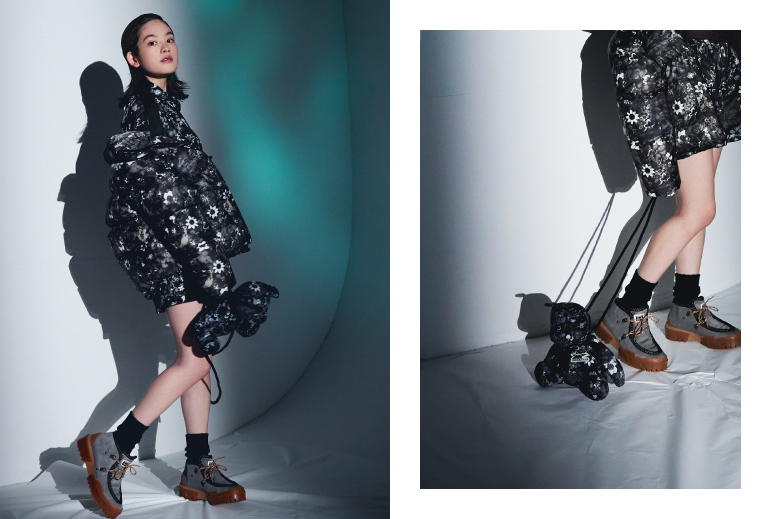 She has various tastes for everyday wear depending on her mood. She has fun with her fashion, coordinating a mannish item with a feminine top or mixing and matching secondhand clothes. “Ordinarily, I wear a lot of basic colors, but this season I have been keeping an eye out for bright colored items, and bought an orange and green cardigan sweater. This winter, I want to try out a style which incorporates bright pri-mary colors.” 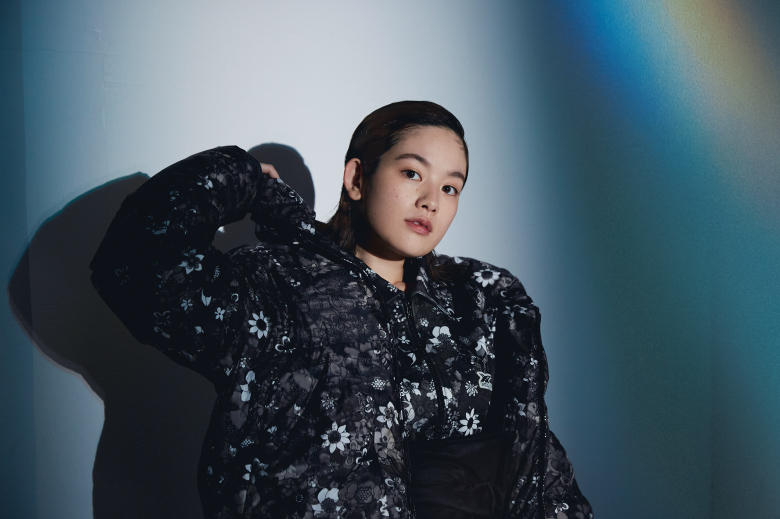 She spends her off days actively or lounging around at home, depending on her mood. At present, she is learning how to drive. She enthusiastically describes how the range of her interests and activities have broadened owing to YouTube which she has recent-ly started watching. “I like to make home-made miso at home and knit although it is not as if I am seriously pursuing any of my pastimes. When I go out, I like to go shop-ping for plants with a friend or I go to pottery class. I have gone to pottery class a few times and have made things like a bowl, sake cup, and teacup. It is an interesting ac-tivity as the end results often form unexpected shapes, and I can lose myself in the process of crafting shapes.” 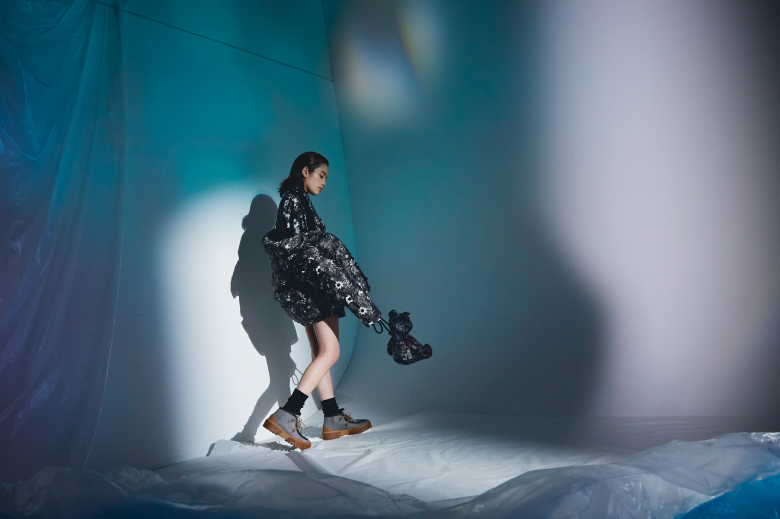 On the other hand, she faults herself for getting too easily excited and easily cooling off. From an early age, she got interested in different things and dreamed of becoming many things such as a nursery school teacher, a restauranteur, florist, and a cosmeti-cian. There was even a time when she wanted to become a counselor or psychologist. While she claims she doesn’t have much longevity after taking on something new, she has for a while now been keeping fit through Pilates and listening to her body to eat well. She has been continuing her present line of work the longest.
“Recently, someone I am familiar with remarked that I am ‘in the moment.’ I was very happy because I felt I was able to give my all at that moment in time. It would be nice if were able to give my all like that especially in my acting or for a shoot as well.” Mi-wako Kakei tries to take on everything proactively with a pure heart. She takes on new challenges at her own pace and improves on herself.

In Look 2, I asked her about some major turning points in her work and future aspi-rations as a performer. 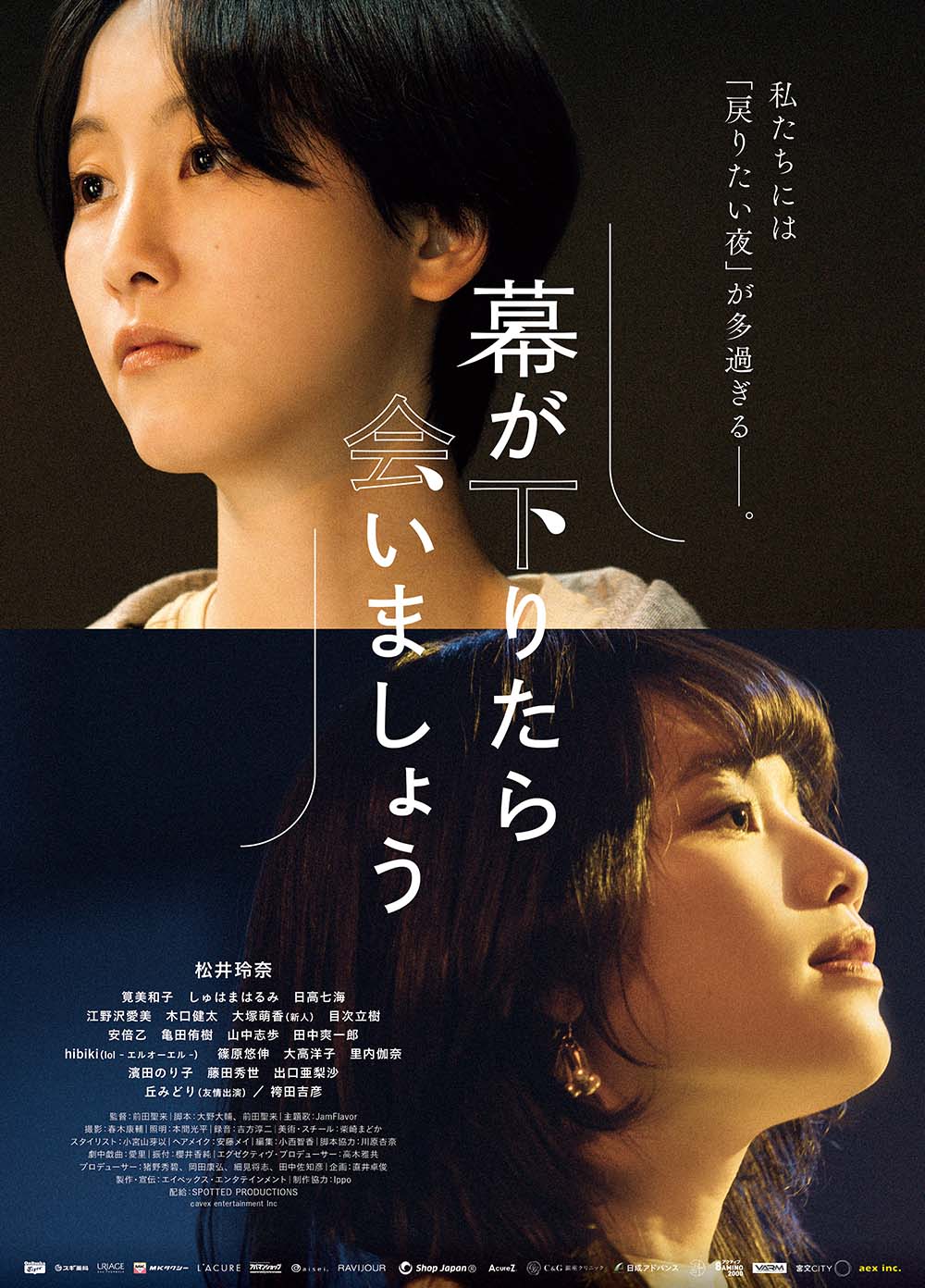 Maku ga Oritara Aimasho
(Let’s Meet When the Curtain Comes Down)
There are too many nights that we want to go back to.

Story
A down on her luck dramatist receives a phone call that her younger sister has died. And she discovers something while being disrupted by her past and her day-to-day life, in the course of various encounters and reunions with people –

Manami (Rena Matsui) runs an obscure theatrical company called“Troupe 50%” while help-ing out at the family’s beauty parlor. One evening while the troupe’s members are horsing around at a wedding celebration, Manami’s younger sister Nao (Miwako Kakei) dies at a yard. Despite having received a phone call from Nao that day, Manami did not answer it and now feels ambivalent about not having talked to her sister. Feeling at odds with her mother Kyoko (Harumi Shuhama), she travels to Tokyo with fellow troupe member Nae (Nanami Hidaka) to clean her sister’s apartment room. While meeting and reuniting with various people, Manami is forced to do some cold-hard self-reflecting.

Opens November 26, 2021 at Shinjuku Musashinokan Theater and at other nationwide theaters in succession.