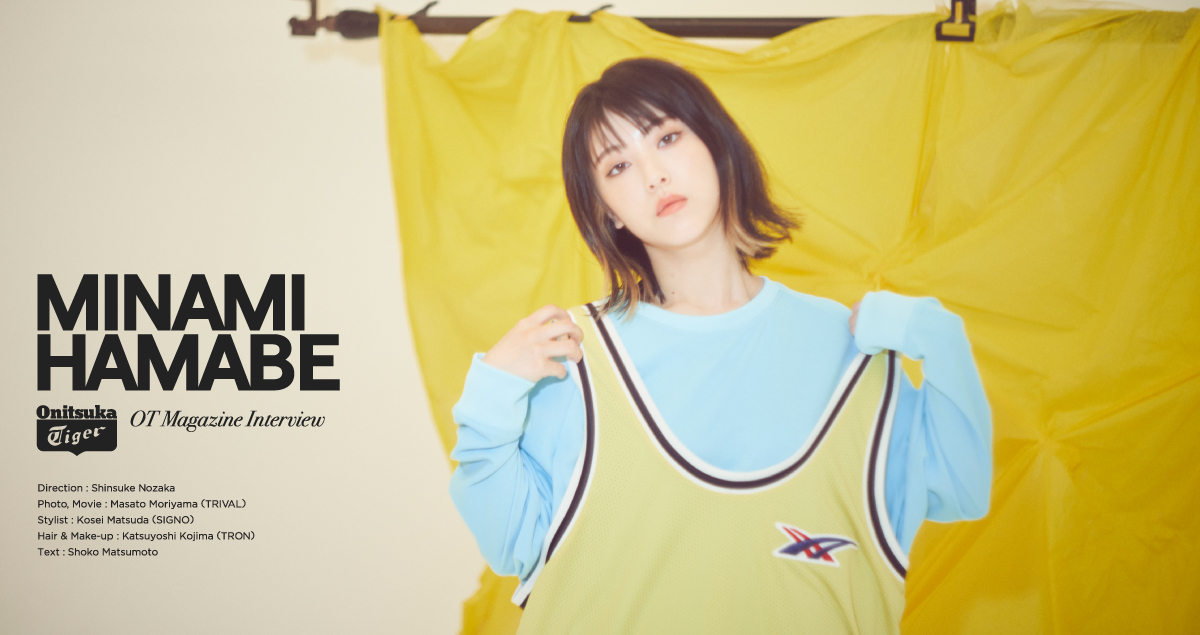 Working at her own pace, thoughtfully and earnestly

Minami Hamabe received the New Generation Award at the 7th Toho Cinderella audition in 2011. Since then, she has appeared in numerous notable works, re-ceiving the New Actor Award at the 41st Japan Academy Awards for her role in the film “I Want to Eat Your Pancreas” and the New Actor Award at the 42nd Hochi Film Awards. To get a clearer picture of the real her behind the larger-than-life image, I asked this 20 year old about her thoughts on her job as an ac-tor ten years since her debut. 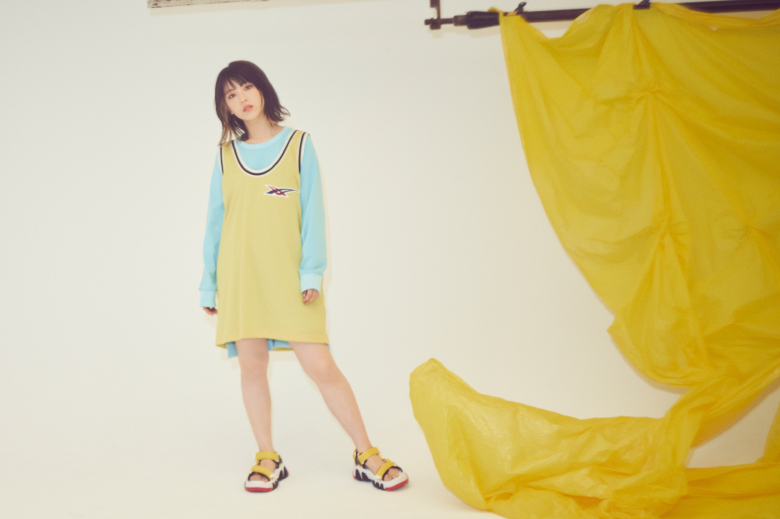 She underwent a complete change from a neatly-trimmed black-haired girl, wearing instead a bright hairstyle of bleached colors. “As I was not working at the time, my hairdresser and I decided to put some color into my hair in the spirit of making a clear separation from when I was working. It was a good change of mood. Although I planned to change it back yesterday, I thought that this photo shoot would take some memorable photos of me, so I decided to leave my hair-style as it is. After the shoot, I will change it back to my original black hair (laughs).” 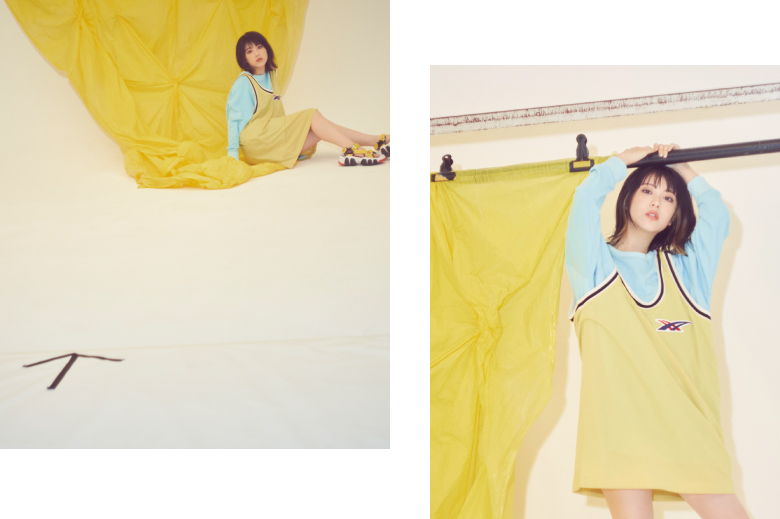 A vitamin-colored layered style consisting of a lemon-yellow tank top on a sky-blue sweatshirt looks good on her. “While I like brightly colored clothes, I have not been able to try out this style. But putting it on cheered me up. It is also per-fect for this season. I often walk hour-long distances without relying on public transport, but these sandals are perfect for walking as they are light and com-fortable.” 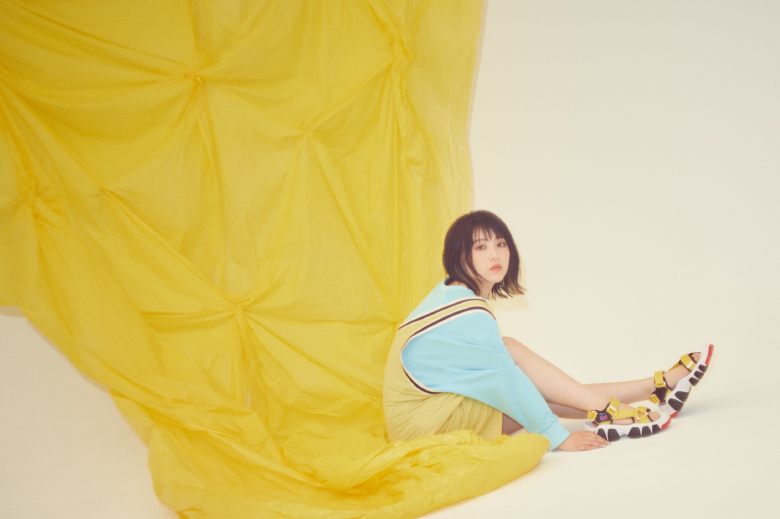 In front of the camera, Minami strikes poses while changing her expression from cute to mature. In responding to my questions, she is direct while consider-ing her choice of words. This earnest disposition is also reflected in her attitude to her work. “Until I was around 20, one of my goals was to achieve some de-gree of fame and I strove to take on a wide range of jobs and excel as far as I could. But after reaching 20, when I imagine the next ten years of my life, I feel that I might burn myself out if I keep going full steam ahead. So from now on, I intend to go at my own pace while being mindful of being in the moment.” 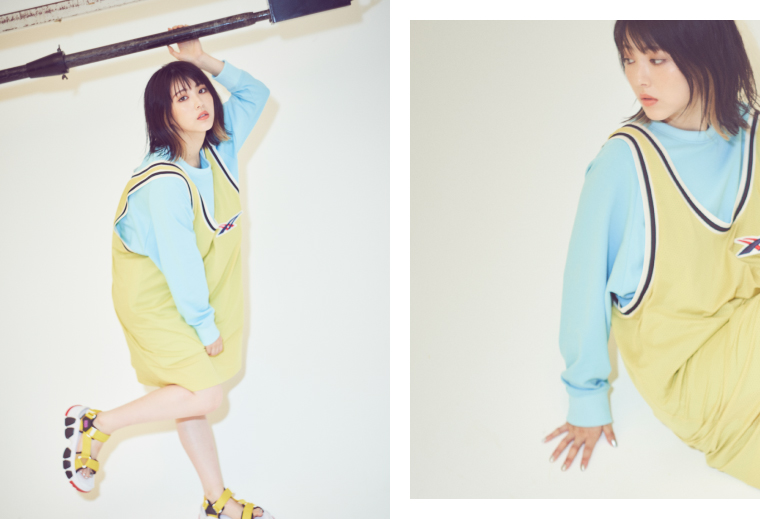 Her role models include senior actors at her studio, Masahiro and Masanobu Takashima. “I am enamored with people who have substance and tell interesting stories because they have followed a path that is their own. I respect them in this way.” Her wish for the present is to hone her sensibilities and to gain some life experience in order to widen her breadth as an actor. “In the absence of the coronavirus pandemic, I wanted to moonlight at a restaurant. I want to work in the real world that most people experience everyday and learn about how the system works and interact with others.”

As everyone is being forced to adjust their lifestyle due to the coronavirus pandemic, what is Minami mindful about these days when it comes to work. “My appreciation toward the staff and everyone has become greater because of the thoroughgoing care and attention being paid toward our health whether it be ster-ilizing surfaces or ventilation. I also am mindful to implement countermeasures and manage my own health. Since our mask-wearing lifestyle began, I am mind-ful to speak with more animation to lessen the psychological distance that may result from mask-wearing.” 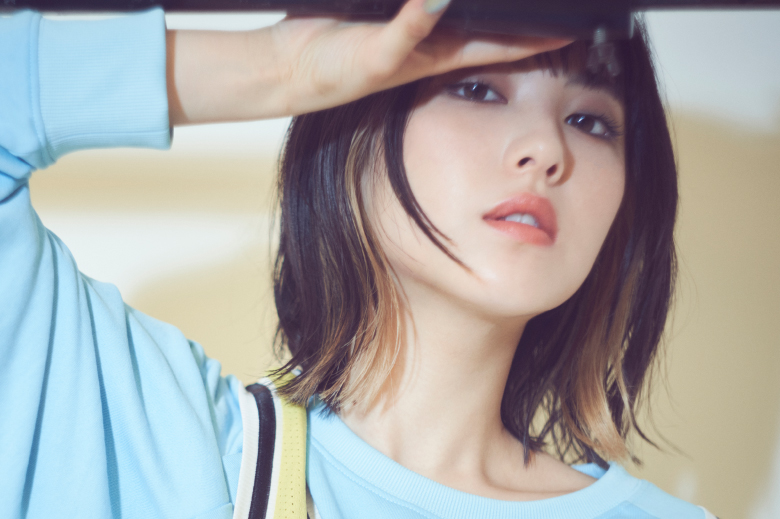 A role that she wishes to attempt in the future is a teacher at a school. “For the present time, I want to prioritize my connections and accept whatever work comes my way. But if I had to choose a role that I want to play in the future, it would be a classroom teacher if only because until now I have played many stu-dent roles in a school setting.”

→In LOOK 2 to be published in July, I will ask her about her private life including her hobbies and lifestyle.

Recipient of the New Generation Award at the 7th Toho Cinderella auditions in 2011. She has since appeared in numerous film and television shows. A new film “Kakegurui: Zettai Zetsumei Russian Roulette” is now playing from June 1.