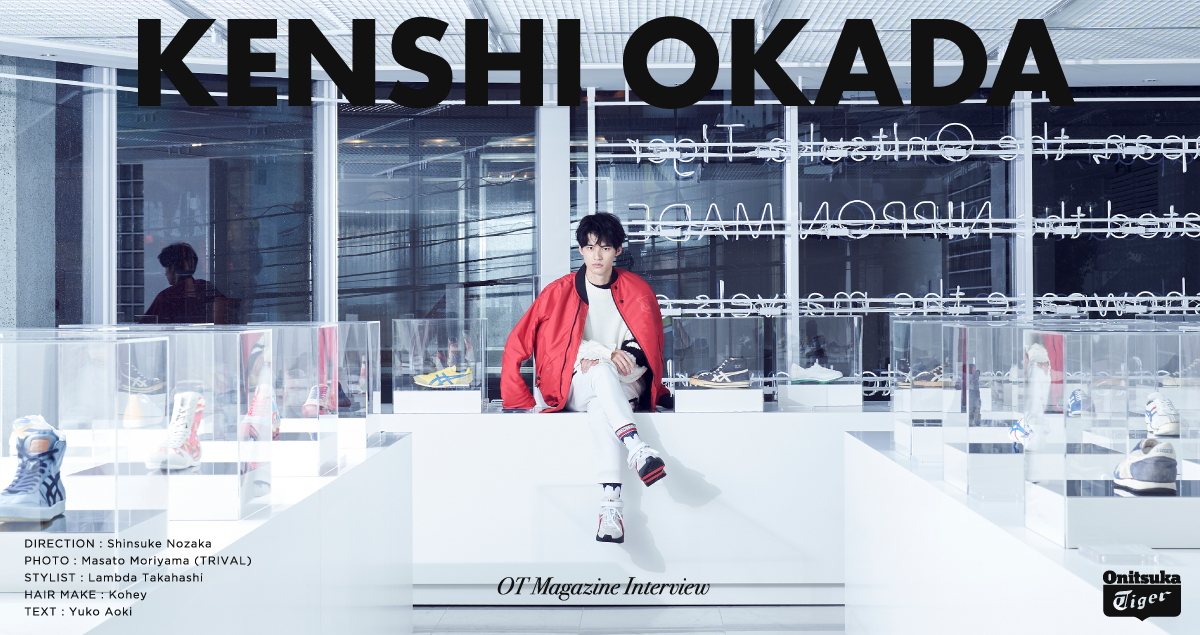 A Creator of Sensibilities and Passion:
The Journey of a Man Who is a Pure Soul at Root

Kenshi Okada is a young, up-and-coming actor who brings a fresh sensibility to Japan’s TV drama and movie scene. He has captured the hearts of many people with a refreshingness that is revealed in emotions that are pure and a quiet presence filled with strength of will.  While he prefers simple colors for his everyday garb, for Look.2 he tried out a seasonal ensemble combining clean whites. Accents which catch the eye are the bright red blouson jacket and sneakers with colored line stripes on the upper. A perfect balance of sharpness and sweetness goes well with a man of his deep sensibilities. The location for the photo shoot was the newly opened “Onitsuka Tiger Omotesando NIPPON MADE*.” The 1st floor has the full lineup of NIPPON MADE shoes which are produced domestically (all processing from knitting to finishing is performed in Japan), and the 2nd floor is a new Onitsuka Tiger landmark — a museum exhibiting successive generations of Onitsuka Tiger shoes. 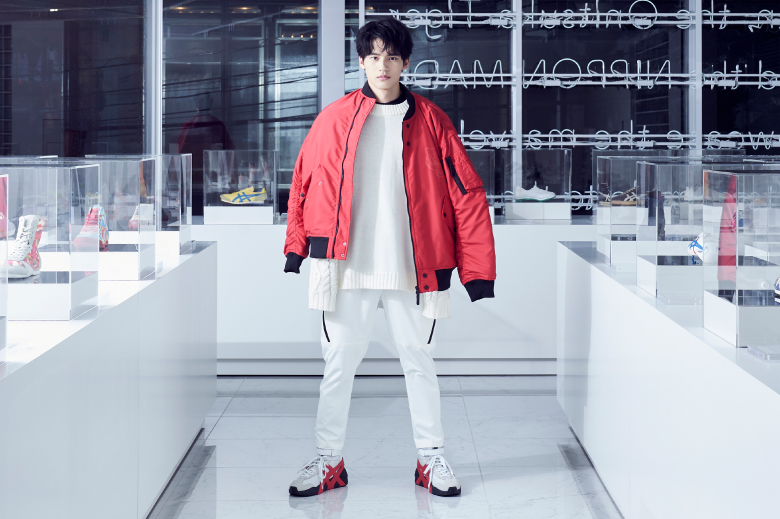 What kind of world does Kenshi Okada inhabit which has formed the real him? When I looked at his Instagram posts, I got a glimpse of a life full of art. “In my private time, I try to draw pictures with colorful permanent markers and ballpoint pens. This morning too, I drew pictures of some of the characters and co-stars of the TV drama I am now in. My mother was very good at drawing and I have many fond memories of playing with her in my childhood. I think the reason I have taken up drawing is because of her.” 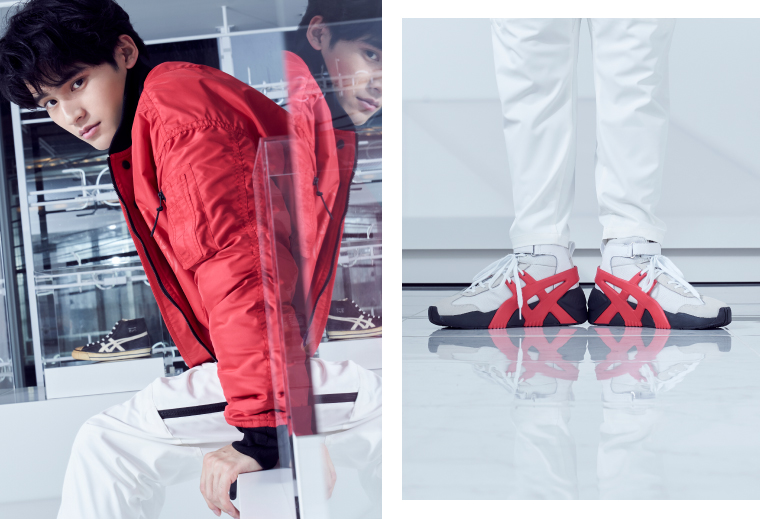 Music is also a familiar part of his life. “Music is something that is naturally always there in my life. I am always playing music when I am in the bathtub or making a meal.  My tastes are wide-ranging. I will pick and choose from a variety of songs that I like (laughing). I listen to everything from jazz to rock, J-POP and K-POP. When I was a student, I listened to a male friend play the piano in front of the entire student body of my school and thought he was so cool and sexy up on stage playing for everyone. I was inspired by him and wanted to be able to play the piano myself. Recently, I have had the opportunity to learn the piano at long last for work. If I want to become cool and popular, I must work at it! (laughing).” 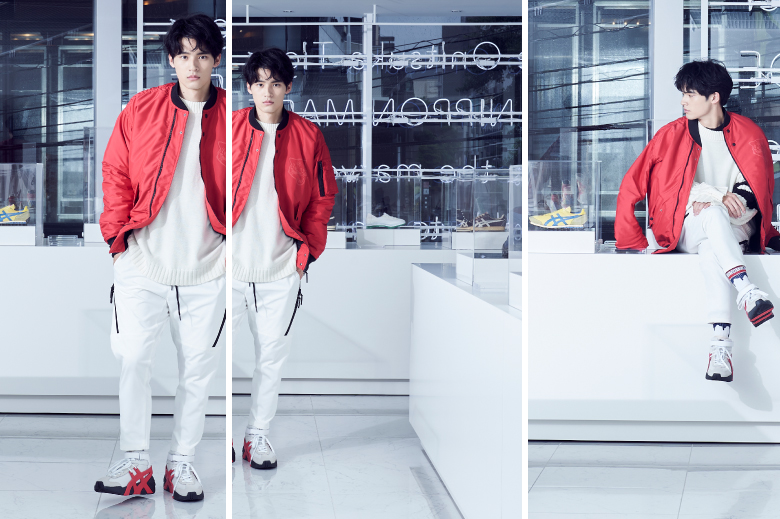 Without doing this, my day will not end!  I asked him about his daily routine. “I always  exercise in the morning. I cannot do without a banana smoothie for my morning breakfast. I have bought a mixer and make it properly on my own. I always watch one TV drama or movie (or one episode) a day before going to bed.”

A hectic work schedule with TV shoots and interviews. Even while continuing to maintain a pure and passionate spirit, he must at times have stress and fatigue. I asked him how he relieves his stress and fatigue.  “To relieve stress, I sing in a loud voice. It is to sing loudly (laughing). I also play the video games which I bought before the days of self-restraint. I like the baseball and Warring States period games. I get really down if something doesn’t go well. But by the next day, I am resolved to make baby steps to get a little better than I was before. While there are many occasions when I get discouraged, I do not run away but rather use it as fodder for my next endeavor.” 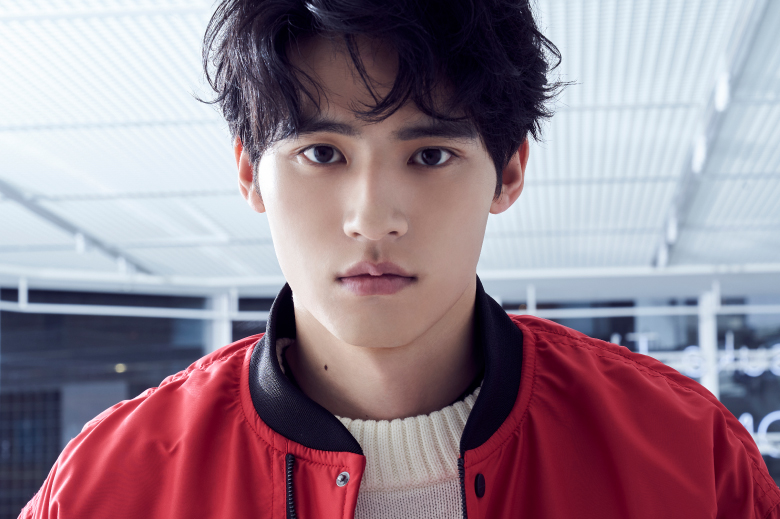 My joining the drama club became the impetus for wanting to become an actor. I asked him what his image of the ideal actor is. “Japanese actors who I am inspired by include Go Ayano and Takayuki Yamada. Recently, I have been most impressed by Kevin Spacey! I wonder how you can become such an expressive actor? There was a scene in a movie in which he plays a politician and conveys his subtle ambitions and anger, and was really something to see! I am always left speechless watching him act. I would like to be able to act like that one day. When I am in my 30’s or 50’s, I want to become an actor who will make people want to say, “I want to see a Kenshi Okada film!” But for now, I want to gain experience, not just with acting. Down the road, it would be nice if I could play a role wherein I, as an actor, can save people.”

He eased the tension in this photo shoot with his refreshing vibe, and went all out from beginning to end. In the course of trying to describe a full-length portrait of the man, I felt his strength and vitality to accept uncertainties and anxieties about the future, and got a glimpse into his character that can capture many people’s hearts.

*The 2F Museum reopened from August 18.

In the future, he will appear in the films “Nozomi,” “Doctor Death no Isan: Black File,” and “Shinkaishaku Sangokushi” to be released in succession.

He is also scheduled to appear as Heikuro Odaka in the NHK’s long-running TV series “Seiten-o-Tsuke.”