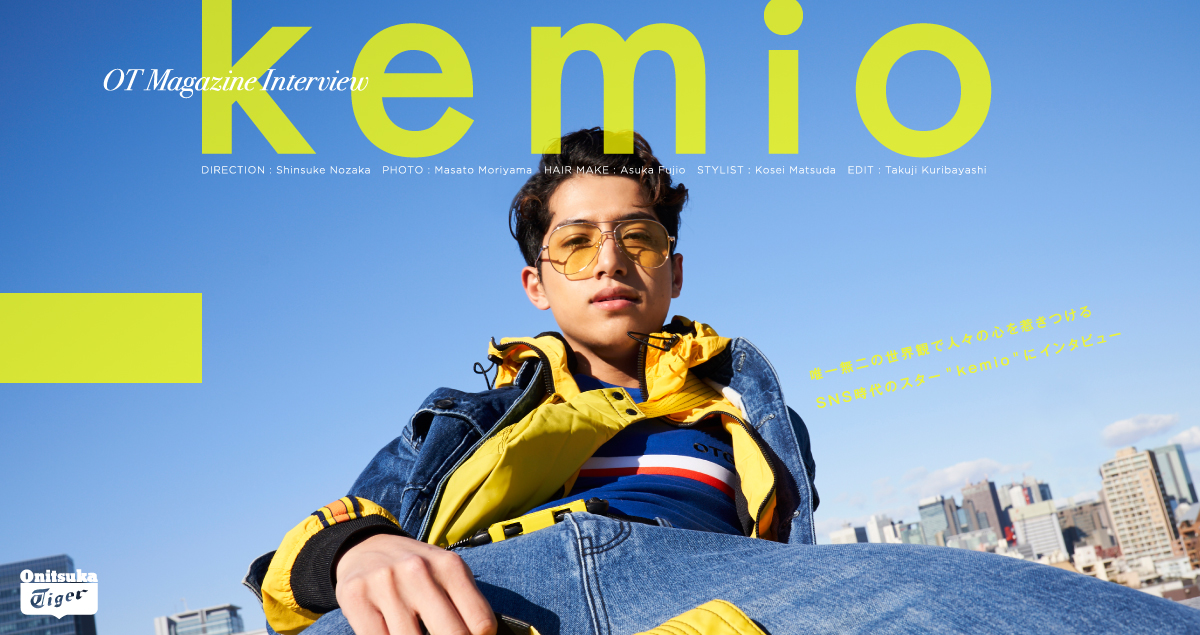 His unique outlook on life has been dubbed “Kemioworld,” and his unconventional fashion approach has garnered him the support of an ever-expanding group of fans, with junior high and high school girls making up the core.
In 2013, kemio was a video content contributor on the Vine app, which propelled him into social media celebrity. Subsequently he moved to L.A., his current base of operations, where he runs his popular YouTube channel with more than 1.1 million subscribed viewers. 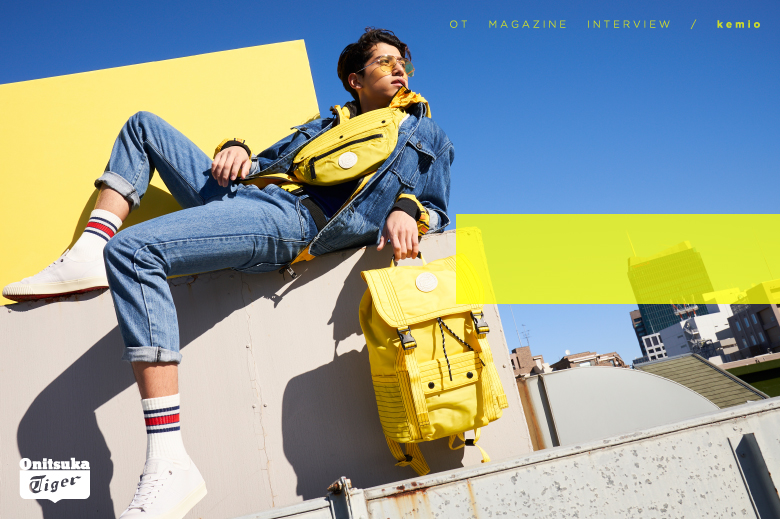 ──  How was today’s shoot?

It was fun! Working at such a high location reminded me of my elementary school days.

──  So then, was it different from your usual YouTube filming sessions?

For the most part I do a lot of talking in my videos, it feels kind of weird to just put up photos with no sound or commentary. But it’s good that I don’t have to do the editing on my own (haha). Having said that, it takes me about an hour or two. I’m not very tech savvy, so I can only do the basic stuff, nothing fancy. I can’t add lettering or any of that cool stuff everyone else is doing. 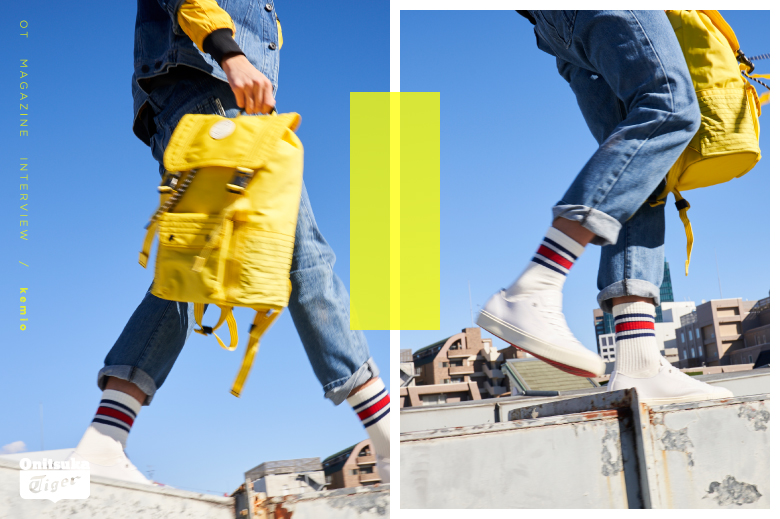 ──  Do you modify your online image at all?

Not really. I don’t touch up my skin to make it look nicer, or make my eyes bigger or anything like that.

──  Had you been aware of Onitsuka Tiger?

Of course! I went to an Onitsuka Tiger party in L.A., and I often wear the t-shirt I got there in my videos. And I have some of their shoes too. Oh yeah, I even gave my roommate a pair of them, he was like, “Cool!” 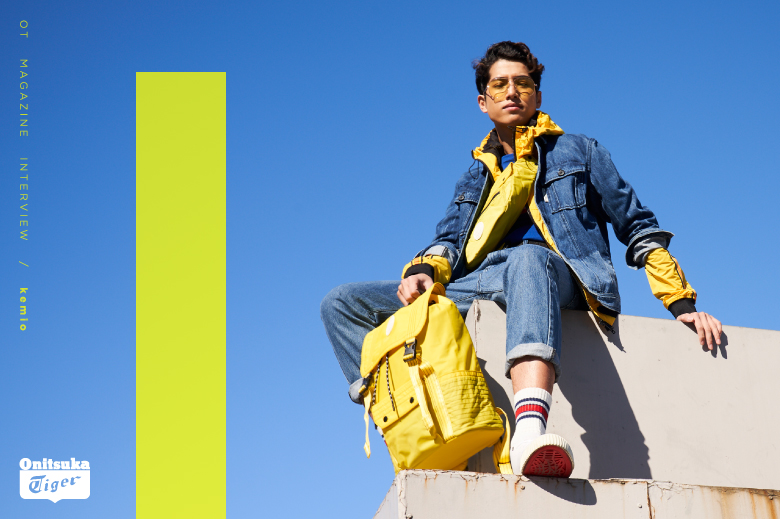 ──  If you were to compare L.A. and Japan, are there any fashion differences?

It seems like kids in Japan are less into trends, and more into trying out their own fashion ideas and wearing whatever they like. But it feels like there’s a lot of different stuff going on in the U.S. too, and they also get more exposure.

Another thing is that Tokyo has more of the things I’m looking for, there are lots of nice shopping options available. In the U.S., it takes a lot more time and effort to find what I want.

──  What about with people’s personalities and temperaments, any differences there?

Japanese people are very punctual. Americans are more relaxed about time. But when they finish, they finish hard. They like to wrap things up and move on (lol). And when they have something to say, they don’t hold back. That’s part of their culture, isn’t it? Listening to different opinions, and allowing for the exchange of differing viewpoints.

I think I might have become pretty Americanized, actually! My Japanese friends are like, “Whoa, the way you’re talking is way more direct than when you lived in Japan!” I think I’m going to have to watch myself. 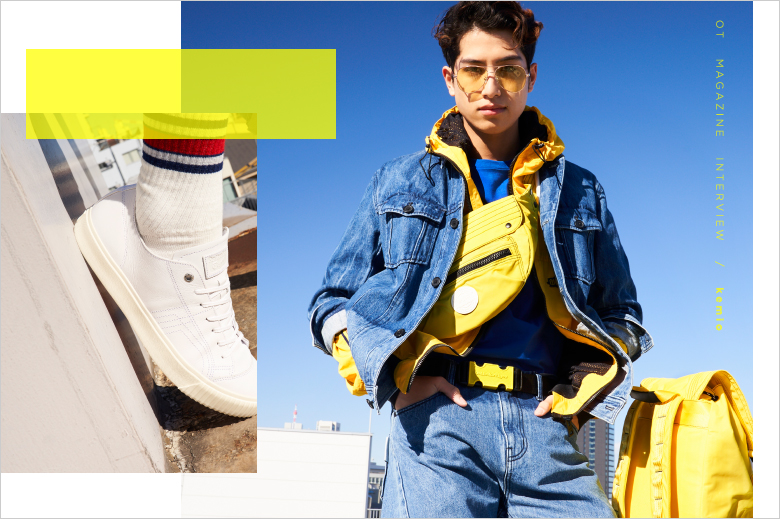 ──  What kind of criteria do you usually have in mind when you’re shopping for fashion items?

I don’t limit myself to a certain style; so if I see something I like, regardless of whether it fits into a particular set look, I make sure I get it without getting into any kind of internal debate. I don’t worry about whether it goes with something I already have or whatever, so I guess I’m kind of impulsive.

──  Do you change up your style or trends?

Oh yeah. In high school, I was into colorful things, you know, like the Harajuku style. But now I’m more focused on saving money, so I’ll buy one expensive thing, and then think about how to complete the outfit later with whatever. Still though, I’d say that there’s one part of my character that doesn’t change. Even now, I like to get colorful stuff for my wardrobe.

──  So, when you hit your 30s, what do you think you’ll be wearing? 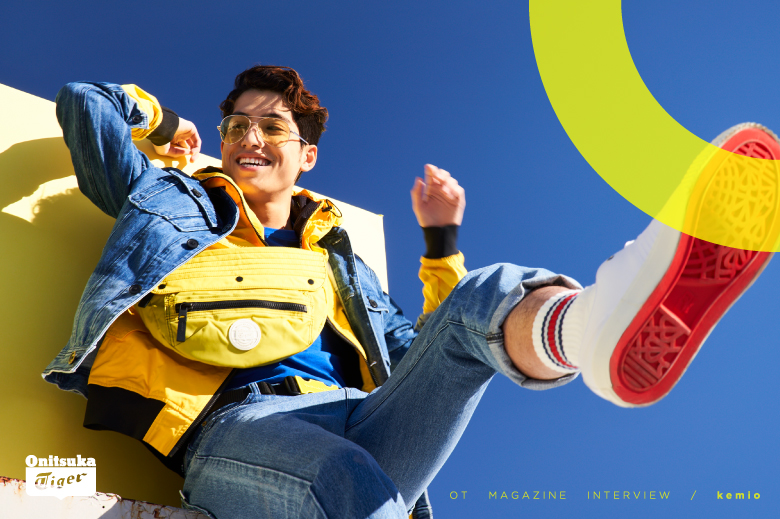 ──  What would you say fashion is to you?

It’s like a painter’s palette. You can use your clothes to completely change who you are. There’s no limit to what you can do, you can make it as colorful or as dark as you want, just like a painter who customizes his palette for a particular work of art. You are the canvas, and use your palette to create who you want to be.

→ Out in February, LOOK.2 will feature YouTube star Kemio with his work-life balance as the central theme. We get into more personal topics, like where his name comes from, and stories from when he was younger.

Using social media, he put his full might behind his efforts to become a globally-influential video creator.

Not one to lose out on the modeling front either, he developed video content based on style and humor for his YouTube channel and greatly expanded his youth fanbase.