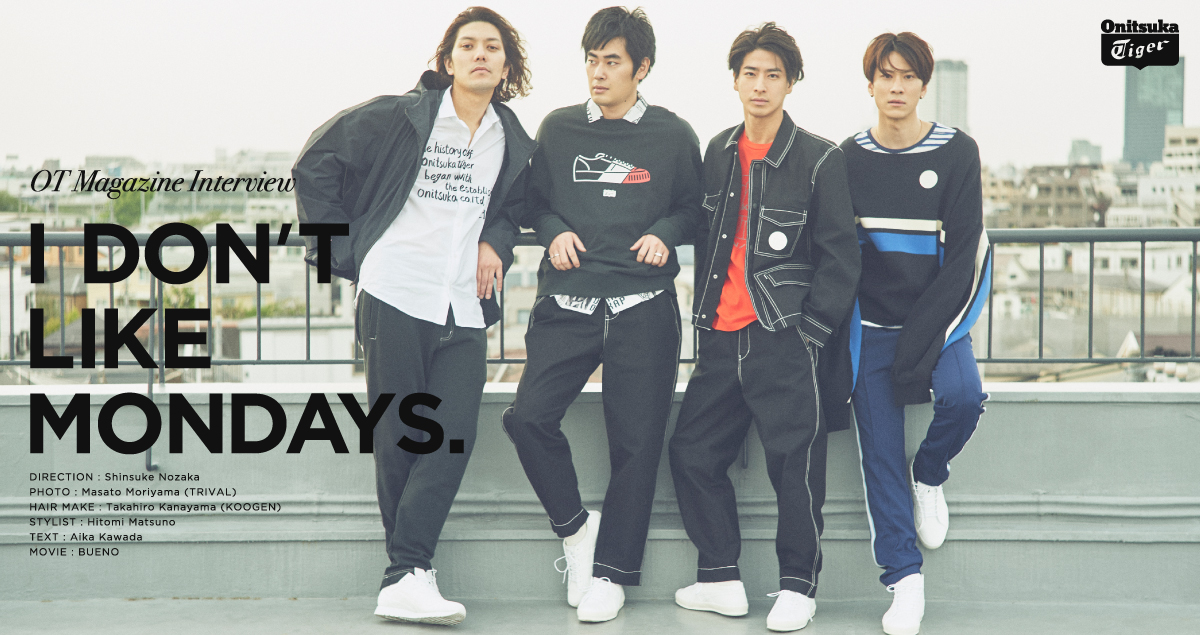 This is Part Two of the “I Don’t Like Mondays.” interview
Check out the music and fashion views of the members

“I Don’t Like Mondays.” is a four-man band with YU on vocals, CHOJI on guitar, KENJI on bass, and SHUKI on drums. In this article we get to hear about cameras and photos, fashion trends and more, showing very clearly that their interests extend far beyond just music. Picking up from part one of this interview, we continue with music and fashion.

What are your individual fashion tastes?

Since they’re producing their own music, the conversation with “I Don’t Like Mondays.” doesn’t stop at just music; they can’t leave out things like fashion. Just as in their band, their different musical genres are integrated into an eclectic new style, their fashion preferences vary as well. So, what exactly gets them going when it comes to fashion?

YU“Just as seen here, we each have our own fashion preferences. To put it bluntly, I think everyone is going for a look that fits with the image of “band member,” actually. We all like different things, but somehow they align and reach a special kind of balance. I guess you could say this is part of the music industry too, so…” 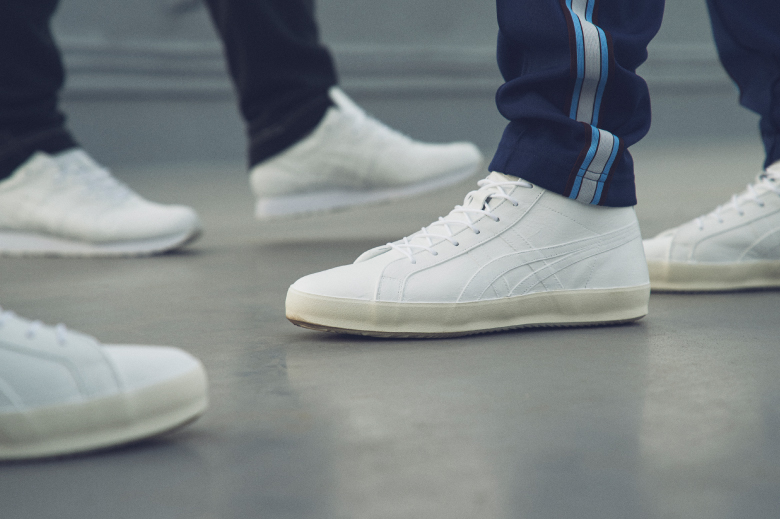 Okay, it’s time to talk about something private that fans don’t know. What’s your take on street clothes?

Even if they each have their own style, what everyone really wants to know is the details on how the members all dress on a regular day. So I get them all to sound off, and they each say a word about what they wear in private.
SHUKI I wear a lot of black, and most of my wardrobe is laidback and simple. I’m not big on patters. You’ll often see me dressed from head to toe in black.

CHOJI I like the Western look, so I wear a lot from that genre. I’m into leather jackets, so I’ll often put one together with some jeans.

YU I like the kind of look that creates that thin, sleek outline, so I’ll throw some things together in black when trying to achieve that look. Recently black is my main color, and then I’ll layer another color over that to accent the look.

KENJI Actually this style that I’m wearing for the shoot right now is what I normally wear (lol). I’m probably the most “pop” out of the four of us. Stuff with a little bit of patterning or graphics, active wear that’s comfortable and easy to move around in, that’s what I like. 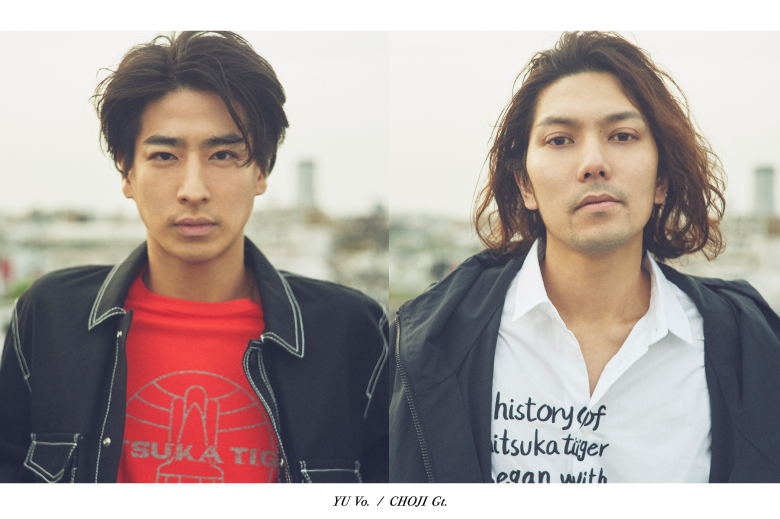 At the time the band was formed, what kind of fashion were they were all fired up about?

The four of them may have lots of differences, but that eclectic mix is something they were able to make use of when forming the band. But since they started, their views on fashion have been consistent.

YU I remember wanting to have something to do with the music-making process for fashion shows. So, yeah, it’s no secret that I’m into fashion. But now, when writing a song or shooting a music video, I get very strong, clear views for the styling. I like all those different little points, so I have a say in everything up to music production and the self-producing process. 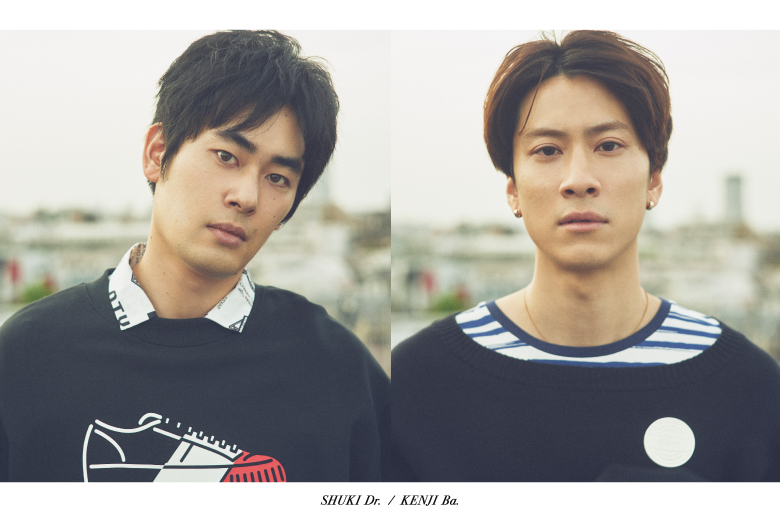 All of them are cheerful and positive by nature. So you can be sure that they get along well.

During the shoot you can often see them laughing, and carefully listening to each other, and telling it just how it is, so there’s no doubt they’re fast friends from way back. To wrap things up, we ask about their secret to being such a tight-knit group.

YU Hahaha, you’re making me a little embarrassed now (lol). We really do get along, and others are always telling us so too. But it’s just as important to keep apart from each other sometimes too, to keep things fresh. Oh, but hey, I can’t say any more than that, I wouldn’t want to upset anyone here (lol).

SHUKI When we first met, as we got older, we started to reach the top, but then when that became more certain, we started to grow apart, and then when we opened up about ourselves, our bonds got deeper. I guess our meeting then was pretty fortuitous (smiles).

KENJI Yeah, we get along pretty well, we try not to let it get too weird though. We’re pretty mature about everything!

And with that, they all give a smile, conveying the good vibes and the friendly bonds between them. 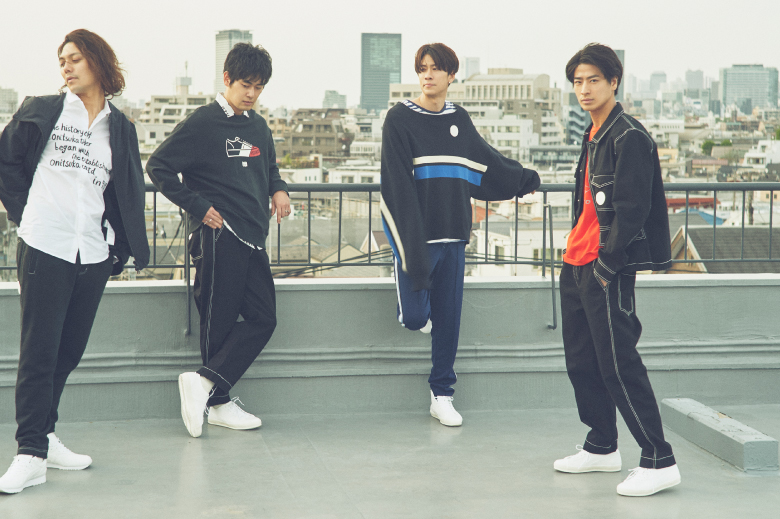 This stylish rock band will get you right out of that Monday funk.

They have a kind of stylish rock blend with influences from soul, R&B, funk, hip hop and the like. Their catchy melody lines skillfully interlace English, with vocals that keep it going full tilt. And somewhere in that mix, you find the stylish sound that I Don’t Like Mondays is known for, giving them a foreign band feel. And it’s at their live performances that you’ll most notice that powerful, distinct flavor.

All tracks have lyrics, composition and other features created by themselves, along with direction of their jackets and music videos, in addition to providing music for famous apparel brands and events, garnering high praise from the fashion industry as well.

In 2018, they had their second nationwide tour, selling out the Tokyo Shinagawa Stellar Ball, which speaks to their true success.