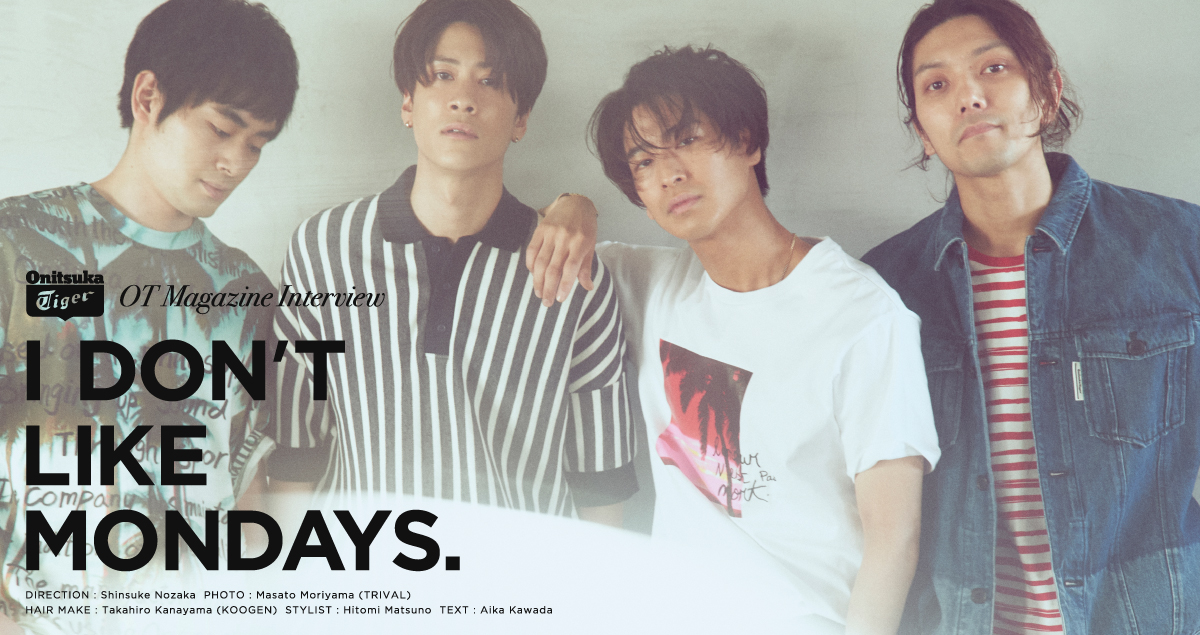 They’re exceptionally stylish, with some very catchy tunes.
An interview with four-man rock band “I Don’t Like Mondays.”

Just as the name of the band suggests, they have a sound that drives away the blues, with energetic vocals and great skills that make their music fun and very danceable. Yu is on vocals, he’s able to really get the audience going, along with Choji on guitar, Kenji on bass, and Shuki on drums. We ask them all about the creative process, especially since they’re a self-produced band. 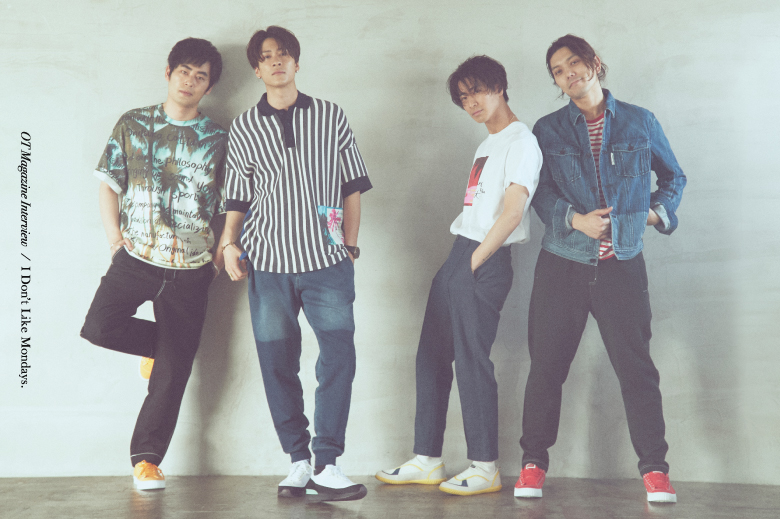 “I Don’t Like Mondays.” has a knack for finding a groove which cre-ates catchy, danceable tunes. How do you approach the music production process?

Kenji “I guess we have a somewhat unusual approach. First, we have a band meeting. We talk about what kind of songs to make from our ses-sions, and then we get the instruments together. After that we discuss tempo and melody, and how to develop those based on the raw material we have, and how to work toward that. And once we have the rough shape of the song, that establishes our style.” 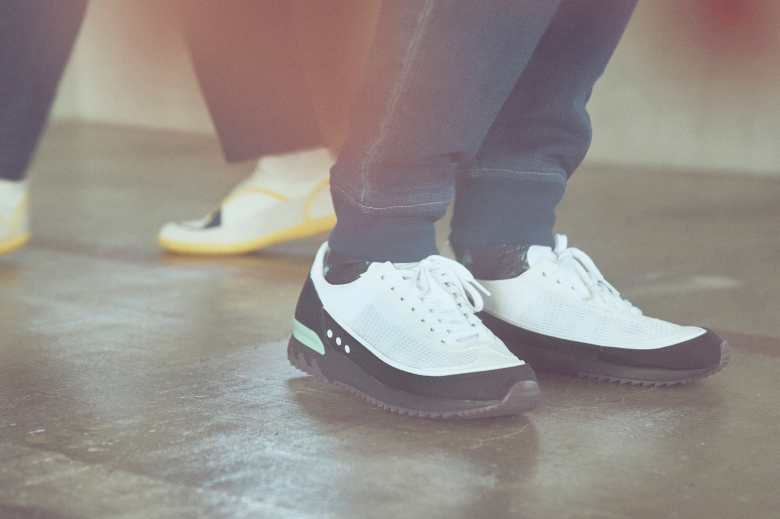 The main priority for us as a band right now is to feel sat-isfied with a piece before moving on to the production stage.

Also, it’s unusual for bands to self-produce their music, and all of our songs have our own creative content. That’s where our real charm lies; we don’t stop at just the music, but rather follow though in the production process. And during production, we look for the kinds of things that provide that special inspiration which gives rise to good music.

Yu: “It’s fun to be able to find our own satisfaction in the produc-tion stage. And that goes for music, photos, artwork, and the like. It’s not an exaggeration to say that it’s truly the most important thing for us.”

Choji: “Inspiration can come from anything. Especially with things said in everyday situations, and the people you have regular contact with, there are a lot of those incidental phrases.”

Yu: “Yeah, it’s true, you really can become inspired by everything you come across in life (smile).” 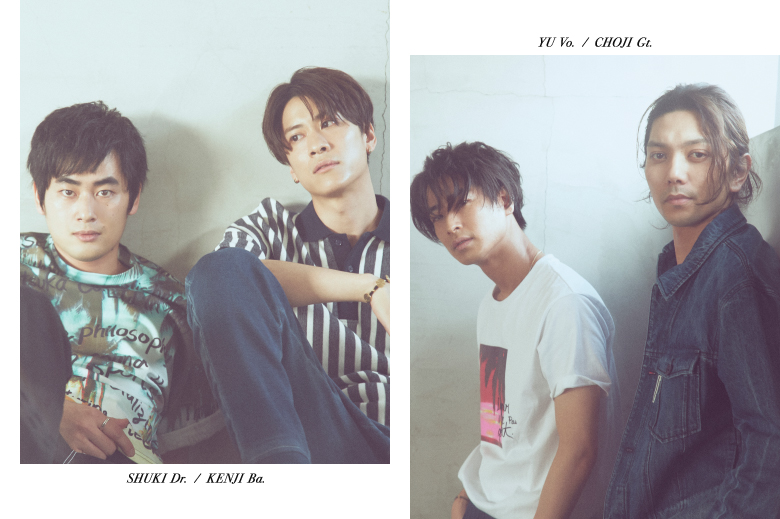 To self-produce, you also have to be aware of fashion and cultural trends, at home and overseas.

When shooting, instead of checking the camera, they simply give each other verbal feedback on everything, even poses and movement. That kind of natural group synergy helps to create a positive atmosphere. So, if you see them working to make music and self-produce as the heart of the band, then Shuki, as leader, is the voice.

Shuki “The kind of mindset and focus we have varies, depending on where we are, in Japan and other countries. We keep an open mind when paying attention to what’s good and what’s popular overseas. Espe-cially with music, each member has a different musical genre prefer-ence, but we can all be inspired by listening to Western music. So, yeah, we definitely follow music trends in other countries.”

Kenji “All four of us go to concerts abroad, plus we watch music vid-eos on Youtube, and watch live feeds of music festivals. It really makes it feel like there are no borders with other countries.”

Shuki “We keep a close eye on social media too. Like, Kanye West is doing good things in areas other than the music industry. We like to be aware of what’s going on with the culture as a whole.” 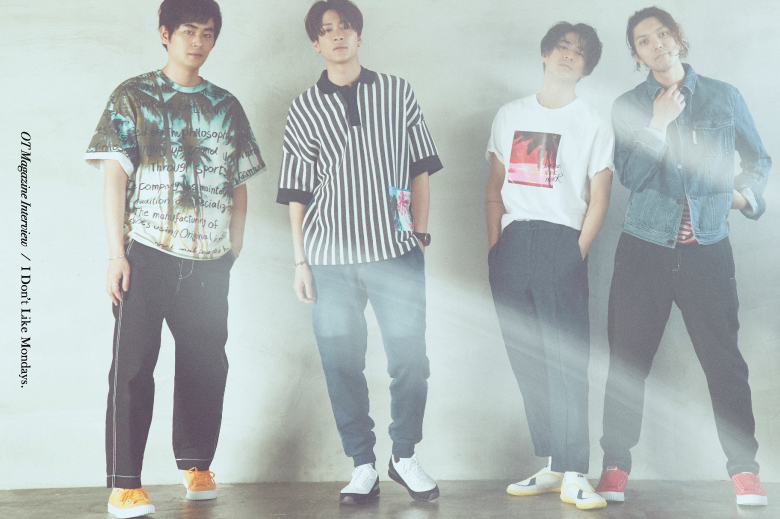 When making music, don’t forget to have fun

The band exhibits a rather sincere posture when working toward the creativity of the members, giving the impression that all four of them are needed to handle production. It’s certainly worth mentioning that they get along well. You can’t wipe the smiles off their faces when filming. So, lastly, with such a unique band, what kind of role does that play in the band?

Yu “Shuki is our cutesy leader. In soccer terms, I suppose you could say he’s our central defender. He looks out for the band. And then Kenji is our midfielder. He’s like middle management (haha). Get out of line too much and he’ll whip you back in shape.”

Kenji “Yu and Choji are our two top members. You know, vocals and guitar.”

Shuki “If you look at the visuals and photos of “I Don’t Like Mon-days.”, you get this really strong impression, it’s like, Boom, here are the guys! Like, we’re all these young punks, you know (lol).”

Kenji “Yeah, it’s kind of like a bunch of middle schoolers or some-thing, haha.”

Yu “When making a track, at first we were like all nervous and really focusing on what we had to be doing, but then, as it went on, we all got caught up in the music, dancing around, banging on the wall, you know, you have to remember to have fun, so we keep that in mind even with more adult situations (laughs).” 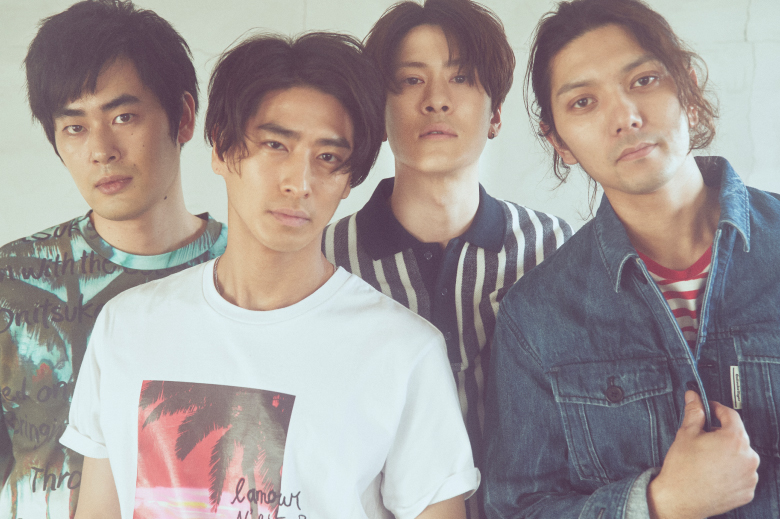 → In the June issue of LOOK.2, check us out for “I Don’t Like Mondays.” fashion tips and the secret to the bond between the members. Don’t miss it!

This stylish rock band will get you right out of that Monday funk.

They have a kind of stylish rock blend with influences from soul, R&B, funk, hip hop and the like. Their catchy melody lines skillfully interlace English, with vocals that keep it going full tilt. And somewhere in that mix, you find the stylish sound that I Don’t Like Mondays is known for, giving them a foreign band feel. And it’s at their live performances that you’ll most notice that powerful, distinct flavor.

All tracks have lyrics, composition and other features created by themselves, along with direction of their jackets and music videos, in addition to providing music for famous apparel brands and events, garnering high praise from the fashion industry as well.

In 2018, they had their second nationwide tour, selling out the Tokyo Shinagawa Stellar Ball, which speaks to their true success.