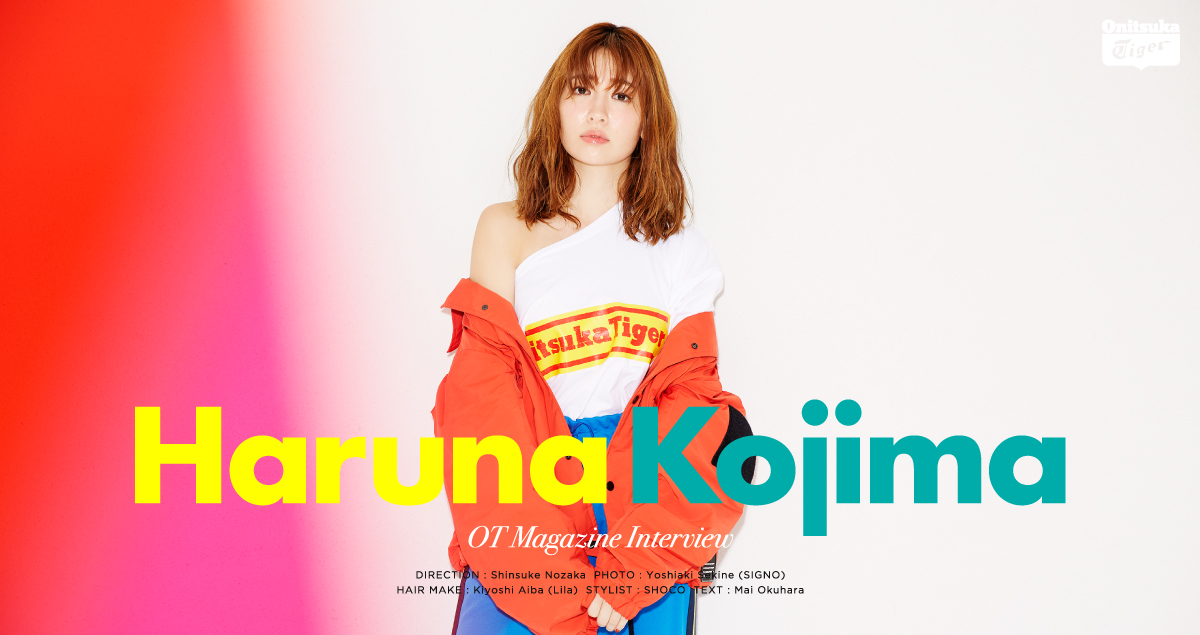 It’s been two years now since she’s left AKB48. We interview Haruna Kojima about her modeling and celebrity appearances, as well as her progress as a producer.

Moving out on her own after AKB48, she’s been doing modeling and celebrity appearance work, along with launching her own brand last year, Her lip to, so she’s not showing any signs of slowing down. She’s been getting all kinds of support for her appeal as a fashion icon from lots of female followers. 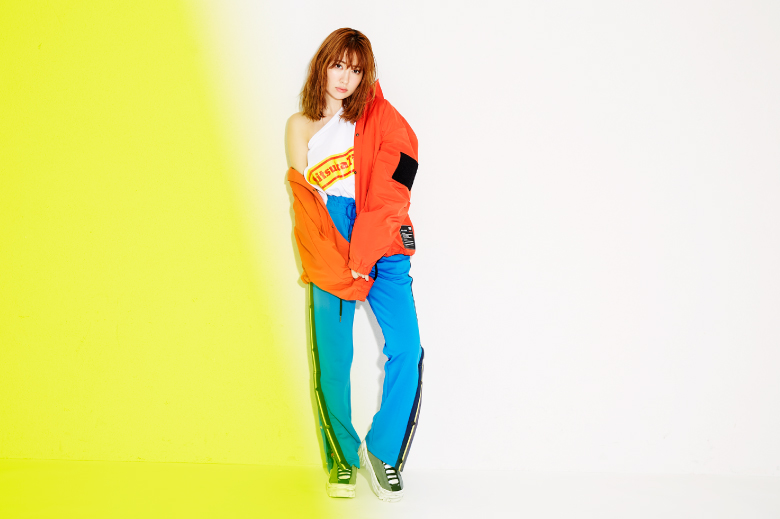 Give some thought about who “the real you” is,
And channel that idea into your fashion mindset.

Haruna Kojima is not in danger of finding herself waiting by the phone, hoping the next call will be a job offer. She’s got plenty coming in from fashion and modeling magazines. Gender is a non-issue when it comes to the fanbase of Haruna Kojima, and that provides a little clue as to the kind of person she really is. The current look she’s sporting is almost effortless, like the outfit and accessories just found themselves arranged on her already, and she has a little of that “Haruna Kojima essence” coming from within the look itself. 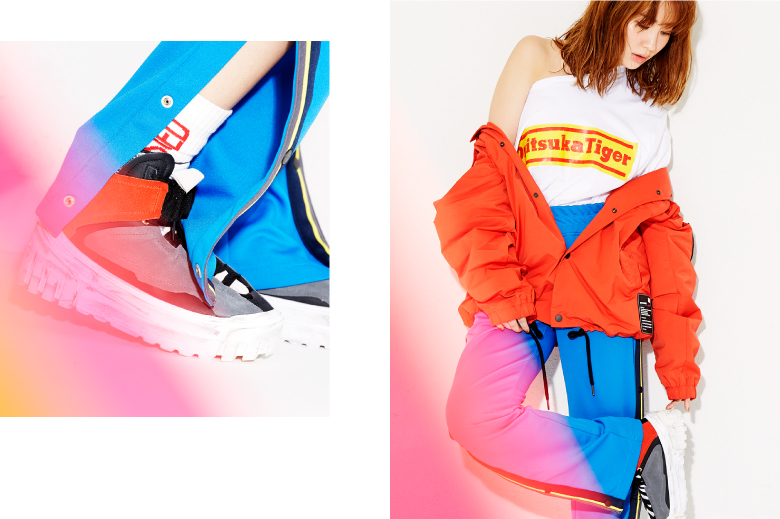 “A coach jacket and track pants with a side stripe, that classic urban look. And then a logo-T, a little off one shoulder. It’s all loose fitting and you can see some skin through the jacket. I think that’s kind of a typical look for me. It’s still hot even though we’re well into September, so I need to show a little skin, it’s an easy way to balance things out.”

So, obviously that makes us curious what her Fall fashion is going to look like. “Denim or dresses. For Autumn dresses, I like knit dresses. With it hanging loose, it might be easy to see my real figure, but I like that kind of feminine stature anyway. And along with that, instead of heels or sandals, I like to throw in sneakers and boots, to bump the needle a little.  That’s the kind of vibe I’m going for this Fall.”

Showing her true colors, along with a little skin too, the image cuts quite the striking feminine figure. From the way she speaks, to the great new look, it’s clear she’s grown a lot since that cute character we knew in her AKB48 days. Now she’s looking sharp and displaying the image of a strong woman. 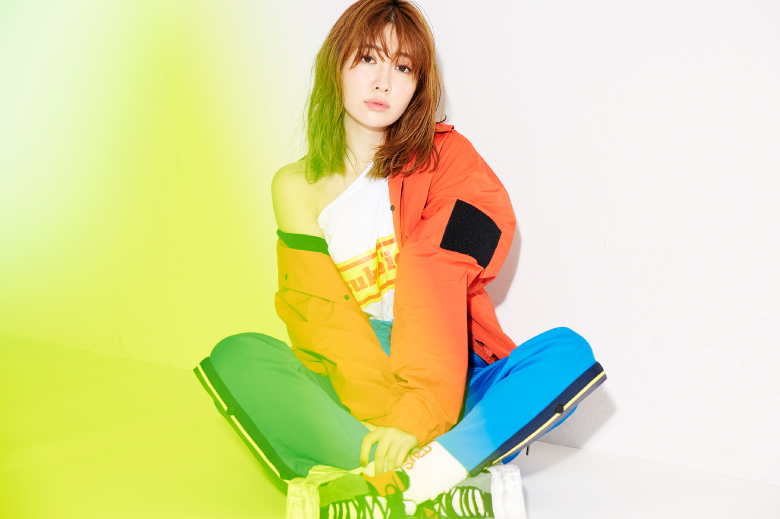 As a brand producer, she’s not just the face of the company; she’s also hard at work behind the scenes. With so many responsibilities, what does a woman like her do on her day off? “I’ve been getting into making content for VLOG, my Youtube channel. It takes a lot of time filming, editing, and coming up with ideas for new content, so that eats up pretty much all of my spare time. It’s a day off, but not really, because my mind is still in work mode.” 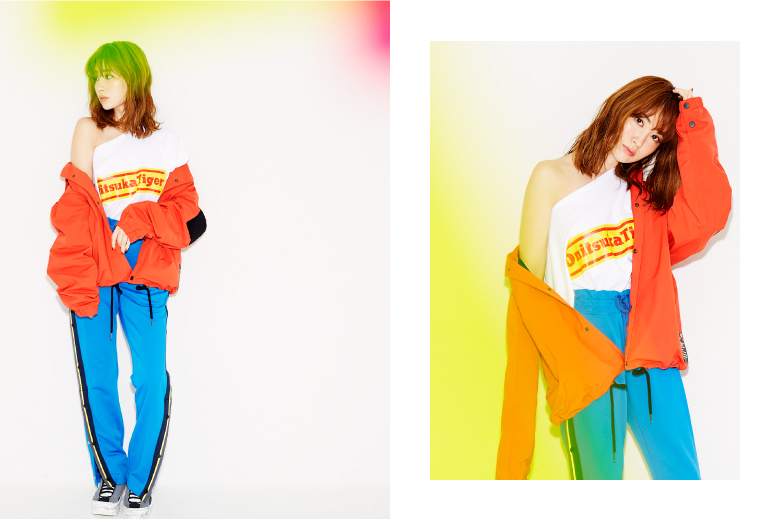 Mentally, she switches right on to full speed, with the gears in her head spinning so fast, you’d never even be able to imagine it.  So for her then, the thing she’s really into the most is… “Terrace House. I’m on it like clockwork, never miss an episode. When I’m with friends, you can be sure we’ll be talking all about what’s going on with the people at Terrace House.”

She opens up and speaks with authenticity, so we ask her to tell us more about her, and she replies with “I guess it’s kind of hard for me to speak about myself, I actually feel kind of embarrassed (haha)…Um…Let me see… I suppose I have a pretty flexible mindset. I don’t get too stuck on any particular choice, so that frees me up to a wider range of experiences or ideas. I just kind of put up my antenna and keep my eyes open for anything that might come along. I think that’s probably reflected in my fashion choices and personal style.” 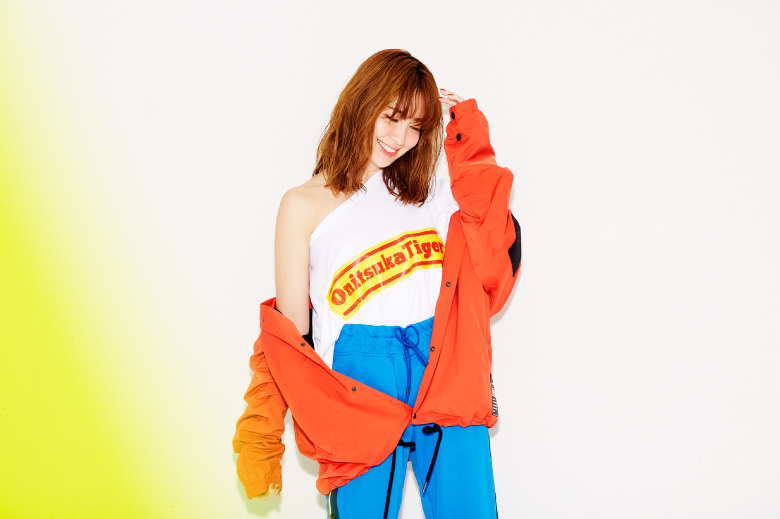 Instead of setting your sights on a goal, and driving at it, full bore, you pick up feedback from others, make small adjustments here and there, and allow yourself to adapt to the situation more fluidly. She’s like, “Oh, this fits with my general outlook on things, so I’m going to incorporate it into my approach. Or, that was a fun little aspect of my current self, I enjoyed seeing how that turned out. I meet a lot of people and hear a range of views, so it’s natural for me to go with the flow somewhat if something resonates with me, and then I see how that changes me, it’s fun to watch the whole process play out,” so as you can see, she’s quite flexible and open.  She has a strong core personality, with a very flexible exterior, which facilitates change for her rather easily; and that’s the overarching image we have for Haruna Kojima: a strong woman with a flexible approach.

→In the October issue of LOOK.2, we get into the nuts and bolts of what it took to get her fashion brand up and going, and we dig a little deeper to get the lowdown on what’s on the horizon. Don’t miss out on this issue!

Born on April 19th, 1988 in Saitama Prefecture.
She was a member of the original AKB48 lineup, joining in 2005.
She left AKB48 on April 19, 2017.
While doing modeling work with magazines like sweet, MAQUIA, and Bijinhyakka,
She was not content to rest on her laurels, launching her own apparel brand in 2018, “Her Lip to,” becoming a producer in her own right.
Now In 2019, she’s made another foray into social media, uploading creative content on Youtube under the channel VLOG,
On which she unveiled her cosmetics, which are hard to come by. And thus, when it’s hard to get your hands on something, as in a case like this, demand skyrockets.