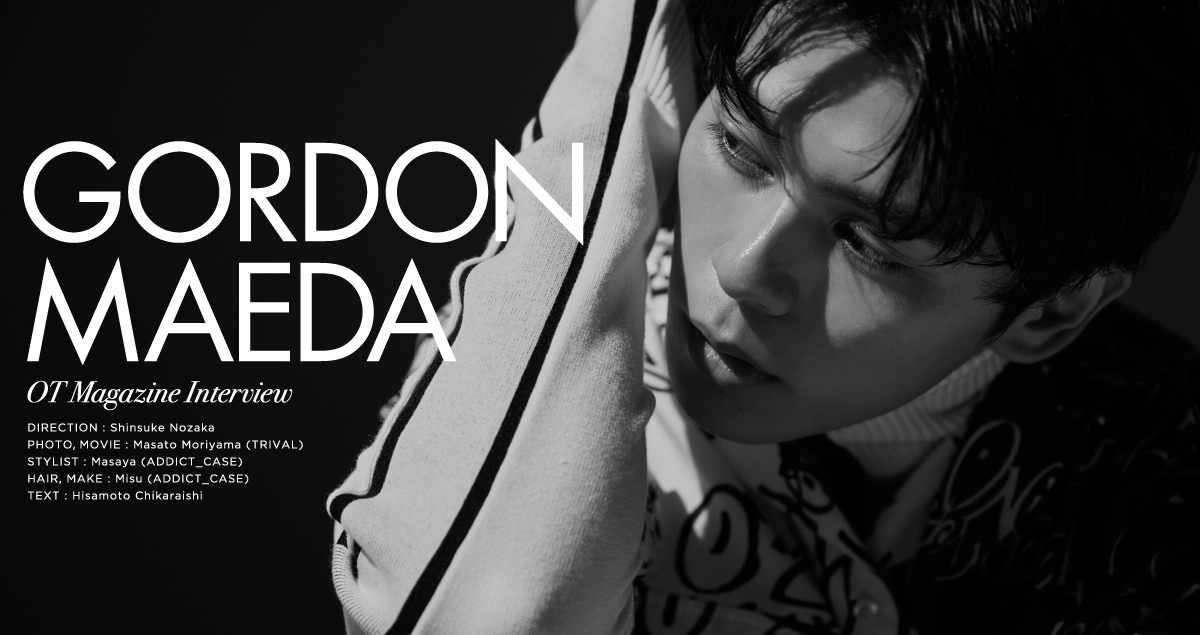 Taking steps toward his future: A mild-mannered and passionate actor who is attracting attention 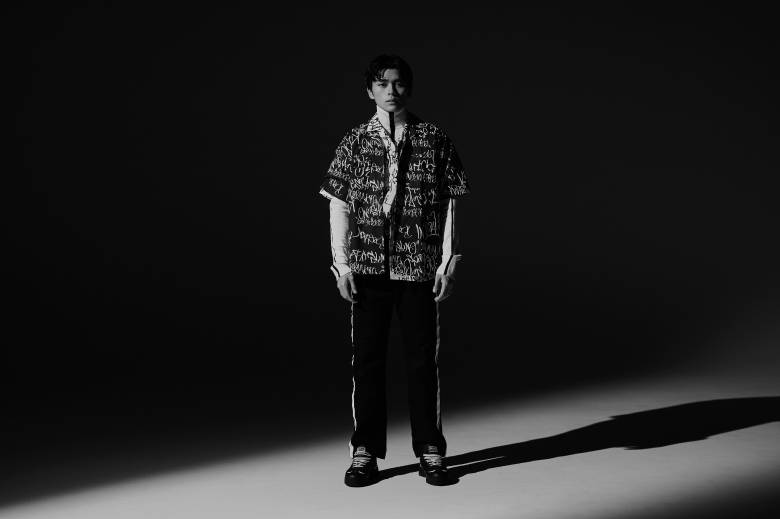 Make an effort, no matter the situation:
Acting is a worthwhile profession as you can gauge your own growth

He assumes new expressions and poses by reflex. He changes his attitude and physicality according to the situation on the spur of the moment. In Look2, Maeda wears a monotone adult-look in contrast to the fluorescent colored ensemble he wore for Look1.
During the shoot he moves his body boldly as he pleases, but behind the scenes he is mild-mannered and polite. If I were to describe him to those who only know him from TV and film, I would say he is a fine young man.
When asked about his strengths as an actor he responded, “I am someone who wholeheartedly pursues whatever I set my mind to. I enjoy making the effort to do something better, and I would like to make it into one of my strengths. My work ethic is a product of karate and saxophone that I have been practicing for a long time!” (see Look1) 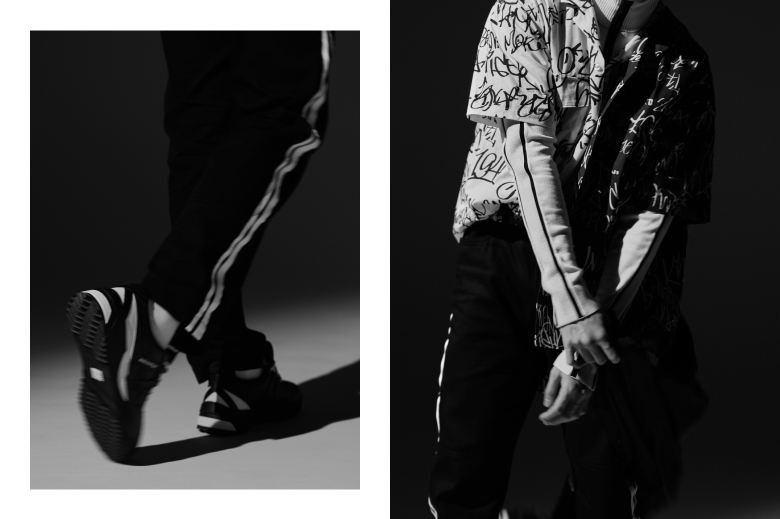 “I believe that your efforts will inevitably result in fulfilling your hopes and intentions, and this is an ideal that I hold dear. It is also very satisfying to be able to feel your growth as an actor with each drama and movie that you do. This is one of the merits of acting.” Acting is enjoyable, yet difficult.
“My only ambition right now is to develop as an actor.” Asked about his motivations to act he replied, “When I am acting, there are times when I find myself thinking ‘I am playing a role.’ So I feel that I have not quite been able to shed my consciousness that I am acting. While it is difficult to become a completely different person, I hope to pursue this goal while retaining some of my own character. I do not like to lose, so I intend to put everything into my work henceforth (laughs).” 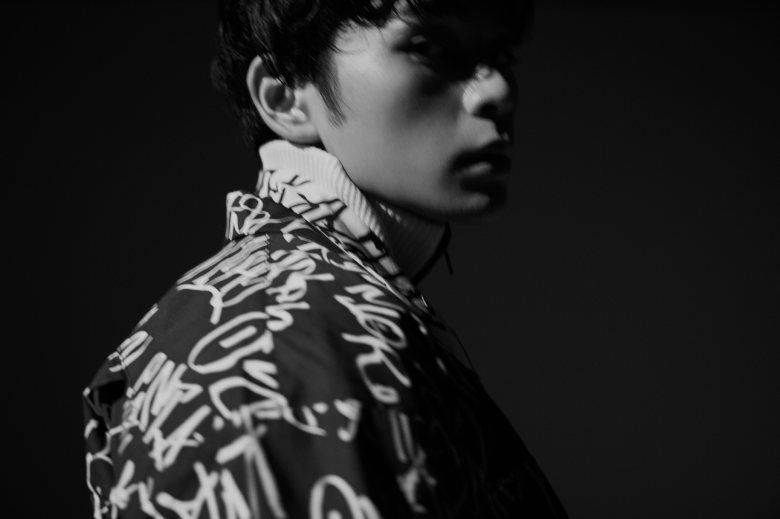 “The people I have met and my experiences thus far have contributed to who I am now. All of my roles have left an impression on me, and my directors, fellow actors, and the staff on set have taught me a lot and helped me to grow as an actor. I cherish all of these precious opportunities to learn from people and hone my craft, and hope one day to be able to repay them and to teach others. This also motivates me to continue acting.” 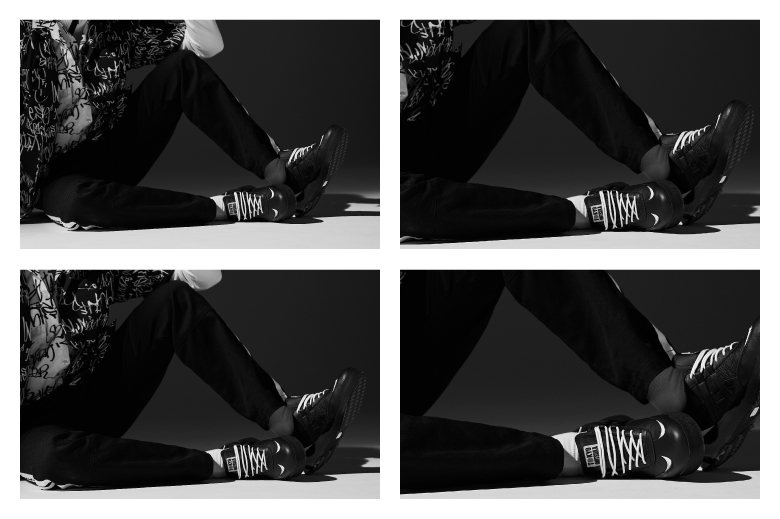 Having turned 20 in 2020, I hope to meet new people and gain experience to draw closer to my goals.

Having made his acting debut only last year and having just turned 20, what are his future aspirations? His debut year went by in a flash, and I asked him about what he wants to do henceforth and his outlook for the future.

“Last year was full of events that I did not anticipate. I entered the acting world, acting in movies and TV dramas, and experiencing new work sites, new people, and new environments. As in the past, I intend to build on daily practice. I am also thinking about taking up a hobby in my free time! The thing is, I have no diversions right now (laughs). I was into skateboarding in the past, so I will either take it up again or make some time to go snowboarding.” 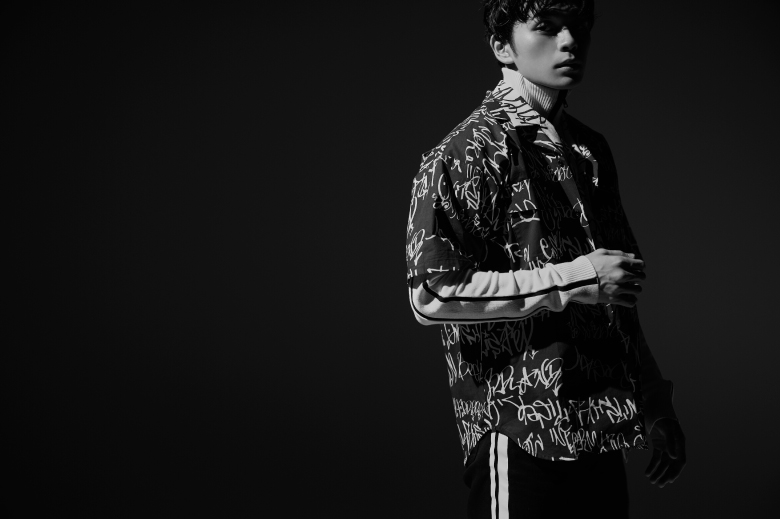 “Having turned 20, I hope to endeavor this year to fulfill the new goals that I have set as a result of my activities in 2019.” When I asked him about these goals, he shyly and apologetically replied, “I keep my goals to myself…” Everyone expects great things from him in the future.

“As an actor, I hope to broaden my horizons without setting limits on types of roles or country. I want to hone my skills. By acting in TV dramas and films, I want to meet people and absorb all I can. And by gaining experience playing different roles, I hope to be recognized as a good actor in Japan, and perhaps act overseas as well in the near future.”

Gordon Maeda
Born January 9, 2000 in Los Angeles, USA. An up and coming young actor who debuted in 2019. His good looks and 183cm stature are also being applied as a model. Movies and TV shows he has recently appeared in include the movies, “Small Love Song” (role of Shinji Fukumura) and “12:00am, Come Kiss Me” (role of Akira Hamabe) and the TV drama, “No Side Game” (the role of Keita Nanao), among others.