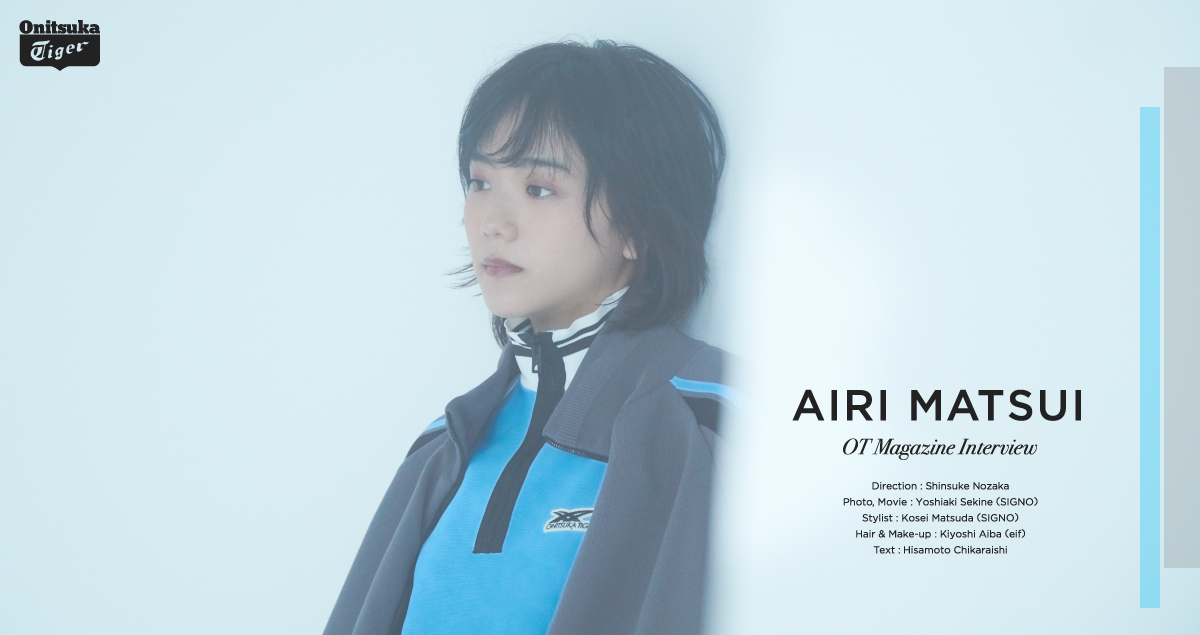 Meeting diverse people and making the work together
Acting makes me happy!

Airi Matsui exudes charm through her various faces as a model, actor, and TV program MC. She began her career as a model for a teen magazine at the age of twelve. For half her life, she has been the object of adoration for many people and is at the forefront of fashion and entertainment. 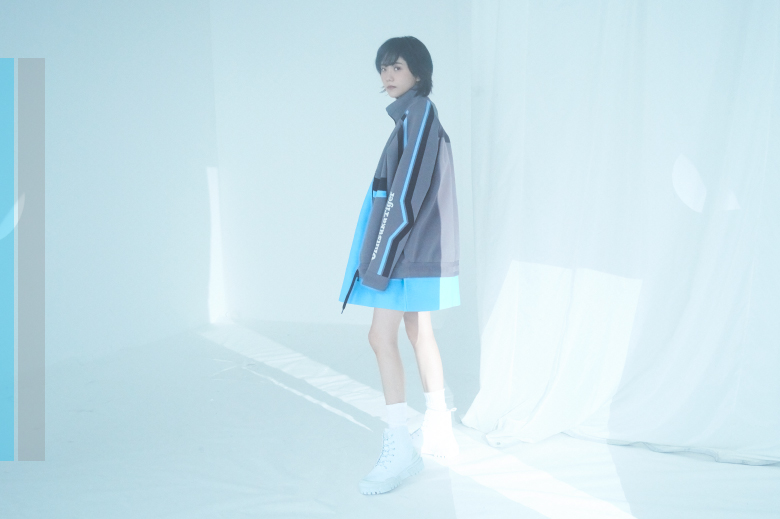 What a pro! When the preparations for the photo shoot are ready, the moment the camera shutter clicks, the person who was bright and laughing just a moment ago displays a commanding presence that pushes back the gaze of others. A moment ago, she had been telling me about the relation between the garb and the role one plays. ‘When I look at the garb of the person I am playing, an image of the character takes shape in my mind. Sometimes I think, “it is just as I thought” and at other times, “it is a slightly different character than I thought.” The garb informs me about how I should get into character. As character is something that comes out through your clothing, there is an aspect of the job in which I flesh out the character after the garb is settled.’ She strikes cute poses one after the other with her positive energy.

She wears a grey blouson over a blue half-zip one-piece for a boyish, sporty look. Refreshing white boots are added to make for a clean impression. It is a style that is light and cute and suits her smile. “The blue and grey combination looks good and I like it. The balance of the big silhouette blouson and the one-piece is also cute. I think it would be attractive to wear a colored undershirt and show it a little from under the neck of the half-zip. The whole ensemble is tied down by clean white boots.” 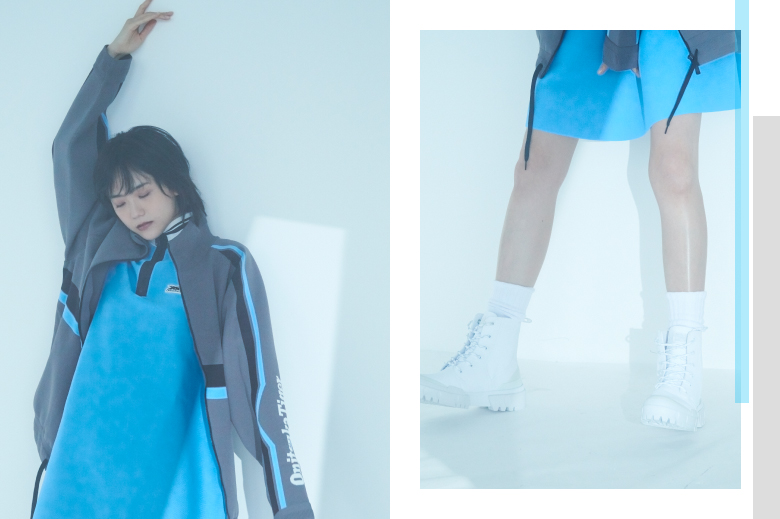 She instantly grasps a mood from the style and puts it on. Her smart sensibilities are reflective of someone who has been working for a long time on the front lines of modelling. She informs me, “There are parallels between modelling and acting. How you look on film changes depending on your expression, appearance, or the intensity of your gaze. There is a synergistic effect from doing both types of work.” Though convinced of her honest work ethic she admits, “but when I start thinking about getting into character, I sometimes think too much and am caught up in an endless loop (laughs). Oftentimes, what I feel and discover on set helps me get into character, so I try to work with what I am thinking and feeling then and there.” 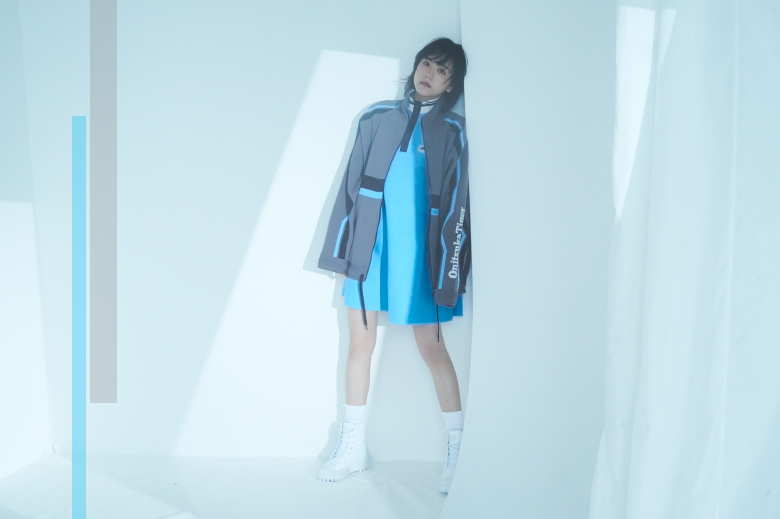 Still, if she is not quite up to the task of filling a character’s shoes, she proactively fills in the gaps. “Some time ago, I played a devilish girl who is good at drawing the attention of boys, but the character was so much the opposite of the real me that I became quite troubled about it (laughs). So I studied works that I thought were similar. Conversely, if the role comes naturally to me, getting into character will involve finding aspects about the character that are closer to the real me.” While the path of acting is difficult with endless trial and error, there is a sense of euphoria that she derives from each film shoot.

There is a sense of attainment that comes from meeting diverse characters and people. “While spending long hours with fellow actors and staff, becoming friendly and communicating with them in-depth, we head in the same direction together knowing that each person has a role to play. There is a sense that we are working together to create a single work. This is a huge motivation for me.” 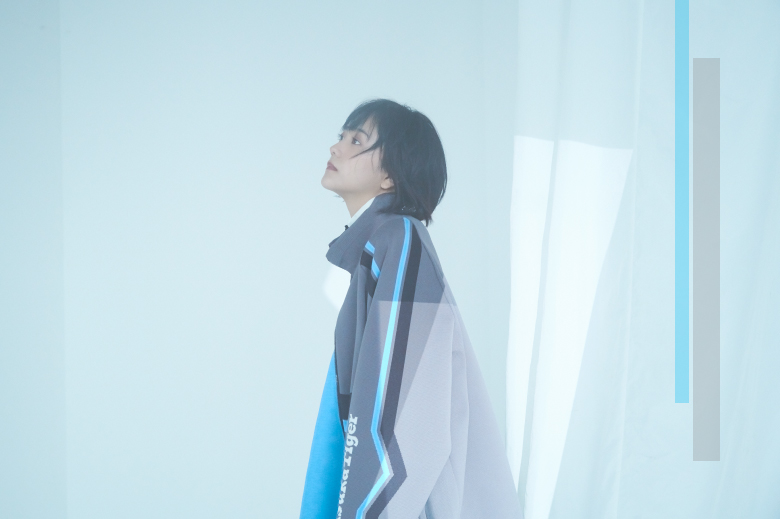 In the future, she wishes to challenge herself by playing a dark character that she has never played before. “Thus far, I have mostly played cheery and lively girls. I want to play a wide range of characters, including a criminal with a dark side! This would be a challenge for me, but I do like to watch mystery and suspense…” Airi Matsui playing a hard-boiled and mysterious character; now that is something I want to see!

→ In LOOK 2 to be released in September, I will delve into her private life and ask her about her favorite fashion and hobbies.

Born on December 26, 1996 in Fukushima Prefecture. Airi Matsui made her professional debut in 2009 as a dedicated model for the teen fashion magazine “Nicola.” In 2013, she was hired to do a commercial for “Zexy” magazine and garnered popular appeal. In 2014, she was picked up as a dedicated model for fashion magazine “Ray.” In 2020, she became a regular model for fashion magazine “GINGER.” Currently, she is a main MC for the NHK-ETV program “Numa ni Hamatte Kiite Mita.” Works that she has recently appeared in include the film “Iyashi no Kokoromi” and “My Blood and Bones in a Flowing Galaxy” and the MBS late night drama “In-House Marriage Honey.” She will also appear in the FOD original drama “Eroi Kareshi ga Watashi wo Madowasu” scheduled to be streamed on September 18 and “First Gentleman” scheduled for release on September 23.