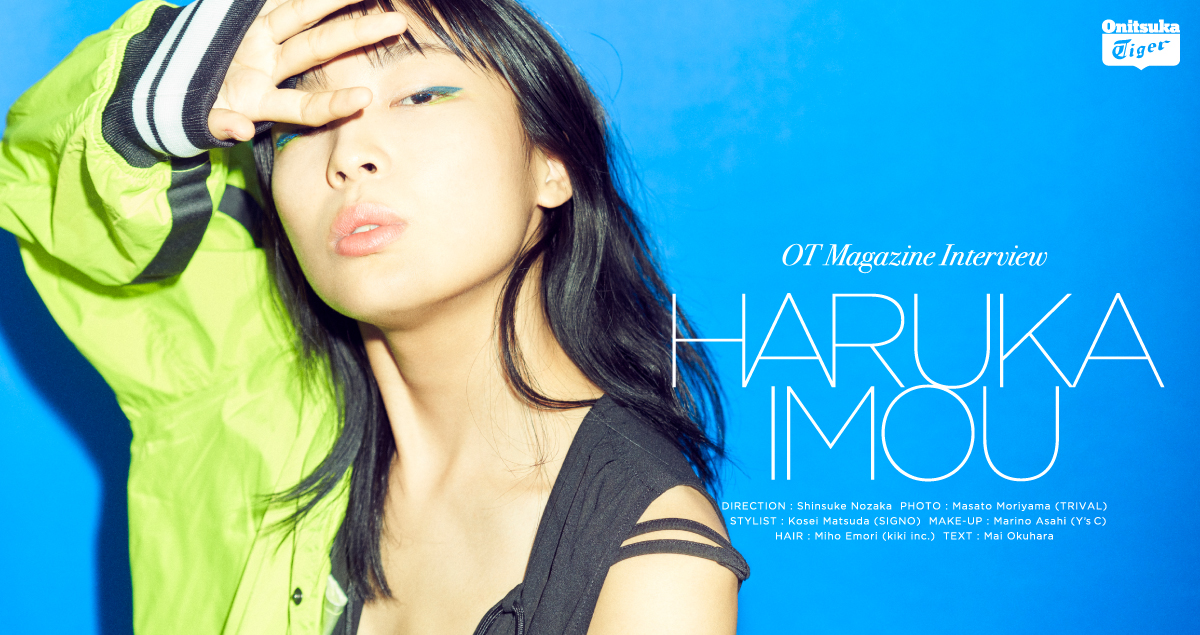 We interviewed the 21 year old Haruka Imou, an up-and-coming actress

Debuted after being selected as a finalist in the 2014 Junon Girls Contest. She moved to Tokyo when she was just 18 and has since acted in a wide range of movies, stage plays, and television commercials. In this interview, we zero in on the appeal of actress Haruka Imou who is a rising star in the theatrical world. 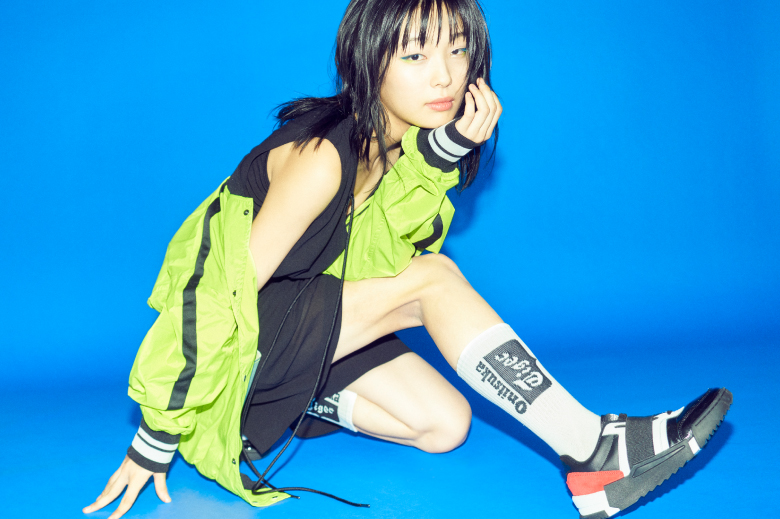 Audrey Hepburn is her role model as an actress and for her fashion style.

A genial and innocent 21 year old before the shoot, her expression changed the moment the camera was turned in her direction. In this shoot, we had her wear a womanly all-in-one chiffon beneath a loosely worn oversized blouson. “This outfit was feminine mixed with casual. I put on a womanly expression, dropping the blouson on one side and exposing a shoulder. I was able to move actively and freely in the ensemble and have fun. The sneakers are cute as they are compact and lean.” The sneakers are a standard item for her as she enjoys moving her body; she did karate until junior high and continues to run. “I wear sneakers a lot. I try to choose a cute design to lift my spirits while running. I used to wear a sporty and casual style of sneakers, but have recently opted for feminine and stylish. ”The reason for this change is because she recently saw the movie “Roman Holiday” again. 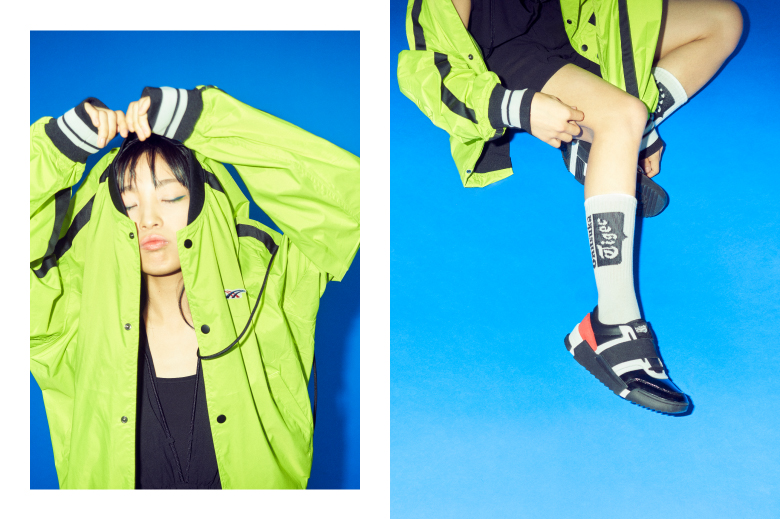 “Audrey Hepburn’s style is very cute. I am a fan of her princess outfits that she wore in the film. Audrey Hepburn is one of my favorite actresses. I will never get tired of watching her expressions at the end of the film. She is an eternal fashion icon. Everyone imitated her hairstyle and fashion and she always possessed an inner charm no matter how old she got. While her stage plays were also good, it was like she alone was shot in color in her black and white films. I want to be someone with that kind of inner charm and charisma.” She is a huge movie buff which has influenced her acting as well as her fashion sense. “I like a dramatic fashion style. I think about what I want to wear as the main character of my own life. I believe that your clothes are part and parcel of your mood.” 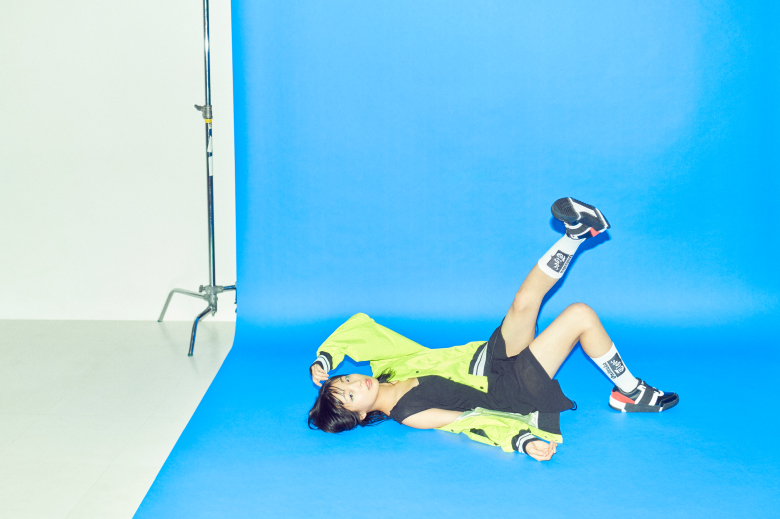 Her struggles and hardships have led to the person she is today.

Haruka Imou tries to have various interests and would like to challenge herself at anything. What activity is she most into these days? “On my days off, I always go to a sento (public bath). I like to go into the sauna followed by a cold water bath, then repeat. I also like drinking sake and often go drinking with friends. I am from Kumamoto Prefecture which has plenty of sake and onsen hot springs. After coming to Tokyo, I was impressed by the abundance of sento. I like the cold-water bath after the tough sauna. So I guess you can say that I make an effort to go into the sauna to enjoy the cold-water bath.” 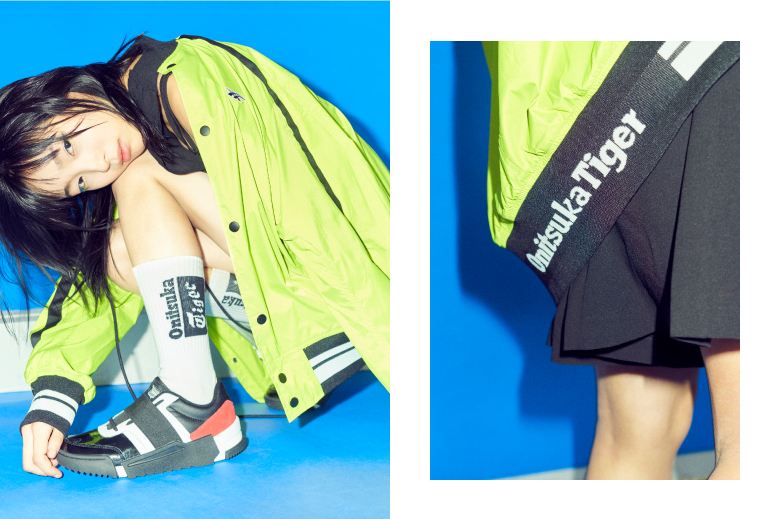 She is into muscle training such as doing sit-ups before bed, and running. Maintaining her stamina and building a healthy body is part of her daily regimen and essential to her work as an actress. “I have always enjoyed exercising. I had been doing karate and oil painting since I was girl. My karate and paintings were a factor in my passing the audition for the Junon Girls Contest. I had setbacks in karate as I grew up, and I quit because I was disappointed in things not going as planned. But my quitting karate became a motivation for me to enter the acting world, so it was necessary. But I am glad that I continued with karate as a child.” While she did not have a dream to become an actress, continuing with karate and painting led to the opportunity for her to find employment as an actress. In our next Look article, we will hear more candid words from this artist about her student days until her debut, and how she takes on her roles as an actress.

→In LOOK2 for release in December, Haruka Imou discusses the circumstances of her debut, her theories on acting, and future outlook. Don’t miss it!

Haruka Imou
Birthdate: December 18, 1997
Hometown: Kumamoto Prefecture
Teaching ability level in Japanese calligraphy.
Made her debut as an actor after being selected a finalist in the 2014 Junon Girls Contest.
She has been in the long-running NHK TV series “Idaten: New Olympic Narrative” as well as numerous movies, TV dramas, stage plays, CM, and MV.

She won the SSFF&ASIA2019 Best Actress Award for the movie “Beard and Raincoat.”
She will appear in a few yet to be released movies in 2020 such as “37 Seconds” and “Soiree.”
She is also a regular on the TV drama “New Sisters Eating Together” (Television Tokyo, among others) now on air.