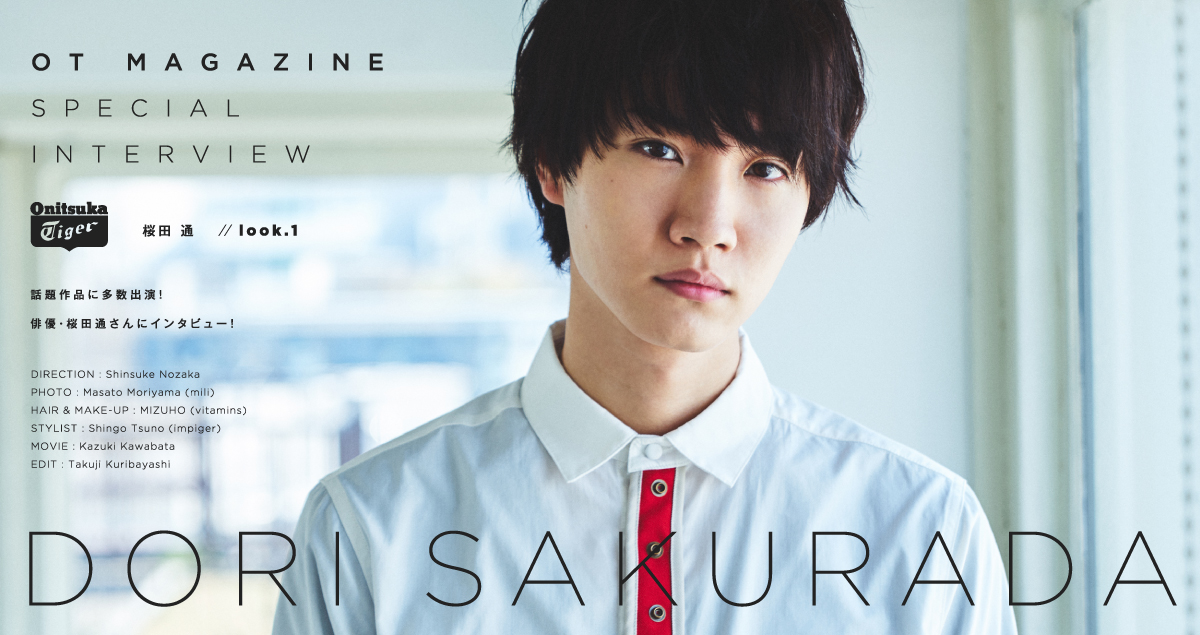 You can see this actor in all kinds of different genres.
An interview with Dori Sakurada.

Dori Sakurada has a range of impressive performances in his portfolio. At 180 centimeters tall and a slender build, he makes for a dashing figure in Onitsuka Tiger items. In this interview we ask him about some of his acting roles and his views on work. 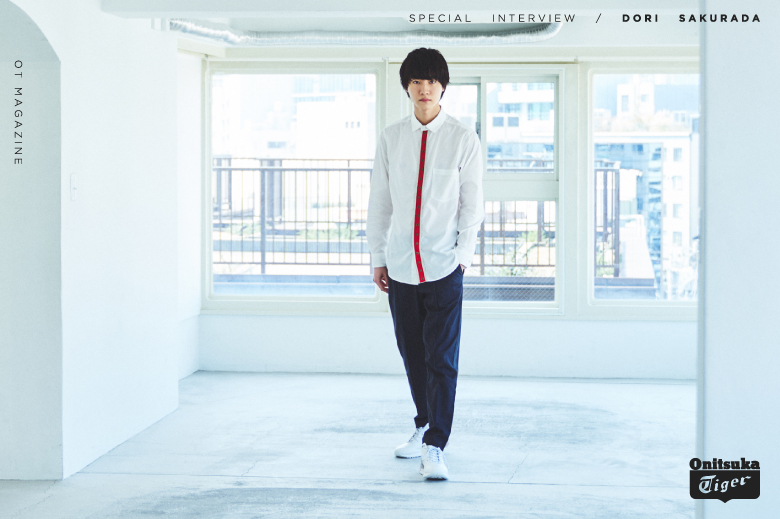 It was fun! I wanted these clothes to look good, so that was motivation for me going into this shoot.

──Tell us what you think of Onitsuka Tiger.

I was under the impression that lots of people in other countries wore Onitsuka Tiger stuff, and that’s why it got popular in Japan. The shoes are light and comfortable, and the designs are original. 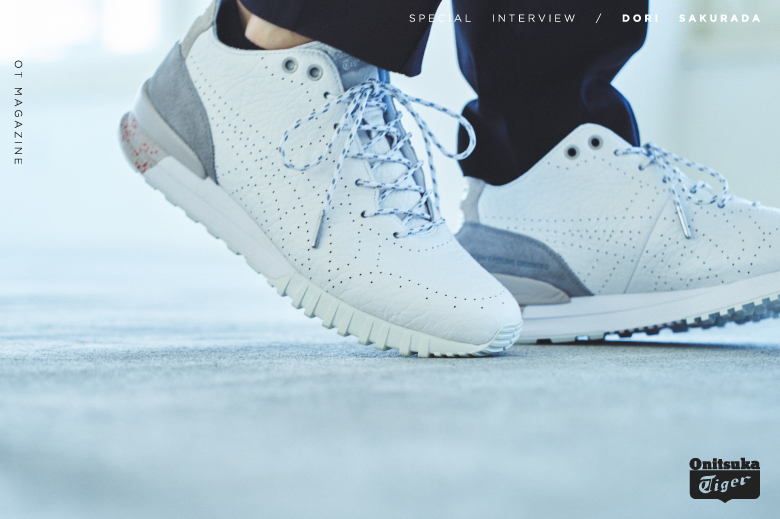 ──What was it like to check them out for yourself?

There were a lot of casual things. I’ve been to one of their stores before, and was kind of surprised to see fashion and leather items. I like black leather, so that was really nice.

──To start with, what was it that got you into the world of show business?

When I was in the 5th grade, I got a free dance lesson at this event done by an older member of my current company, so that was how I first got started. I was about to go home after the lesson, and was scouted from that, but in retrospect, I guess that event was actually set up to be a sort of audition. 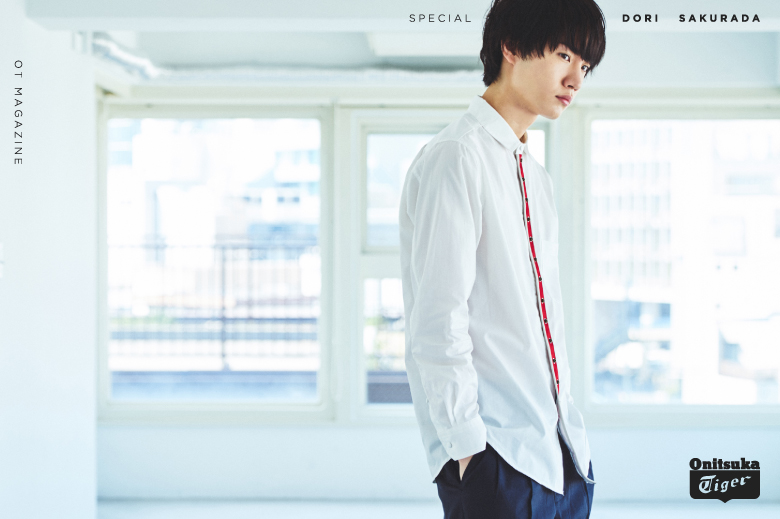 ──So, in your many years in show business, was there any particular turning point for you?

I studied abroad when I was 20. But let me just say that up to now I still haven’t really had any turning points (haha). So I guess if I was pressed to list an actual turning point, it would be that overseas study trip.

I did a complete 180 with regard to my performing. Before studying abroad I like stage performances, and always did my best with them, but looking back, I realize that what I thought was my best was actually somewhat unrefined. 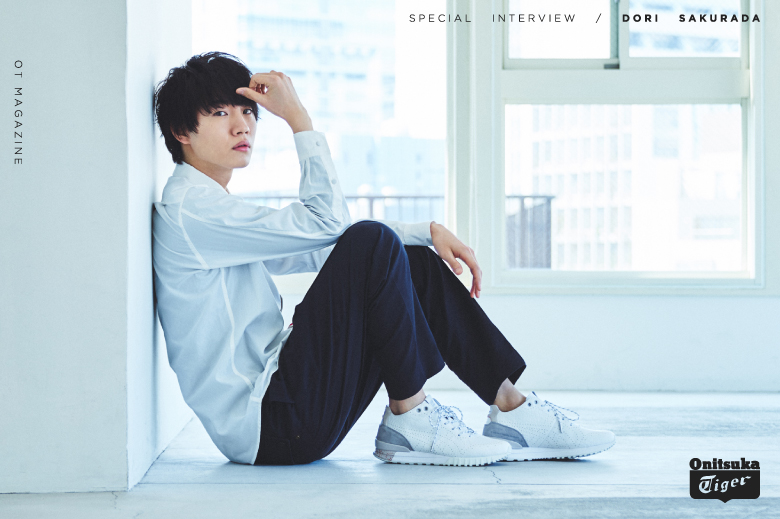 ──It sounds like you found a renewed passion for acting.

I’d always just taken it for granted that I would have work. But then once I was away from it, I realized just how important it was for me to be up on stage.

So then when I got back to Japan, I approached each job with a much more serious mindset. And that change applied to not just the work itself, but my relationships with others.

──So, do you have anything planned for the future?

I’ve never really had any one big dream…. But I do have some more specific goals. There are so many different types of roles I’ve never done that I want to try. So I want to find those new avenues for acting to explore. And I think by trying to learn about different viewpoints, I’ll be able to expand my skillset, which will also aid in my overall development in the profession.

──Oh, by the way, do there happen to be any actors of a similar age who you’d consider a rival?

No. I’m aware of some good points and flaws in my own personality, but I don’t worry about the competition around me at all, so there aren’t any that I’m aware of (smiles).

Having a rival would mean that I’m focusing too much on external things, which would have a negative impact on my motivation, so I don’t even bother.

On the other hand, there are some actors that I like, and I have actor friends in the same age group. They’re not rivals, but when they’re involved in something, it kind of lights a fire under me, so it is motivation to do better.

→ Check out next month’s LOOK.2, for the scoop on some unknown aspects of Dori Sakurada’s personality, and more on his personal life!

He starred in the musical The Prince of Tennis, and after that played Kotaro Nogami in Saraba Kamen Rider Den-O: Final Countdown (2008).

More recent works include the motion picture “orange,” as well as Good Morning Call and Courage to Be Disliked, and the character Mugi Awaya in Scum’s Wish, the latter three on the Fuji TV network. Not yet completed is I Want to Eat Your Pancreas, slated for release on July 28th.