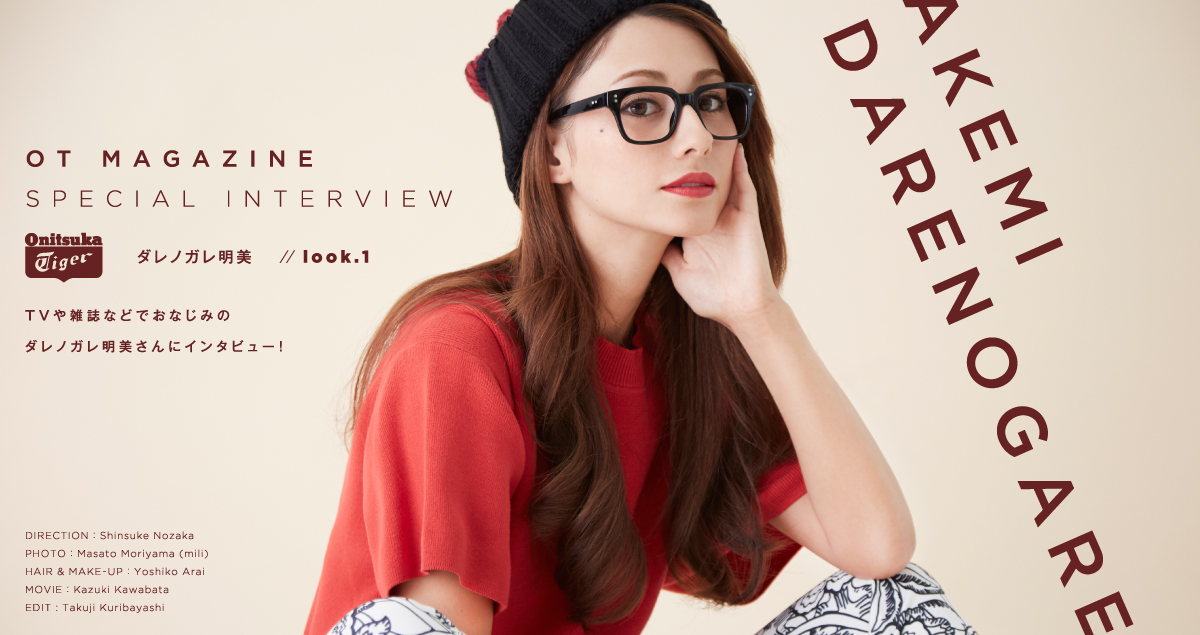 An interview with Akemi Darenogare,
a familiar face on TV and in magazines

Model and celebrity Akemi Darenogare, with her cute looks and laidback character, is a hot topic right now. We ask her about her style secrets and her love of cooking, and get to see a more stoic side of her. 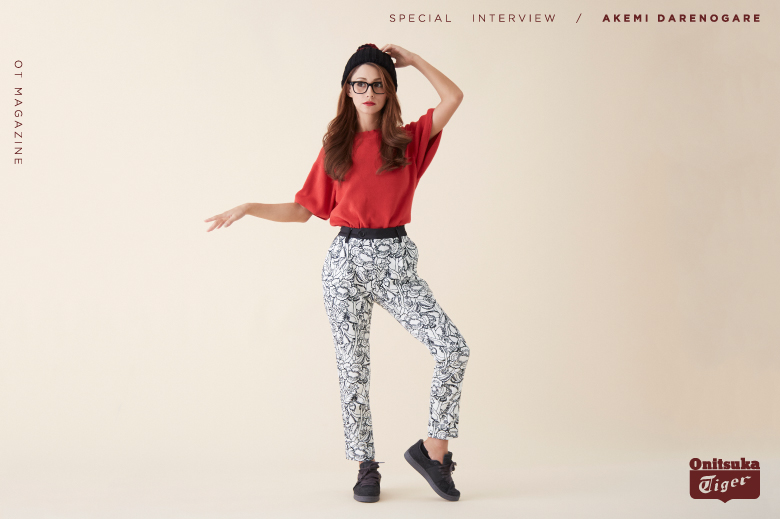 ── How do the shoes feel?

They’re great! During a shoot, when I put something on, I’m usually worried that the shoes won’t fit, but this time was different. They’re not heavy, they fit great, and it feels good to walk around in them.

── What kind of clothes do you normally wear in your private life?

I usually wear something stylish. So that means I also usually have to wear heels to match. I think I only have one or two pairs of sneakers… (laughs). But I really liked the sneakers from today’s shoot! 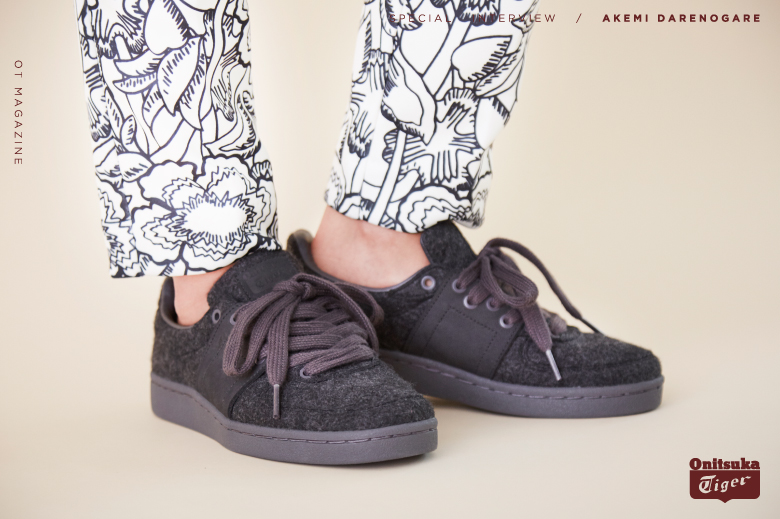 ── So, what’s the secret to your tight, trim figure?

If I’ve had too much to eat, the next day I’ll limit my food intake, or I’ll wait two hours after I wake up to eat, stuff like that. Or sometimes I’ll do a juice cleanse, to kind of re-set my system. And of course the gym is the main thing to do for overeating!

── So, can you recommend any kind of diet in particular?

It’s really easy to lose weight in summer, so I think some sort of summer weight loss regimen is probably a good idea. It might be hot, but walking between stations instead of taking the train, swimming in the pool, things like that which you can turn into a habit, to get ready for winter. And of course proper eating is important. When I’m on a diet, I don’t eat any carbohydrates at night, and I avoid fried foods. 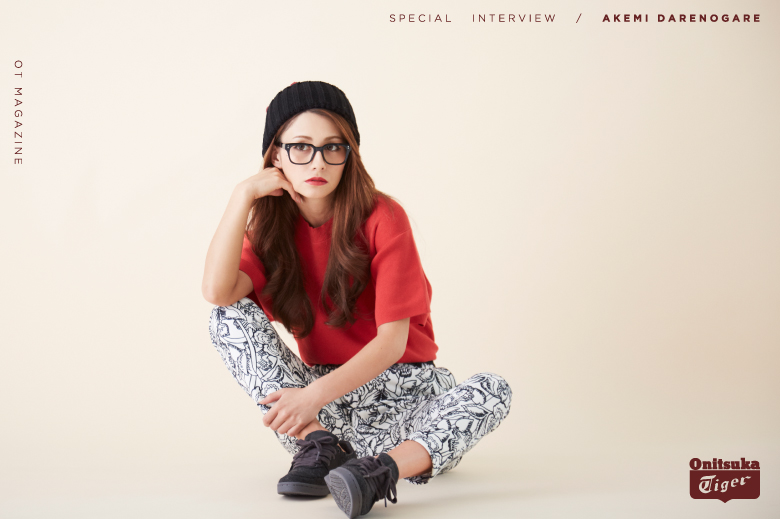 ── So, you’re a good cook, aren’t you? What have you been making lately?

Boiled eggplant seasoned with soy sauce (laughs). Eggplant is in season now, and it’s really good, so I try to make a lot of dishes that incorporate it somehow. I also like myoga ginger. And vegetables are definitely on the menu!

── Is there anything in particular you’re good at, or that you focus on with your cooking?

I’m really interested in making a balanced meal. So when I’m trying to put on muscle, I make protein-based meals, or when I’m trying to lose weight, the main dish will be some sort of veggies. Also, I try to avoid getting a low body temperature at night, so I’ll go with boiled veggies as opposed to raw. 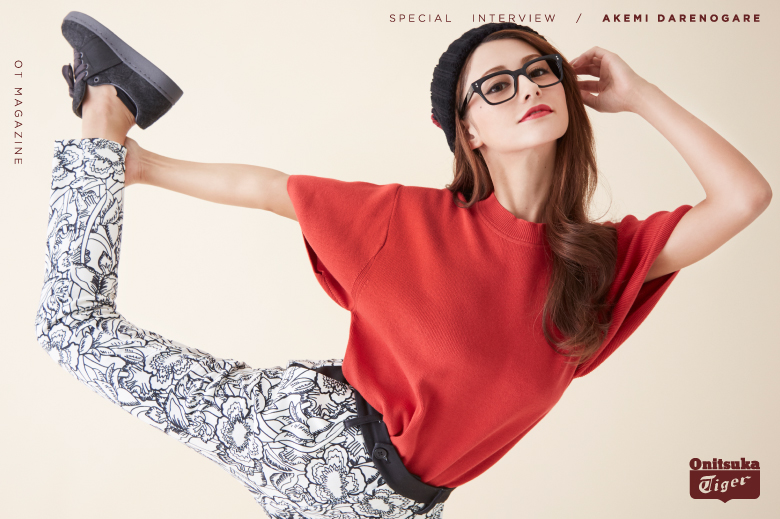 ── It’s amazing that you can find the time to cook with such a busy schedule!

Yeah, if I wake up early enough I can (laughs). Hey, it’s not like I’m working 24 hours a day or anything; you can make the time. I want to be able to find the time to do anything.

→In next month’s Look.2, we ask Akemi, now 26, about her true intentions now that she’s an adult! 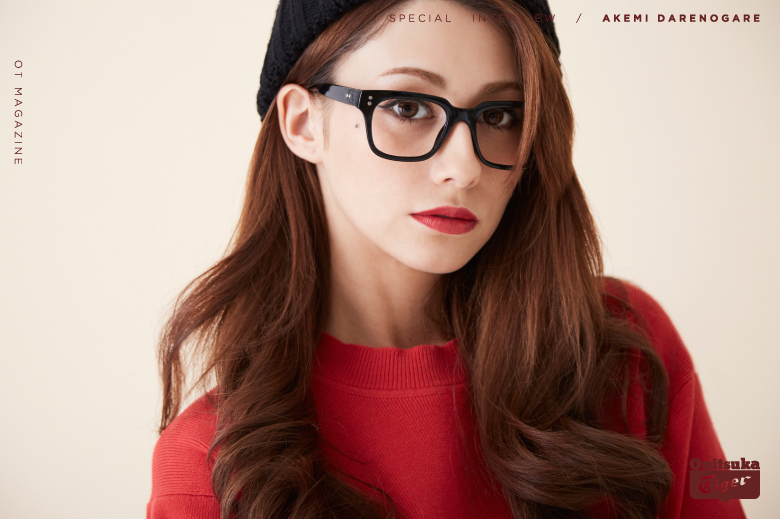 Born on July 16th, 1990 in Brazil. Her father is of biracial Japanese and Brazilian heritage, and her mother is Italian. She made her modeling debut in May of 2012 in the magazine JJ, and has made all kinds of appearances on TV and in magazines. She’s slated to appear in the new Kao commercial for Essential shampoo and conditioner in August 2016.