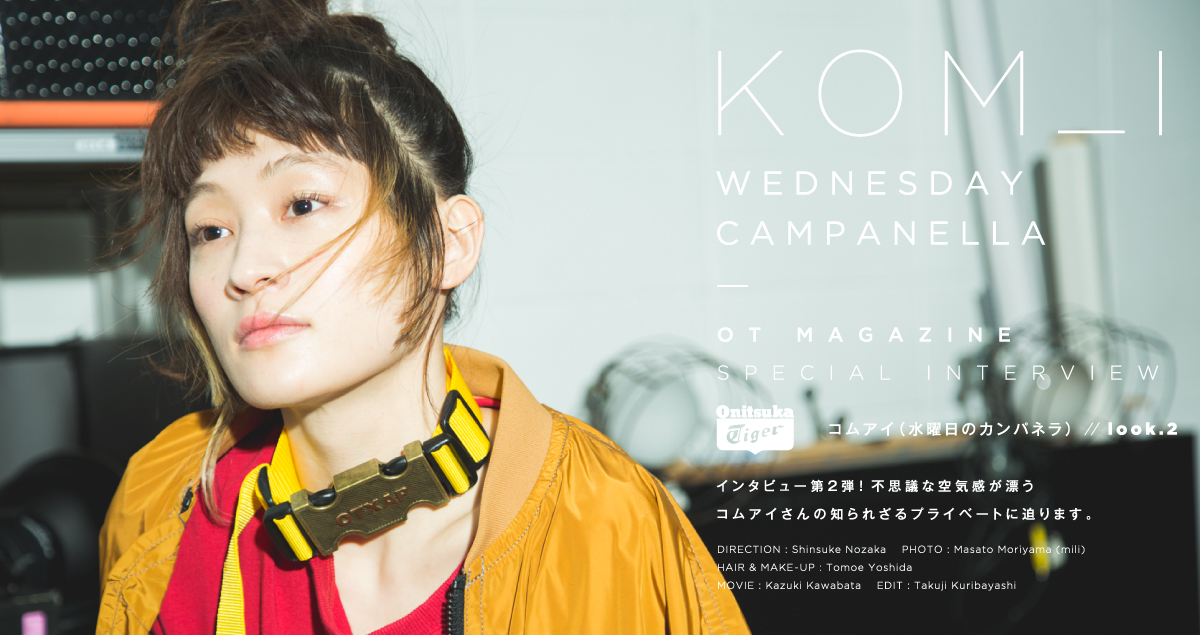 This is Part 2 of our KOM_I Interview!
We get a glimpse into the private life of this rather peculiar person in this part.

She moves up a rung on the professional ladder with her first performance at the Budokan, and now we get to hear about what’s coming next for her. Part 2 centers on her personal life, and her true self comes through to share some info nobody’s heard before! 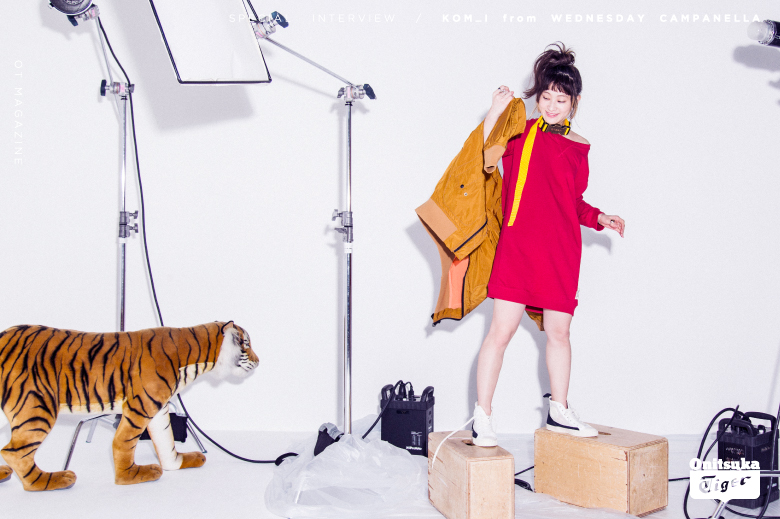 ── How do you spend your days off?

I sleep a lot, go shopping…. Looking at exhibits takes a long time, so I usually do that on my day off too. And sometimes I go to see kabuki, rakugo, noh, things like that.

After moving to Shinjuku I really liked it there. The Shinjuku Ward Office is great (laughs). Shinjuku is such a multicultural place, I often hear people speaking different languages to local staff. The staff must be really flexible and prepared for a variety of situations, they seem to be used to handling it. They’re even nice to a regular Japanese girl like me. So that kind of thing has made me really fond of Shinjuku. I like places that accept a lot of different types of people.

── If you were an animal, what kind would you be?

Either a cat or a sloth I guess. And my body is really flexible, so maybe a mollusk or something. I wonder if an octopus would empathize (haha). Something that looks like it feels really good when it’s having a nice stretch. 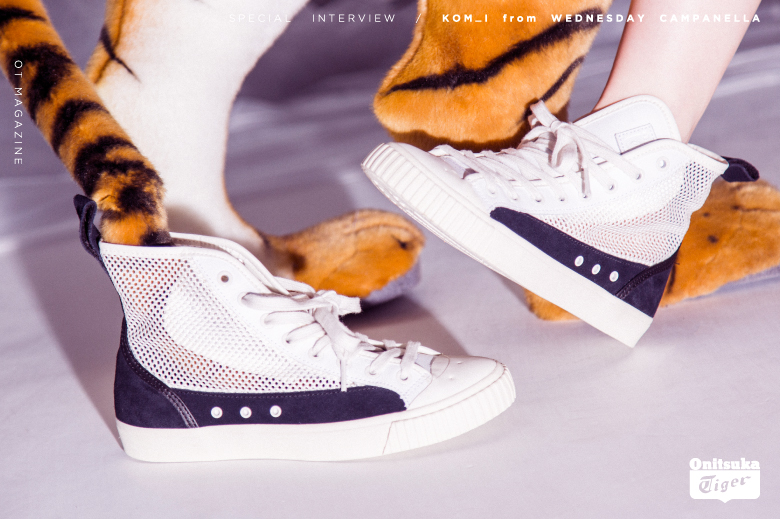 I used to think things like, “Why do we have to live in the kind of neighborhood that needs to have Homeowners’ Association meetings?” (laughs). I don’t think it’s a good thing when all the houses are made to look the same. I think it’s good for kids to grow up in places that have covered shopping streets and other local businesses, I used to go to Namco Namja Town all the time (haha). I wanted everywhere to stay back in the Showa era.

── What kind of guys do you prefer?

I don’t have any particular type.

I’ve dated guys who were smart but could be silly, nice guys, bad guys, hardworking guys, lazy guys; there have been a lot of types, not a high number (laughs). 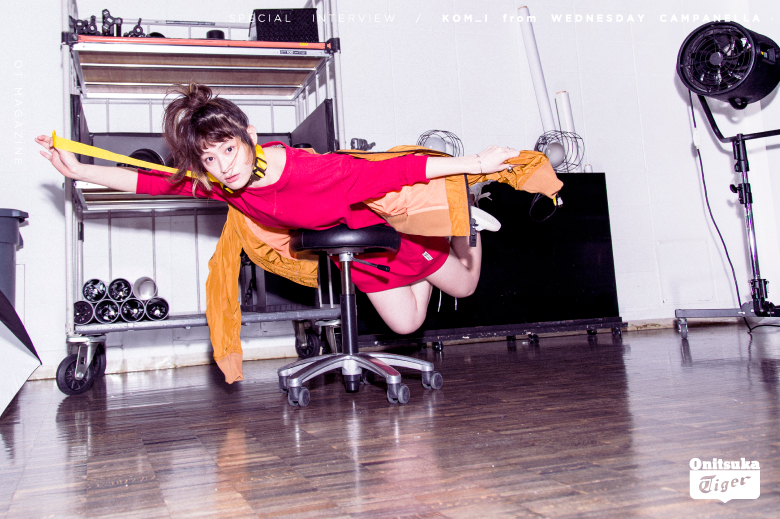 ── I see (smiles). So then, do you have any preference for guys’ habits or behavior?

I like to see the look on his face when he realizes he’s lost something. When he suddenly sits up straight with a bewildered look in his eyes, like “Oh my God! What was it? I’m missing something….” When he sees it happen to his girlfriend, he be all like, “Oh, come on, don’t worry about it, everything’s going to be all right,” acting all in fatherly and in control, but then when it happens to him, he freaks out (laughs).

── So, have you ever lost your cellphone or anything?

I didn’t lose it, but one time I was like, “Oh my God,” I was at the top of the stairs and I dropped my phone, it went flying. Before I knew it, it had fallen all the way to the bottom of the stairs. But somehow I’m still using it. And one time I dropped it right into the toilet, it was completely underwater. It was one of those shallow Japanese toilets though… (haha). 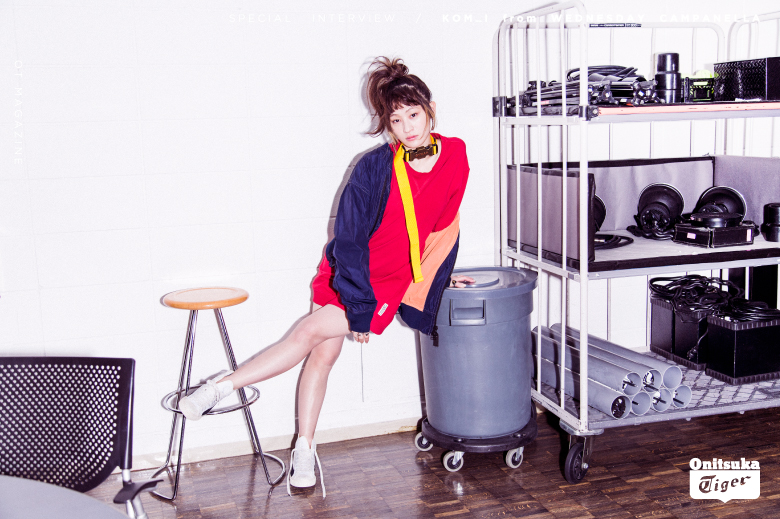 ── Wow, that was quite the predicament…. So anyway, can we switch gears and ask you about what you’re looking at doing in the future?

I’ve been working at a really high pace, but I’d like to just release one song at a time. Every time I’ve had a new song come out, the promotional video has been released concurrently, but then later when the music video comes out, even for older ones, people notice it again, saying they like it or asking if it’s a new track. But going forward, I’d like to launch the song, music video, album jacket, and everything else all at the same time.

── Tell us about some plans you have for your personal life.

I’ve been studying English. I want to be prepared to handle overseas interviews myself.

Also, I want to go fishing!

Fishing and hunting are part of the natural food chain of an ecosystem, right? I like the idea of going hunting and fishing in order to make myself part of that system in a more natural way. I like to think that eating a fish that I caught myself would give me more insight into the natural world. And I want to eat living things that lead healthy lives (laughs)! 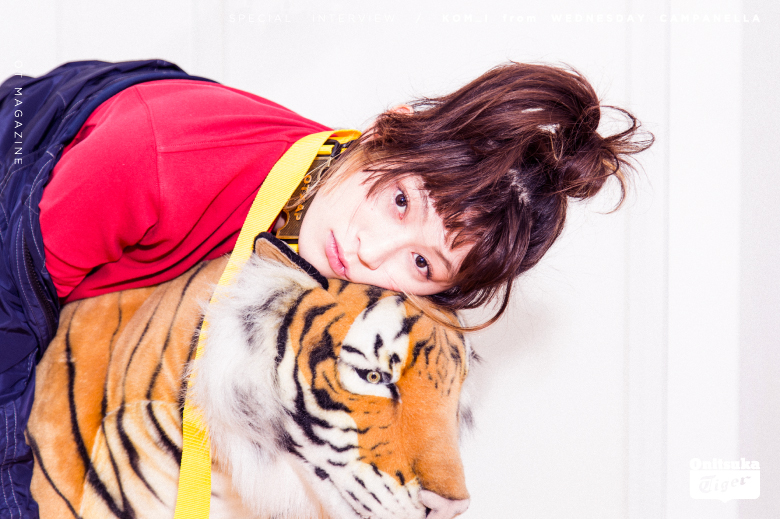 Established in 2013. The members are KOM_I, Kenmochi Hidefumi, and Dir.F. Momotaro, from the collection Watashi wo Onigashima ni Tsuretette, released in November 2014, became a hot topic online and on radio.

The album Zipangu hit stores on November 11th, 2015. Zipangu is a collection of favorite tunes, featuring Twiggy, seen on Yahoo Auction and TV commercials, as well as Ra, a collaboration project done with Nissin Curry Meshi 2.

The EP “UMA” was released by Warner Music on June 22nd, with assistance from creators overseas, and featuring numerous sound variations.

The album SUPERMAN was released in February 2017.

In March, she is slated for her first solo performance at the Budokan.