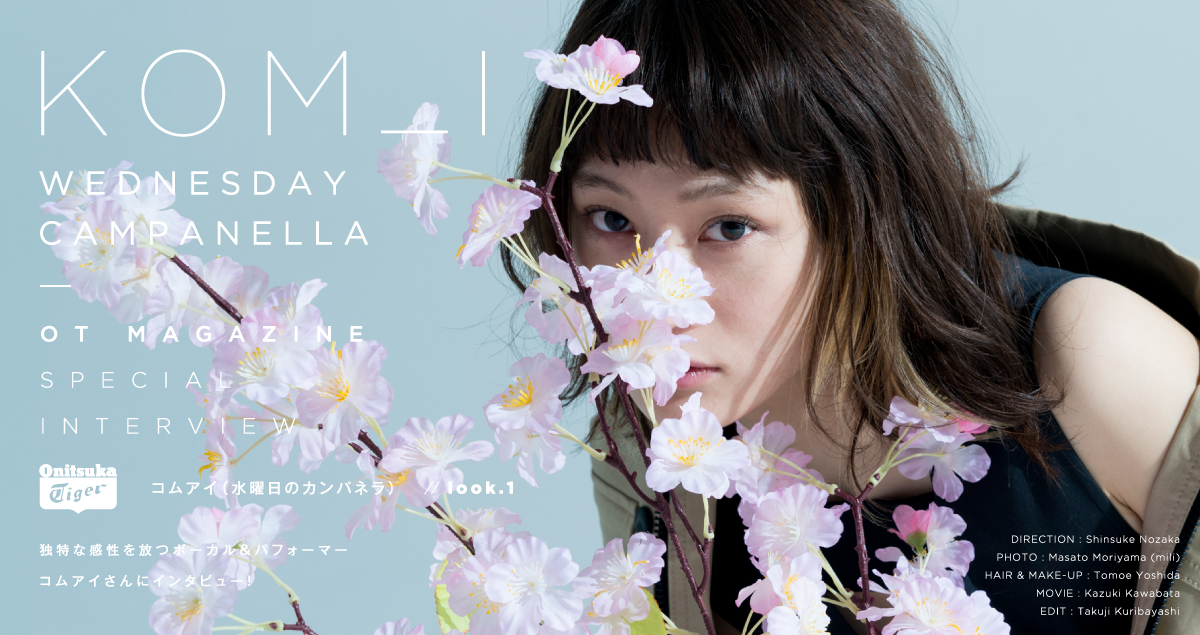 An interview with KOM_I,
a vocalist and performer who exudes a unique sensitivity

KOM_I is from Suiyoubi no Campanella. With clean-cut looks and a distinct vibe, she’s a great performer known for more than just her singing. In this interview we talk with KOM_I about lots of topics regarding music and fashion. 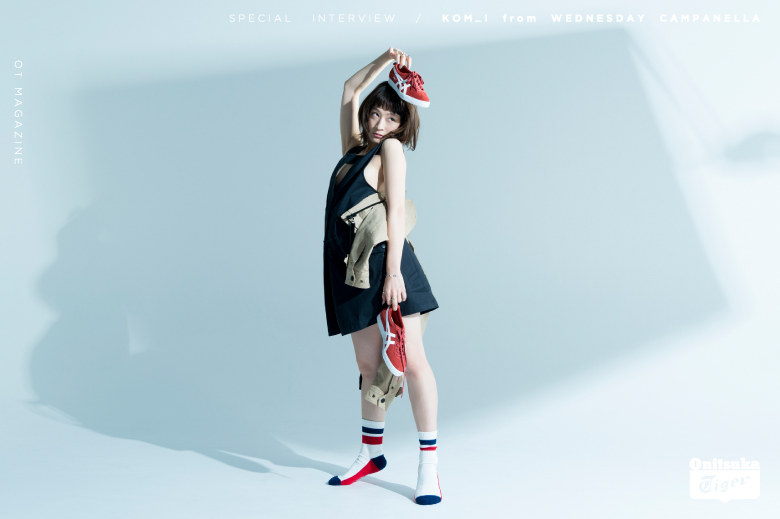 ── All of those innovative poses were great!

Oh, I don’t know about that (haha). I’m kind of a contrarian, I tend to be a nonconformist, so I thought I’d do something different from what everyone else has done.

When I first saw their clothing line that was done in collaboration with Andrea Pompilio, there was this mesh item. It was straight out of the 90s. And these thick-soled sneakers too. There was all this chunky stuff made with thick parts, it really brought me back to my childhood. So I got really interested in Onitsuka Tiger, reminiscent of my “I just gotta have that” phase, and that’s what led me to buying my first pair of shoes from them. 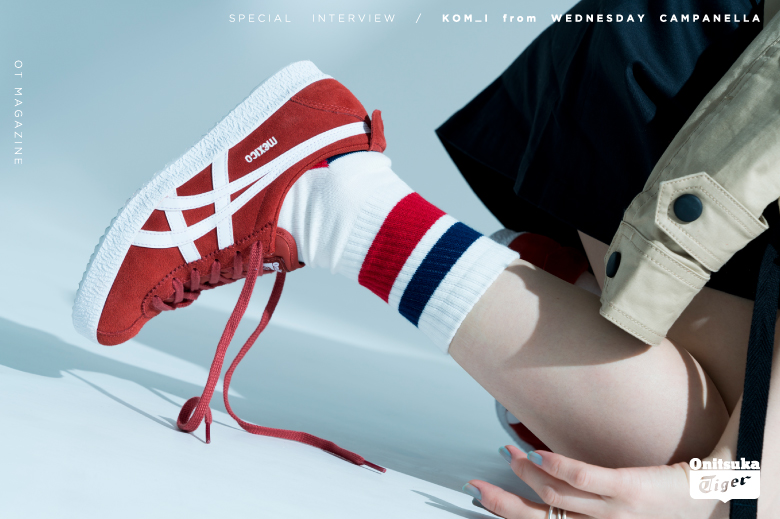 ── What do you think about these clothes?

The basic design has kind of a high school look to it, but they also seem like quality products. It made me think of that well-cultured “girl from a respectable family” image. I like that mix.

── If you were to make a music video using this kind of outfit, what sort of image would it portray?

I would make it the kind of setting where you’d find squatters who go into vacant buildings, tear out the floor and take up residence there. And then have all these rich kids who each chip in 10,000 yen for a rundown sharehouse somewhere; I’d like to portray the kind of girl who goes back and forth between those two types of places.

I want to show the character contrast of a person who’s the “good girl” at home, but who also likes to take a walk on the wild side.

I didn’t really come from a good home, actually (laughs). I was just raised in a regular home, without any culture or the finer points of life.

I always envied those kinds of environments that had visual arts and poetry. So then later, when I came into contact with adults from that kind of background, I feel like that was when I had my first taste of real culture. 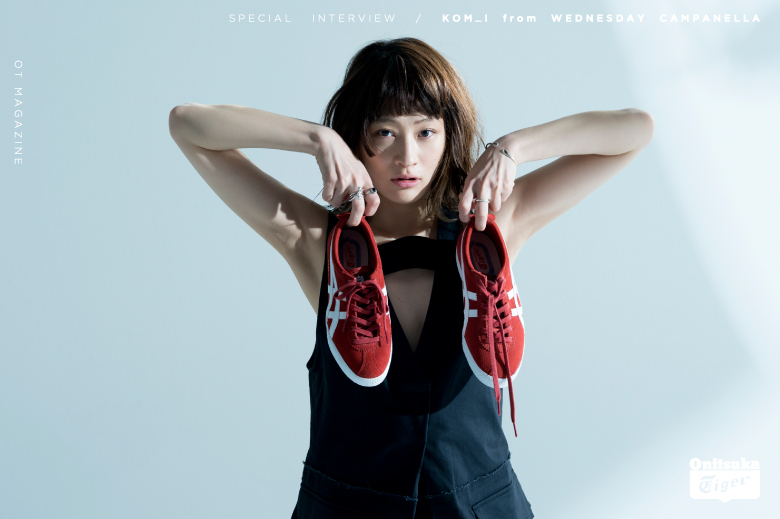 ── Could you tell us some of your thoughts on the album SUPERMAN?

Well it’s kind of a negative outlook, but I named it that because I don’t think there will be a Superman coming to save us in 2017. We need people who become the link between society and the kinds of feelings people usually have. I don’t want to go through life without anything ever changing, so I’m hoping someday Superman actually will appear.

── Are there any particular tracks on the album that you’d recommend?

Last year I got really into Noh. Inspired by Noh composers Kanami and his son, Zeami, I came up with the idea for the song Zeami. The feeling created by the tense sounds and voices really appealed to me, so that’s what I liked about Noh.

── The song Ikkyu-san is quite the hot topic; do you have any stories about the shooting of the video for that?

The character I played in that, Kyomuzo, broke a folding screen. That was fun. The set artist made it by hand, and there was only one extra, so there was a lot of pressure on me to not mess it up (laughs). 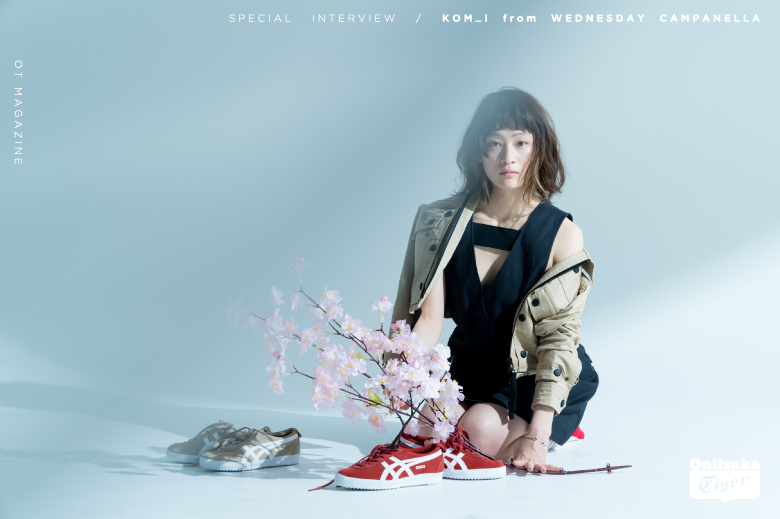 ── What kind of stage would you like to set for your upcoming concert at the Budokan in March?

The Budokan has an interesting octagonal design; I’d like to put the stage right in the center, to provide everyone with a good view. I really want to get it just right.

── Are you involved in the selection of outfits that you wear on stage and in shoots?

Yes, I choose who does my hair and makeup, so I just think about what I should wear for each situation. Together with my hair and makeup staff, I try to visualize the look I want to create, and they put together some things for me to wear, and then I choose from them.

── What does the idea of artistic expression mean to you?

I want to put forth a lot of different ideas, first and foremost. And beyond that, I like to branch out with different tools. The music brings out those tools. I can take a complex and delicate vision, and translate it into something that can be interpreted impartially regardless of who experiences it… that’s what I really love about music. 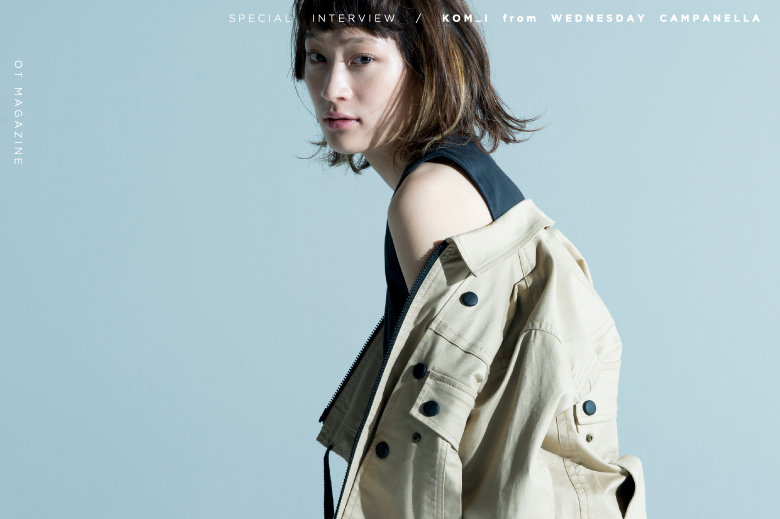 →In next month’s LOOK.2, we’ll have more from KOM_I, including some more personal stuff!

Established in 2013. The members are KOM_I, Kenmochi Hidefumi, and Dir.F. Momotaro, from the collection Watashi wo Onigashima ni Tsuretette, released in November 2014, became a hot topic online and on radio.

The album Zipangu hit stores on November 11th, 2015. Zipangu is a collection of favorite tunes, featuring Twiggy, seen on Yahoo Auction and TV commercials, as well as Ra, a collaboration project done with Nissin Curry Meshi 2.

The EP “UMA” was released by Warner Music on June 22nd, with assistance from creators overseas, and featuring numerous sound variations.

The album SUPERMAN was released in February 2017.

In March, she is slated for her first solo performance at the Budokan.