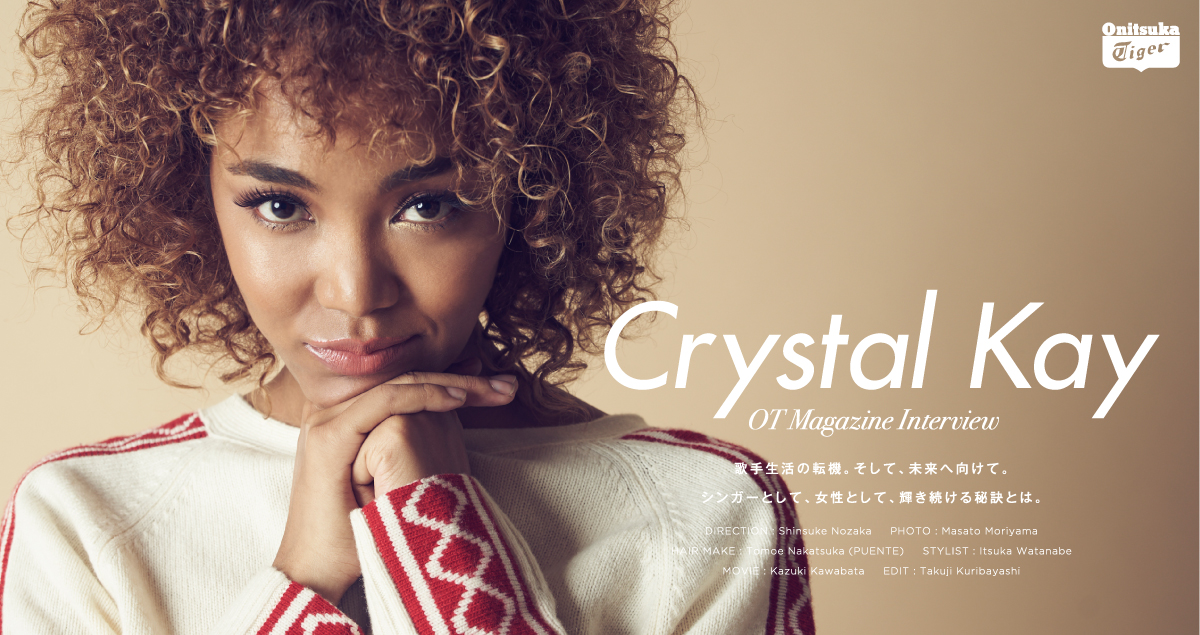 This is part two of our Crystal Kay interview
She’s reached a turning point in her singing career. Now, she has her sights set on the future.
This is her secret to success, as a singer and a woman.

Crystal Kay is known for being positive and cheerful.

It’s been about twenty years now since she started her singing career, and she’s encountered some hurdles along the way. Now she’s reached a turning point, and she’s feeling optimistic as she looks toward the future. 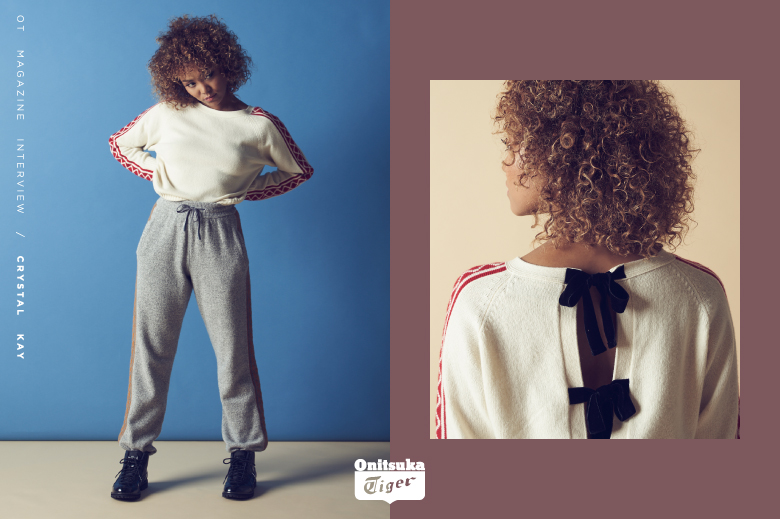 ── Did you experience anything in particular during your singing career which made you realize you’ve reached a turning point?

── Going in to your late twenties, lots of things come up, don’t they?

Yeah, when you talk to people around the same age, they all have a similar outlook on life. Then I realized, “Hey, I guess everyone is experiencing the same kinds of challenges that I am,” you know?

So it kind of helped me to view things more from a general perspective, rather than this kind of self-centered one.

After that, my songs became more for people in general rather than just about my personal experience, and it feels like that also made my mindset, music, and performances better. And it’s also had the effect of making singing more fun! So, living in New York really helped me discover my identity.

── It seems as though the album For You also has that element as part of its makeup.

Yeah. Just as the title states, For You means that my songs are for my listeners. There are some different themes, but all of them are meant to have a positive effect on my listeners. 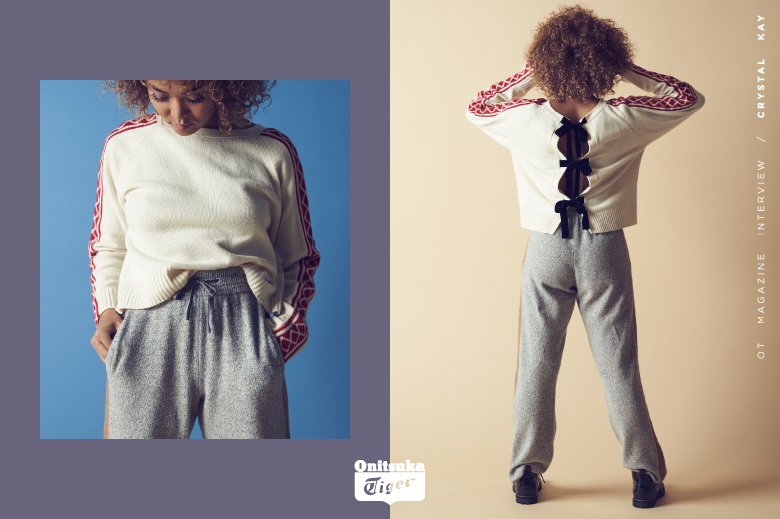 ── Next year you’ll hit the two-decade mark as a singer; do you have any big plans?

I want to do a 20th anniversary tour! And I want to put out an album. And it would be nice to do something with Onitsuka Tiger, too.

── To get right to the heart of the matter, what is singing to you?

I’d die without it (lol). Ever since I was little, I’ve loved singing and dancing. You can connect people with music even where there are no words to express an idea. I think without it, the world would fall apart.

── You’re known for your smiles, so could you tell us what the secret to your positivity is?

I think the biggest things are exercise talking. I think it’s really important to be able to get rid of excess energy, and change your mood. 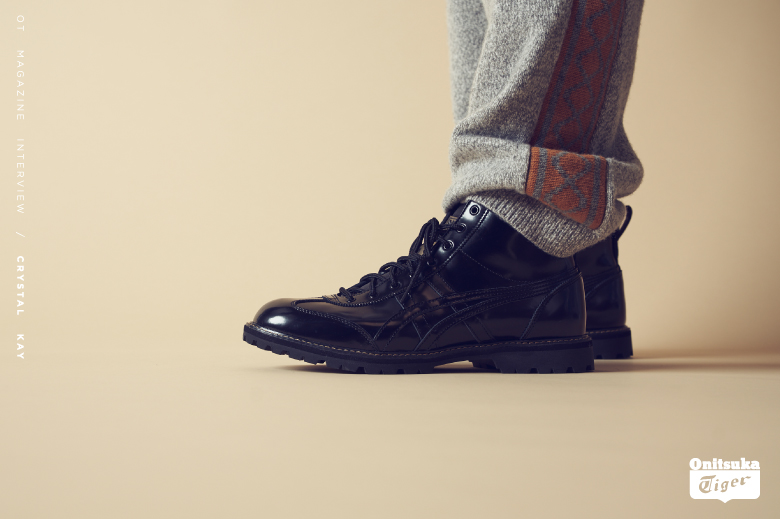 ── So, just to change the subject, where do you see yourself in ten years?

I want to be a cool older lady. My parents are from Korea and the U.S., so I think ten years down the road, it would be great to build a bridge between the world and Japan!

I need to maintain my style (laughs). And really stay healthy. In summer I took a trip to Sweden, and all the older people looked really young! I think it has to do with lifestyle, and health, but I got the impression they also really enjoy life.

── Do you travel a lot?

I wish I could travel all the time. When you get a chance to come in contact with all kinds of people, see different cultures, and try food in the place it comes from, I think those experiences affect your music too. What you felt at the time can become a song, and it also broadens the scope of the music world.

I love World Heritage sites. I really want to visit more of them. 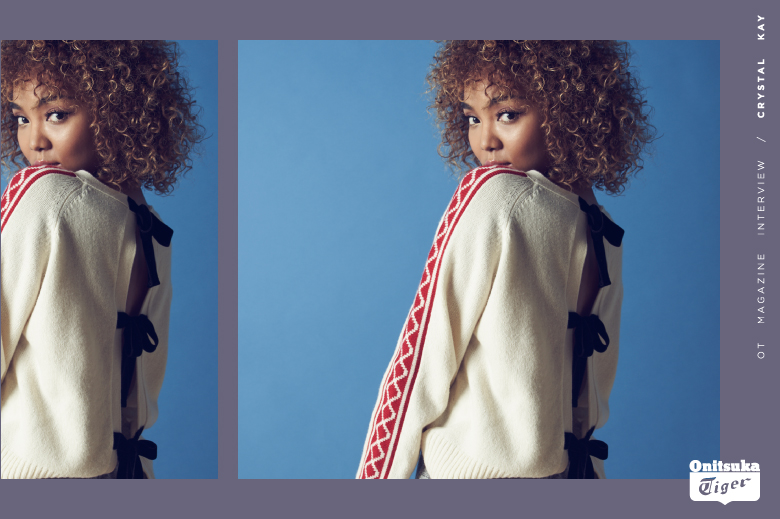 ── Tell us about something you’d like to accomplish while you’re still in your 30s.

I want to make it to the number 1 spot (haha). Even for singles, the highest I’ve made it in the charts is number 2, I’ve never made it to the top spot even once. And I want to have kids. A boy and a girl! My mom had a real hard time, and I think if I become a mother, it might be that way for me too.

── Is there anything that’s really made you feel happy recently?

I guess when I had dinner with my mom, grandmother, and a nice couple that lives in the neighborhood. Having good food with people I care about makes me feel good.

── And last, tell us about the buzz behind your concert coming up at Billboard Live Osaka in December!

At Billboard, there’s not much distance between the stage and the fans, so it looks like it’s going be a nice and cozy Christmas show. We should be able to really enjoy the music and make the most of the night. I think it would be a great show for either couples or the whole family. This concert has an unusual setup, so it’s a rare chance to have a special night! Come and check it out! 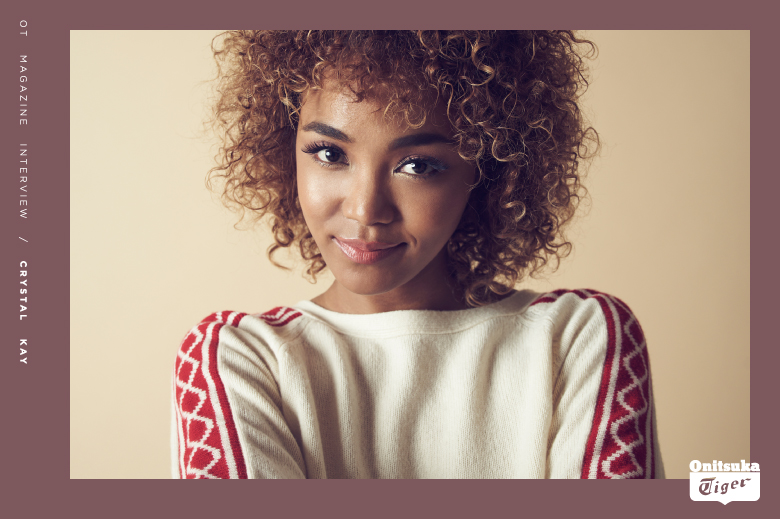 Released her debut single “Eternal Memories” in 1999. She broke big with such hit singles as “Boyfriend -Part II-” and “Koi ni Ochitara.” She has made further strides as an artist by signing with Universal Music Group in 2011, and setting up shop in New York from 2013. The second chapter of Crystal Kay’s musical career began in 2015. She released three hit singles “Kimi Ga Ita Kara” (theme song for the TV drama, “Wild Heroes”), Crystal Kay featuring Namie Amuro “REVOLUTION”, “Nando Demo” (theme song for the TV drama, “Otona Joshi”), and her 11th album “Shine” is a long-running hit. In March 2016, she released her single “Sakura.” All four concerts for her “Crystal Kay LIVE TOUR 2016 Shine” were sold out. In September 2016, she released “Lovin’ You” the theme song for the TV drama, “Non Mama Hakusho.” In February 2017, she released the digital-only single “Faces,” and later all four Billboard Live & Blue Note concerts were sold out. The second act of Crystal Kay’s musical career is gaining in momentum and attracting wide appeal this year again.